Todd Woodbridge fumed that it was tanking, but Nick Kyrgios has revealed the zen moment against American Brandon Nakashmia that gave him the most clarity he has ever had on court – and ensured he booked a place in the quarter finals at Wimbledon.

To date, it has been vintage Kyrgios tennis at Wimbledon. He has been fined twice, spat towards a fan and called World No.5 Stefanos Tsitsipas ‘soft’ for the opening four rounds – but he has combined that with brilliant tennis. 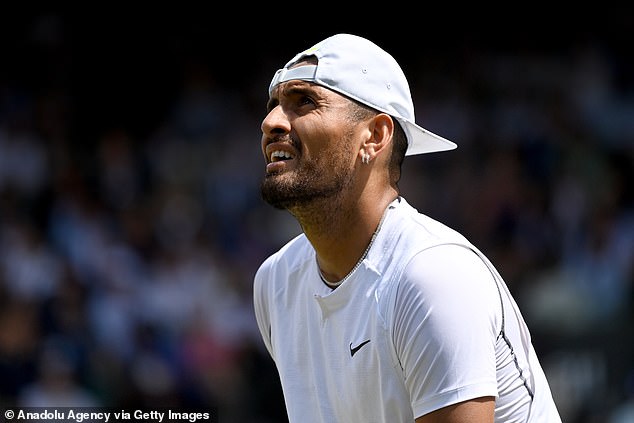 At a moment where Kyrgios is known for throwing in the towel, he instead found composure

An explosive meltdown seemed imminent in the final game of the fourth set when Kyrgios put hardly any effort into his service game to hand the set to the American.

‘Why would you tank this game? Because that is exactly what this game is at the moment’, stunned nine-time Wimbledon doubles champ Woodbridge said in commentary. 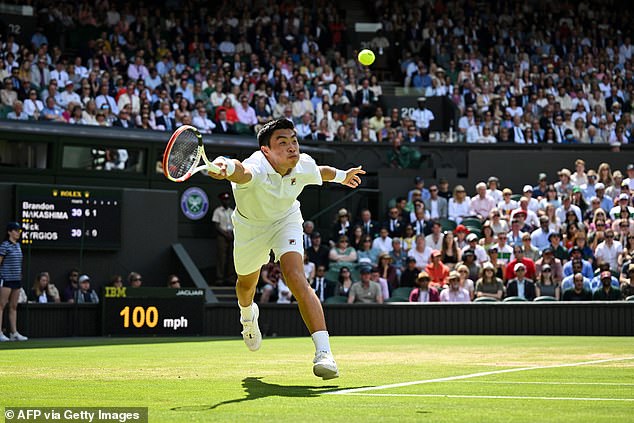 When Kyrgios was firing, his opponent Nakashmia found it very hard to even return the ball

‘He’s throwing this game to see what might happen at the start of the fifth. He needs to stay focused here, he’s lost his way.’

But Kyrgios, who was battling a nagging shoulder injury, defied expectations to lock down and compete hard in the final set to secure a famous victory.

The Australian star said he used that moment at the end of the fourth set to soak in the Wimbledon atmosphere, privately congratulate himself and instead of melting down, talk himself into a state of calm that allowed him to complete the job.

‘That’s probably the first time in my career where I wasn’t playing well, regardless of playing centre court Wimbledon, fully packed crowd, [and] I was able to just say, “Wow, look how far I’ve come”, to myself,’ he said.

‘I was bouncing the ball before I served. I really just smiled to myself. I was like, ‘We’re here, we’re competing at Wimbledon, putting in a good performance mentally’.’

‘I’m just proud of the way I steadied the ship.

‘You know he came firing in the fourth set, his level didn’t drop. 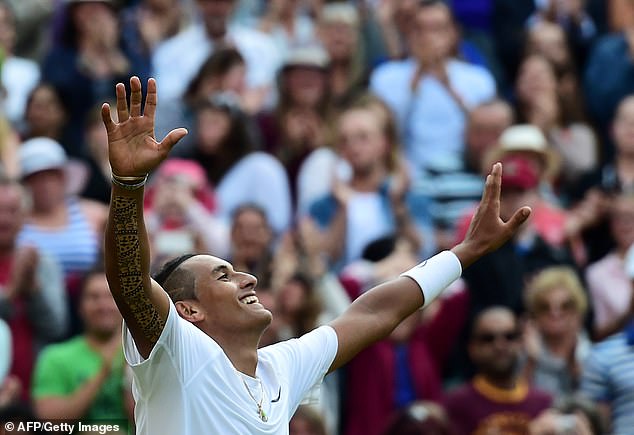 ‘My five-set record is pretty good. Honestly, that’s what I was thinking about.

‘I’ve never lost a five-set match here. I was like, ‘I’ve been here before, I’ve done it before’, and I came through again.’

Kyrgios said he also drew on his famous quarter final victory over Rafael Nadal in 2014 to help collect himself mentally. 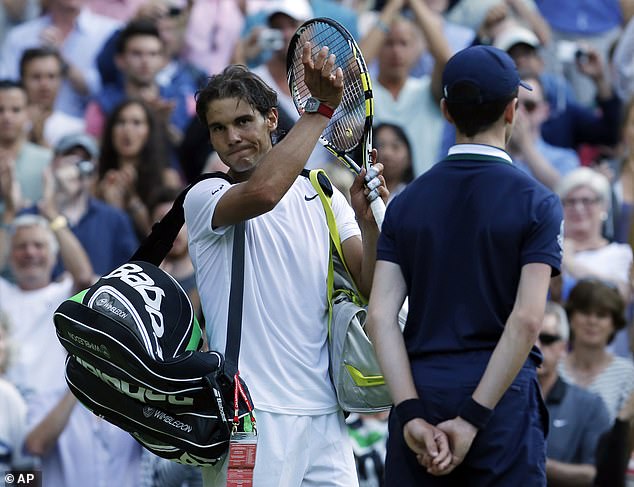 Nadal pays credit to Kyrgios and thanks the crowd back in 2014. He could be waiting for Kyrgios again at the business end of the 2022 running of The Championships at Wimbledon

‘I stepped out here against one of the greatest of all time and beat Nadal, so these are all things I had in the back of my mind,’ he said.

‘Obviously Brandon hasn’t played on this court that much. I think that was his first time, so you know all these experiences that I’ve had, I think that’s what got me over the line.’

Waiting in the quarter finals will be Chilean Cristian Garin who came back from two sets to love down for a famous win over Aussie Alex de Minaur.

Kyrgios said he was disappointed to miss out on facing de Minaur in an historic all-Australian quarter final.

Sharon and Ozzy Osbourne Celebrate 40th Wedding Anniversary: 'Always at Each Other's Side'