When he is not organising impromptu, showy Q&A sessions on Twitter and criticising journalists for shining a light on the ludicrous decision to hand the World Cup to Qatar, Wigan Athletic owner Talal Al Hammad might want to sort the wages out for his players.

Agenda was informed that salaries were paid late last month by the Bahraini businessman, with the ‘Queen’s Jubilee’ blamed for the delay.

This month they were late again, with ‘issues with foreign banks’ cited, amid a promise that monies due on Friday will land on Monday. 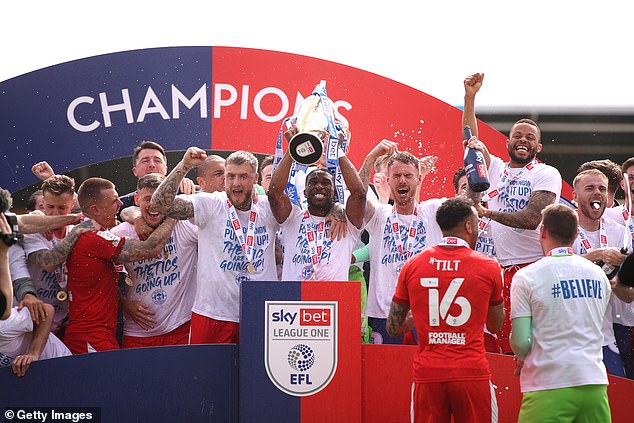 On Saturday, chief executive Mal Brannigan asked Agenda if ‘there was anything we can do to keep the story out’. On Sunday night, a club-sponsored version of events with soft quotes from Brannigan on the issue appeared on the local paper’s website claiming that the club’s financial health was ‘strong and stable’.

This is a worrying development that comes on the back of a summer in which the Latics have failed to add any new bodies to their squad as they return to the Championship.

Alarm bells are ringing once again at the DW Stadium with players and staff known to be considering their futures. Chief financial officer Richard Bramwell has also stepped down from the board of directors.

The club add that they signed a significant number of players last season and did not expect to be active in the summer window. One to watch. 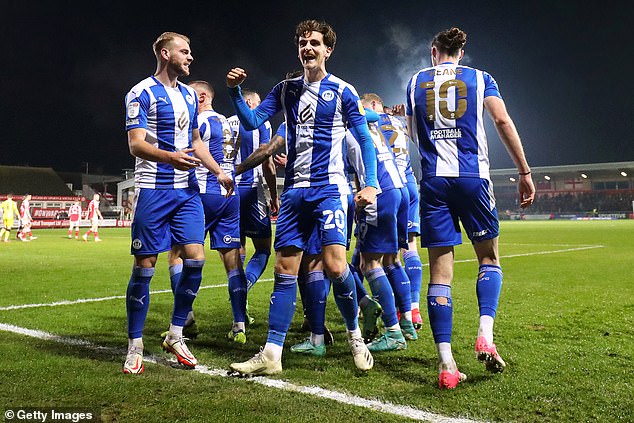 This column reported last week how BBC tennis correspondent Russell Fuller emailed staff ahead of Wimbledon pleading with them not to mix up their ‘matches’ and ‘games’.

But presenter Isa Guha did just that on day one – before correcting herself. It was a rare misstep from the former England cricketer, who impressed Beeb bosses in the first week with her polished performance and seamless transition from Test Match Special.

Guha, 37, is known to have admirers at Sky and may become a mainstay of the BBC’s coverage across sports, should the broadcaster know what’s good for it.

She will host the daily highlights package on BBC One for the forthcoming Commonwealth Games. 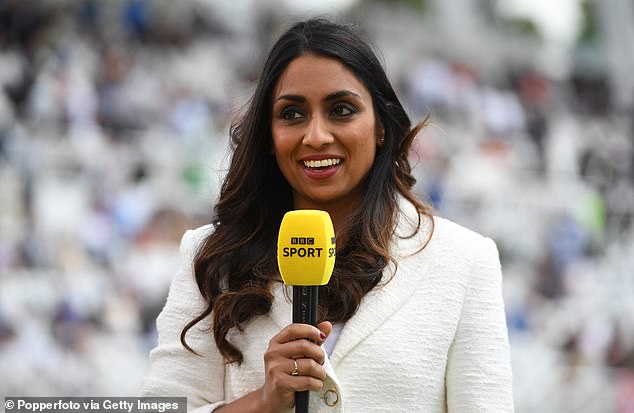 Confusion reigned at Wimbledon on the opening two days when WiFi issues led to a problem with the tills.

This meant punters were unable to pay for drinks, meaning the alcohol was free in both the media bar above the press centre and on Court 1.

Staff took names of those who ordered drinks with a view to billing them after the tournament. Good luck with that. 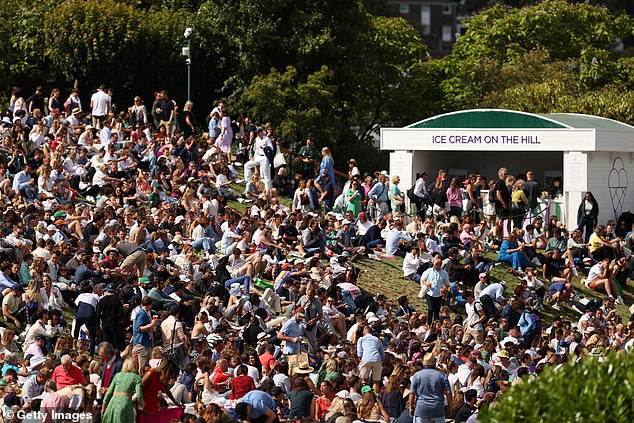 A deeply unpleasant moment at the press conference which followed Ukrainian Lesia Tsurenko’s exit when a Serbian journalist saw fit to inform her that Serbians liked Russians and had not sanctioned the country. Tsurenko was furious.

‘How can you support a war?’ she asked the moron. ‘Russian people are happy when Ukrainians are dying. They are idiots.’ 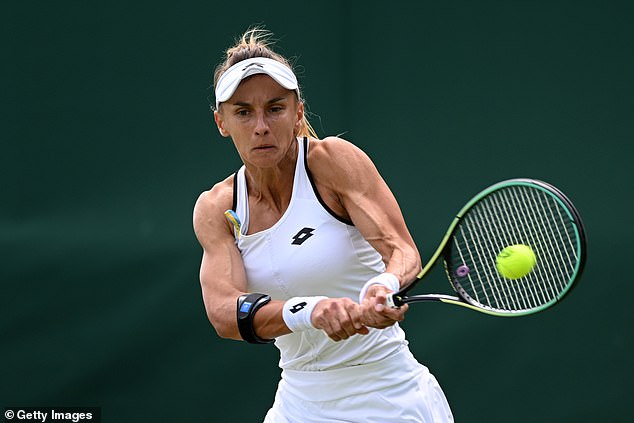 Officials from Red Bull were left in no doubt that they were on enemy turf at a Silverstone fan event on Thursday.

Crews in Red Bull gear fired free t-shirts into the crowds but were met with loud boos and chants of ‘Lewis, Lewis…’ Not the wisest PR move.

Indeed, the departure of highly rated communications chief Jamie Fox appears to have already had a negative impact.

Boss Christian Horner was left red-faced in front of the press pack when he burst into the team principals’ press conference five minutes late, only to see the stage occupied by his Mercedes, McLaren and Haas counterparts.

With Horner’s marketing director – who has taken over communications functions – sent into a panic having realised her boss was in the wrong place, FIA officials stepped in to point out Horner should have been in the media broadcast pen – for which he was even later. 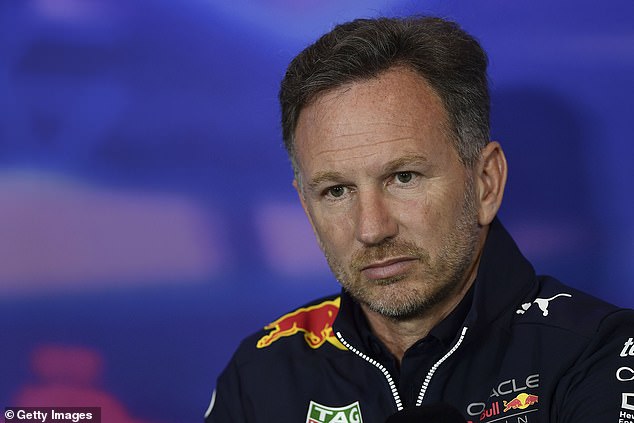 The England men’s team’s surge to the final of last year’s Euros saw huge demand for shirts, which resulted in sell-outs at stores.

Sadly, it would appear that lessons have not been learned.

Nike released the new kit last month and fans are already complaining that the jerseys – at up to £99.95 a pop – are increasingly hard to find with four months to go until the World Cup kicks off in Qatar.

CONCERN OVER LACK OF EUROS PROMOTION

Much has been made of the chance to promote women’s football via the Euros, which start when England take on Austria on Wednesday.

However, insiders fear that, once again, the chance may go begging. There has been a noticeable lack of promotion from sponsors ahead of it, with few promotional events or access to players arranged.

The FA, who are proactively seeking publicity and assisting with interview and PR requests, may be tearing their hair out.

UEFA too are hardly covering themselves in glory.

Journalists seeking to cover key matches – which have not sold out – are having nightmares trying to secure access, with the BBC among those being bluntly told that there is no room in the press box, despite the prospect of the games in question taking place in front of numerous empty seats. 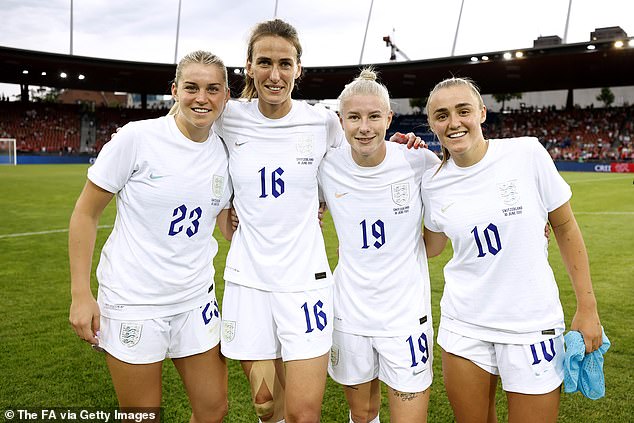 BBC executives have infuriated many of their sports staff by omitting two of Radio 5 Live’s most experienced commentators from their coverage of the 150th Open at St Andrews next week due to their continued obsession with celebrities.

Olympic curling gold medallist Eve Muirhead has been added to the team led by golf guru Iain Carter — in preference to rugby correspondent Chris Jones and golf specialist James Gregg, who commentates regularly on the PGA Tour for Eurosport.

Jones is having a quiet summer as 5 Live have bizarrely opted not to send a commentary team on England’s three-Test tour of Australia. The BBC have justified Muirhead on the grounds of needing a Scottish voice in their team. 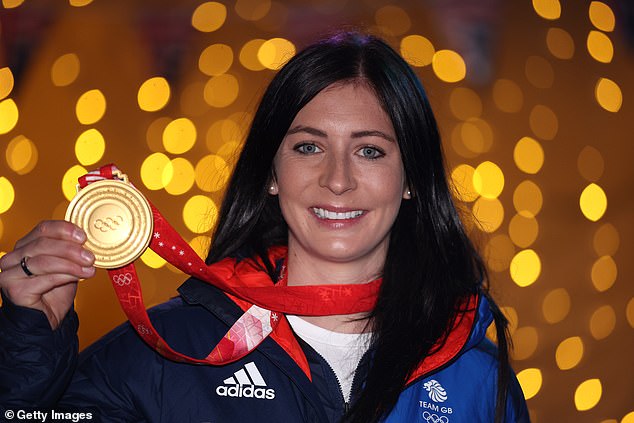 The last Eton v Harrow match at Lord’s, on Tuesday, made a profit of around £200,000 for MCC, whose attempts at a PR offensive backfired.

Henry Blofeld did not turn up for drinks in the committee room – he was said to be indisposed – and the committee was given an ear-bashing by another guest, Robert Titchener-Barrett, who wrote the definitive history of the fixture.

At the end, Guy Lavender hosted a drinks party for 200 (the crowd was 4,100, far bigger than a Championship match) and, when he raised a glass to the history of the match, having said it would have no future at Lord’s, he was met with stony silence.