A WOMAN has described how she is struggling to cope with her petty neighbour, who keeps erecting small brick walls to encroach on her property.

Amanda Lynne took to TikTok to share a video of a brand new 30 centimetre wall strangely positioned between an existing white fence and what appears to be a metal box.

“They built a new encroachment on my property, so I removed it and left them a note,” Lynne said about the property line dispute involving her “neighbours from hell”.

In the video, which has amassed 225,000 likes, Lynn can be seen taking down the flimsy five brick-long and three brick-high wall – one brick at a time.

She then proceeds to leave the brick on his lawn, near a planting bed.

“Something we are not doing… no, Sir… next time they will become mine,” Lynn, who hails from the United States. 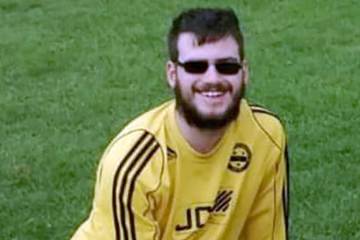 Once she has removed all the bricks, Lynn leave a note which reads: “Stop putting your stuff on my property!!”.

The video of the neighbour’s petty wall has prompted a flurry of reactions on TikTok.

“There was literally zero reason for them to put that there. That was solely to be a Richard,” Casey Dowling said in reference to the male version of a Karen – a pejorative slang term for an angry, entitled, white woman.

Ali Rose replied: “Not just a Richard. A bag of Richards.”

“They could have at least done a good job building that mini wall,” Uncle Junk also joked.

User Ken, meanwhile, summarised the situation: “Give the neighbours an inch and they will ask for a foot. Give them that foot next thing you’re in a property dispute.”

Other users have shown support for Lynn, saying: “I support petty”, while Katie Motko added: “[You] should have stacked it up in the shape of a middle finger.”

Other users, however, wondered why Lynn was no annoyed at the mini wall.

“Genuinely curious: how does that bother you? Its only a few blocks,” one user wrote, while another replied: “You would be a joy to live next too [sic]”.

This neighbour row come after a dad claimed his life was turned upside down after his neighbour decided to knock down his house and rebuild it with 2 meter high decking level with his fence.

He was forced to spend £50,000 so that the neighbours couldn’t look into his garden from their deck.