A MODEL with DDD size boobs has claimed that she always get asked the same stupid questions.

Taking to TikTok, Romey revealed the queries she faces on a daily basis – with some that she even can’t answer herself.

In one clip, the model, who hails from Los Angeles, said she regularly gets asked by brazen onlookers if her plus size breasts are fake.

Posing in a tiger print bikini top, she quips: “I did it myself.”

In another video posted on the social media platform, Romey says she regularly gets asked why she is still single.

Spoofing an audio clip from the popular HBO series Euphoria, she noted that she was just as “confused” as everybody else. 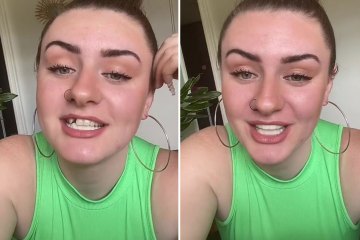 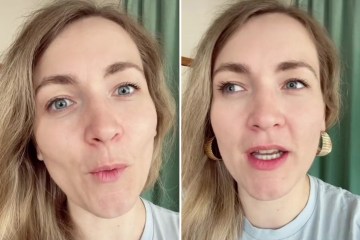 “Isn’t that such an annoying question,” one replied in the comments, to which she emphatically replied: “Yes!”

It comes as several women have complained about the adverse effect their large cup size has on their day to day lives.

From pulling shirt buttons to unwanted attention, the struggles are endless – as another woman, who is also from the US, pointed out.

Qunisha, who goes by the acronym @qu_nisha, took to TikTok and shared one video, which has since received over 121,000 views, and penned: “When all they see is yo boobs.”

In the short clip, she can be seen reenacting a scenario where she’s meeting someone for the first time.

In a second video, Quinsha goes on to discuss other problems she experiences with having big breasts.

“Everyone wants big boobs until…” she begins.

She also goes on to note that she can’t sleep on her stomach and adds: “Ooh don’t forget that back pain!”

In May, a teen who was taunted since the age of 13 for her large breasts exclusively told The Sun that she’s constantly getting unwanted attention by men.

Anya, 19, from Gold Coast, Queensland, insisted she “doesn’t want them” and would prefer to have smaller boobs so she could fit into nice tops and bras.

Pope Francis Says Abortion is Like 'Hiring a Hitman'

F1 British Grand Prix: What is halo and how does it save lives?