Alex Volkanovski made a very accurate prediction about how Max Holloway would come out of their title clash at UFC 276 – and he didn’t even have to speak a word.

The Aussie featherweight champ romped to a unanimous points decision in Las Vegas on Sunday, never dropping a round to his old foe in a dominant display in their trilogy bout.

Volkanovski and other stars on the card were asked to sketch their opponents before the event kicked off in a ‘putting the art in martial artist’ promotion for the UFC – and he hit the nail on the head with his drawing. 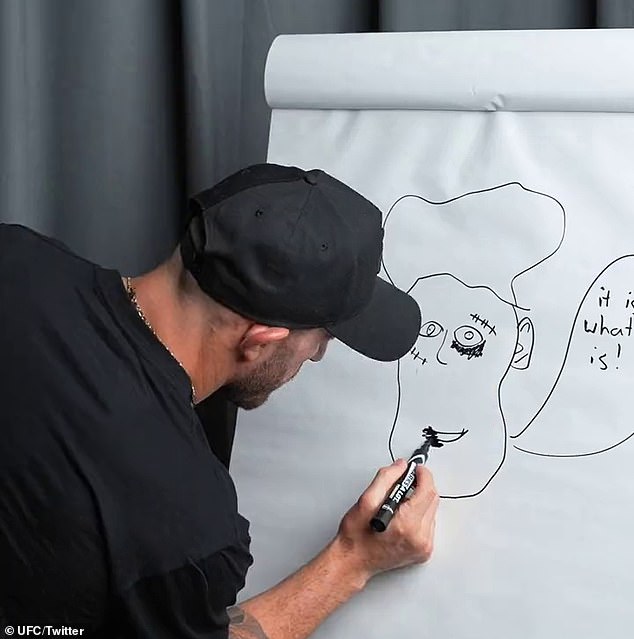 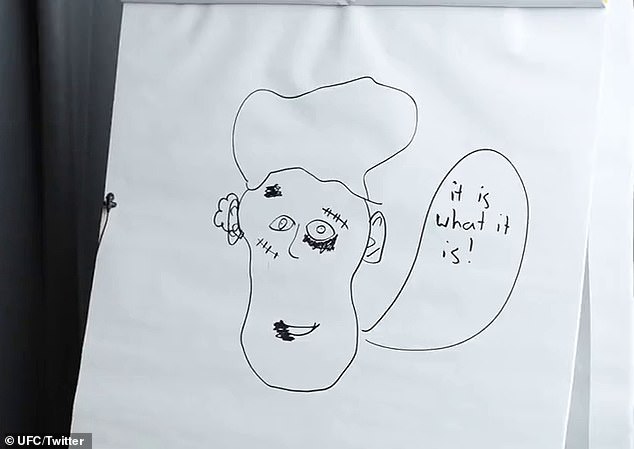 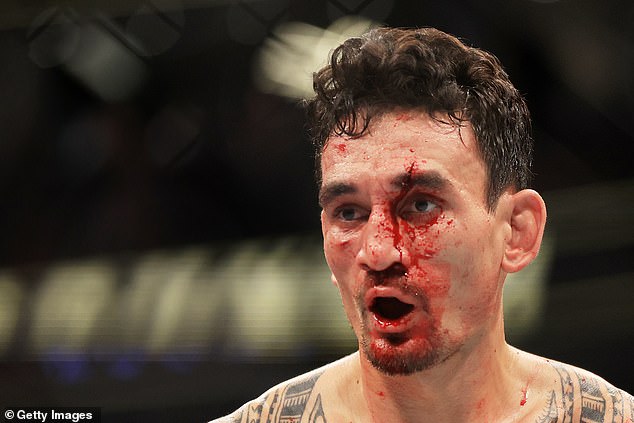 Life imitates art: Holloway suffered a huge cut over his left eye, a bloodied mouth, a cut under his right eye and a bloodied forehead – just as Volkanovski’s drawing predicted

The finished product showed Holloway with a series of stitches above his blackened left eye, a cut under his right eye, fat lips and another cut on the right side of his forehead – and it was very close to the mark.

The American suffered one of the worst cuts seen in the octagon when Volkanovski smashed him over the left eye with an overhand right in the second round. It was so serious he had to be treated in hospital after the fight.

But that wasn’t the only similarity to the Aussie’s sketch – Holloway was also left with a smaller cut under his right eye, a bloodied mouth, and a wound on the right side of his forehead, just as predicted.

‘He’s got a weird-shaped head, sorry,’ Volkanovski says in the video as he creates his artwork.

‘We’ll have a bit of a shiner, bit of bruising there, couple of little nicks here … that’s f***ing terrible, isn’t it?’ he laughs after turning in the finished product. 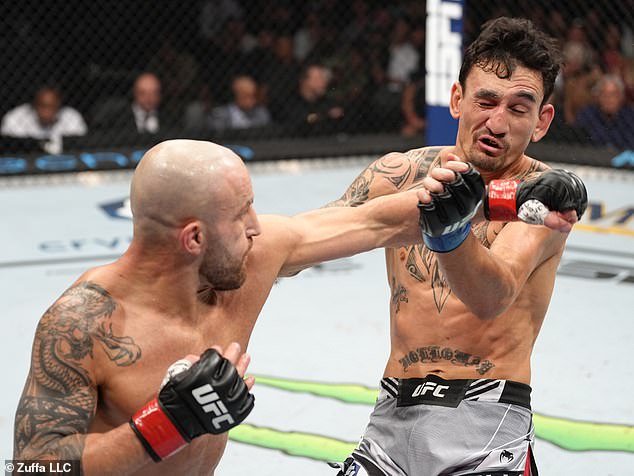 Volkanovski rocked the Hawaiian throughout their bout, even though he broke his left hand in the second round 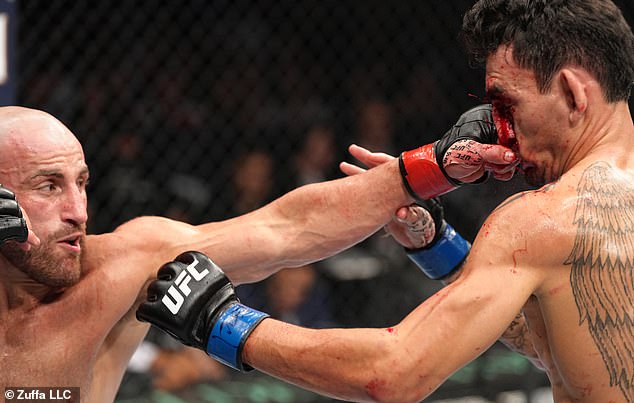 The Aussie soldiered on and refused to favour his right hand as a result of the injury, with his famously damaging left jab landing almost at will

Inflicting all that damage came at a cost, however, with the champ revealing after the fight that he’d broken his left hand in the second round.

‘No idea how I did it, but I knew,’ he told the Daily Telegraph.

There was no sign that he’d suffered the injury, either, as he didn’t favour his right hand and kept landing his famed left jab throughout the remainder of the bout.

The big question for Volkanovski is now that he’s proved he has no peer in the featherweight division, where does he go from here?

He’s on the record as saying he wants to headline a UFC card held in Australia, and the ideal way for him to do that would be to get a crack at his ambition of holding belts in two weight divisions at the same time.

In April the NSW south coast-based fighter confirmed he wants to move up to lightweight and become just the fifth double-champion in the history of the UFC. 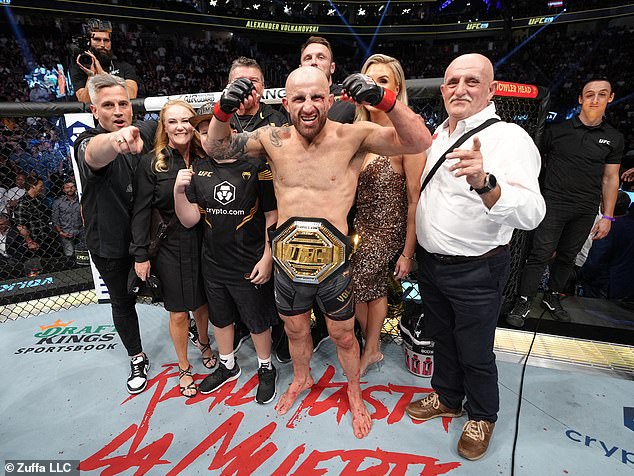 After the fight his father Tode (right, in white shirt) revealed he almost got into a fight with two spectators who said his son was too small to beat Holloway

Charles Oliveira currently holds that title and the Aussie wants to get a crack at it without having to work his way up through the division – something he can argue he has earned by stamping himself as one of the octagon’s most dominant champions.

Meanwhile, Volkanovski’s father Tode told the publication he almost got into a fight at Vegas’s T Mobile Arena before his son stepped into the octagon.

‘I just looked at them and said, “Boys, in case you don’t know, the score is two-nil”.

‘And that was it. They wanted to fight me.’