By Daniel Matthews For The Daily Mail

Turns out an ageing mother might be the story of these Championships, after all.

Even Serena Williams would have done well to top this. From the rubble of the women’s draw, blown open this weekend, is the remarkable figure of Tatjana Maria.

The German, 34, was on maternity leave this time last year. At 8.30am on Sunday, she ferried eldest daughter Charlotte, 8, to practice. 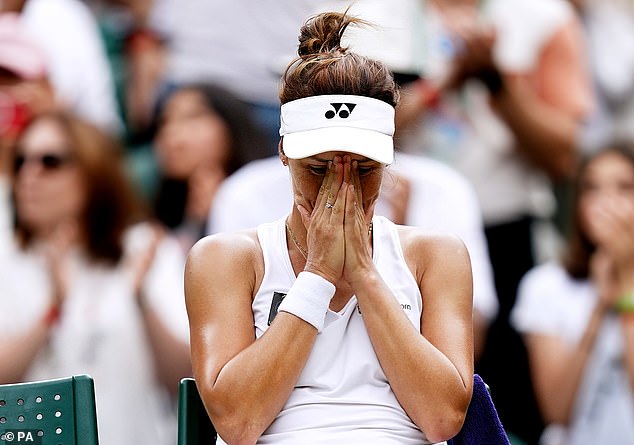 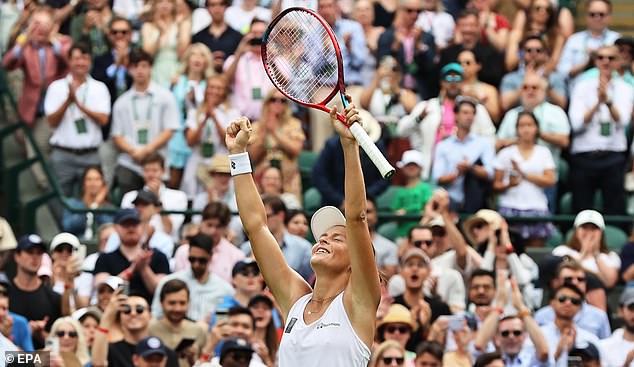 In between, Maria fell a set and a break down to Jelena Ostapenko. She faced two match points against the 12th seed.

But after three undulating sets on Court 1 — 5-7, 7-5, 7-5 — the oldest player left standing broke more new ground. No mother of two had made the Wimbledon third round this century. Next up? Compatriot Jule Niemeier. 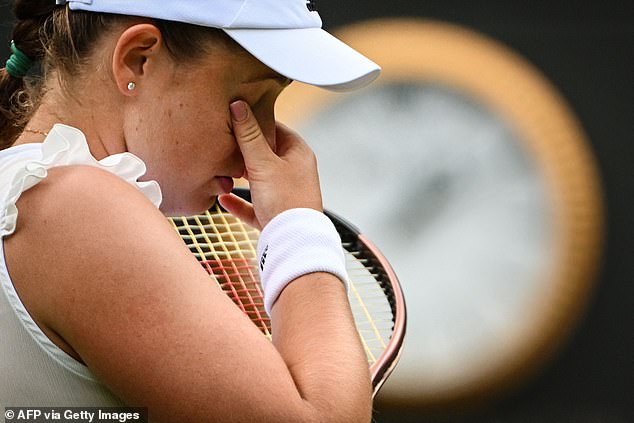 ‘Automatically people think, ‘OK, she got a child, so that’s it’,’ Maria said. ‘[But] there was always the belief I can do it.’

Ostapenko smashed her racket after match point and chucked a bottle into her chair, sending it toppling over. She left to boos.

Ons Jabeur, the highest seed left in the tournament, beat Elise Mertens 7-6, 6-4 to set up a quarter-final with Marie Bouzkova, who knocked out Caroline Garcia 7-5, 6-2.