Wimbledon is currently celebrating the 100th year of Center Court with a grand ceremony on Day 7 of the grass-court tournament.

Veteran tennis broadcasters Sue Barker, John McEnroe and Clare Balding have been looking back at some of the iconic moments from the past with former champions.

Those champions have included the likes of Rodger Federer, Andy Murray, Margaret Court and more. While the stands have been filled with 1,500 refugees and a host of celebrities. 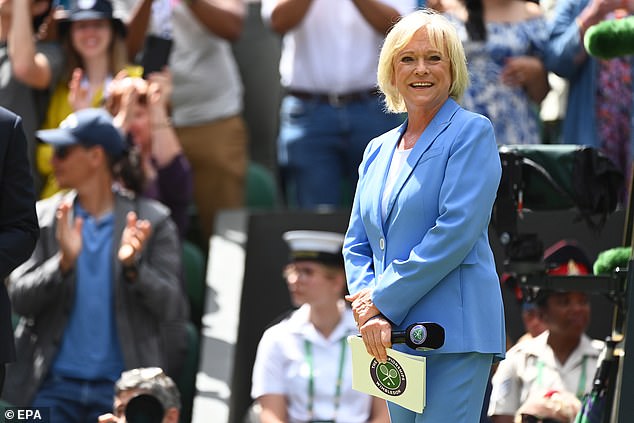 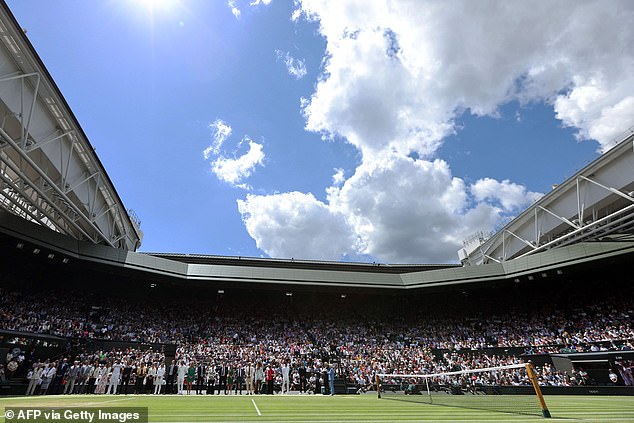 Wimbledon were eager to celebrate the 100th year of Centre Court on Sunday and pulled out all the stops to put on an impressive show.

They recreated the time Sir Cliff Richard serenaded the Centre Court crowd in 1996 during a lengthy delay in play due to rain.

The 81-year-old singer joined the commentary team on the court on Sunday afternoon to sing ‘Summer Holiday’ once again.

With the mic in his hand, Richard made his way around the stands to sing to the fans. However, some supporters took to Twitter to call the viewing ‘cringe worthy’. 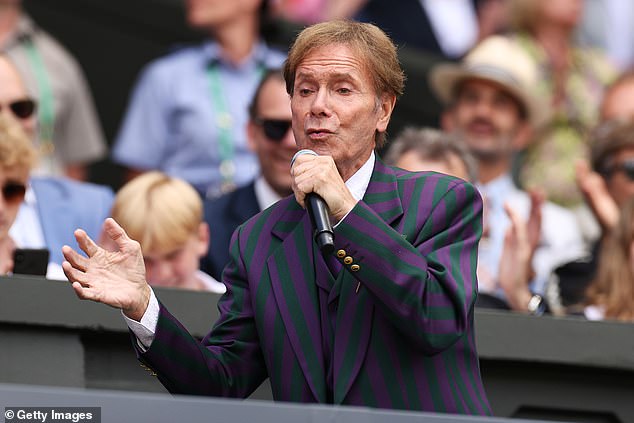 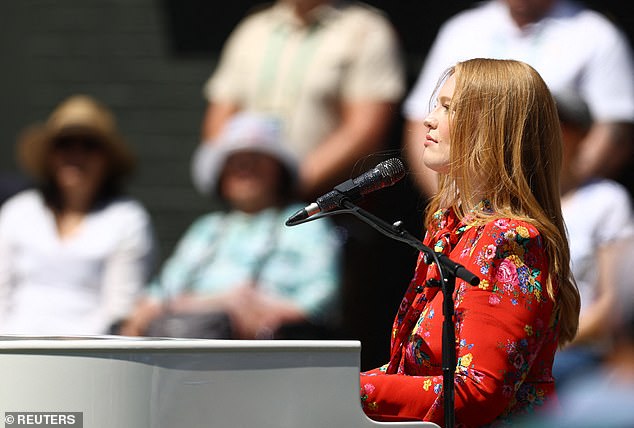 Wimbledon also provided tickets to Ukrainian refugees and donated an additional £250,000 to charity from the All England Club and the LTA.

The stands were also filled with a host of faces including the likes of Tom Daley, Adam Peaty, Kadeena Cox, Max Whitlock and more.

Rodger Federer made a return to Centre Court on Sunday afternoon – wearing a black an all black suit after being ruled out of this year’s tournament. 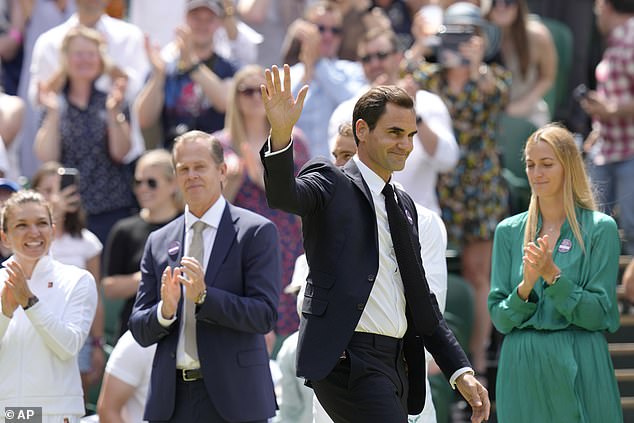 The 40-year-old icon had to withdraw from their summer’s Grand Slam event for the first time since 1999 – 23 years – so he can recover from a knee injury.

However, the record eight-time Wimbledon winner is aiming to return to tennis in time for the 2022 Laver Cup in September.

Nevertheless, Federer celebrated his impressive record in SW19 with the crowd on Sunday afternoon and was received a heroes welcome as he walked out onto the court. 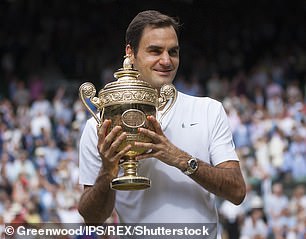 Fans were heard screaming and cheering for the Swiss tennis player – who has provided the world with historic moments over the years.

Speaking at the celebration on Centre Court, Federer said: ‘I hope I can come back one more time. I’ve missed it here.’

Murray was also presented to the SW19 crowd on Sunday – having recently suffered his earliest Wimbledon exit as he lost in four sets against John Isner in the second round.

Centre Court has been the main stage at the Championships since 1922, when the tournament relocated from SW19’s Worple Road to Church Road.

From Althea Gibson being the first black player to win Wimbledon in 1957, to the now-jailed former grand slam great Boris Becker winning the year the Berlin Wall came down, it has hosted many memorable moments in history. 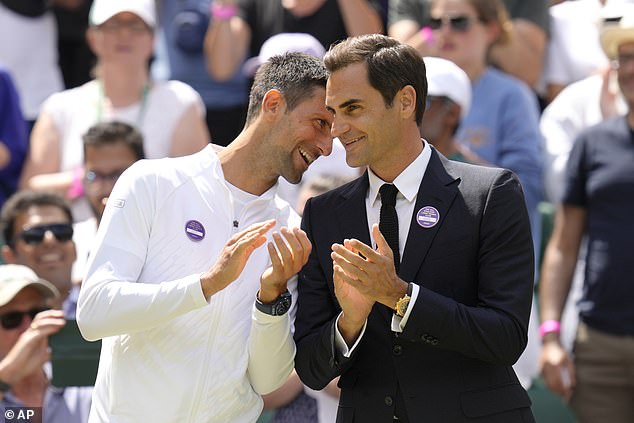 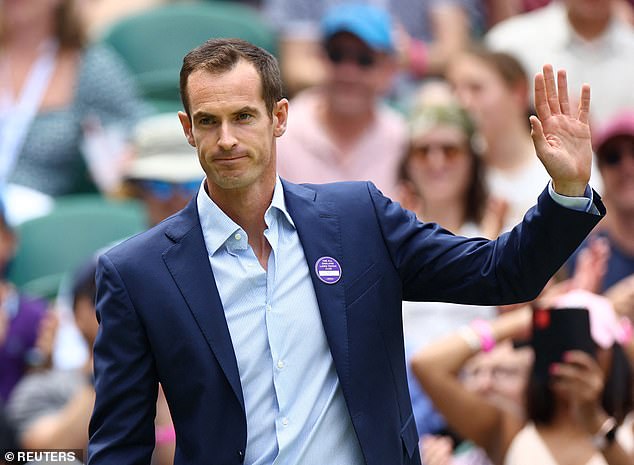 The court was also bombed in October 1940, during the Second World War, and Wimbledon was unable to repair the damaged section until 1947.

Over the last two years, the tournament has been compromised by coronavirus, as 2020 saw it cancelled, while it had a 50% capacity limit in 2021.

As it returns to its prime in 2022, spectators say that public affection for the court has not waned over 100 years.

Adele Says She Was 'Devastated' After Postponing Las Vegas Residency