‘Thank god for the halo’: F1 fans praise ‘life saving’ protective barrier as ‘one of the best inventions this sport has ever seen’ after Zhou Guanyu survives horror opening lap crash at British Grand Prix

Formula One fans have praised the halo as one of the best inventions in the sport after it saved the life of Zhou Guanyu in a horror opening lap crash at the British Grand Prix.

The Alfa Romeo driver was approaching the 160mph opening Abbey corner at Silverstone when George Russell tagged the right rear of his car, sending him on to his roof and sliding out of control.

Upside down, Zhou continued through the gravel before he slammed into the tyre barrier and was launched into the fencing. 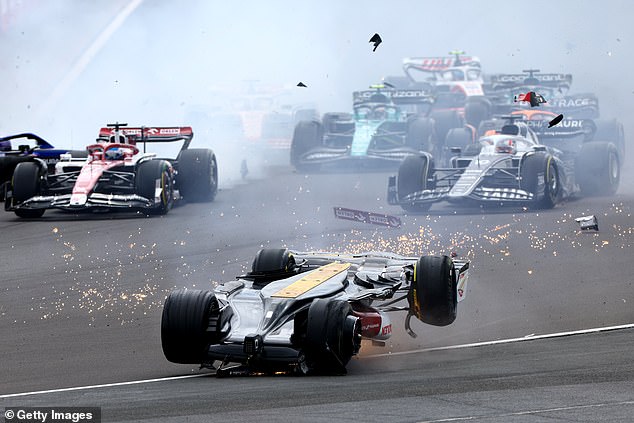 An extraction team rushed to the 23-year-old Chinese driver, who was carefully removed and taken away in an ambulance to the medical centre.

If it wasn’t for the halo, the protective curved bar which sits above drivers’ heads, the crash would surely have been fatal.

‘I’m ok, all clear,’ Zhang has since tweeted. ‘Halo saved me today. Thanks everyone for your kind messages!

‘Wow!…Incredible he got out of that crash alive,’ one fan said. ‘The Halo is literally a life saver.’

Another said: ‘The halo is one of the best things to happen to F1’, while a third simply wrote ‘thank god for the halo’. 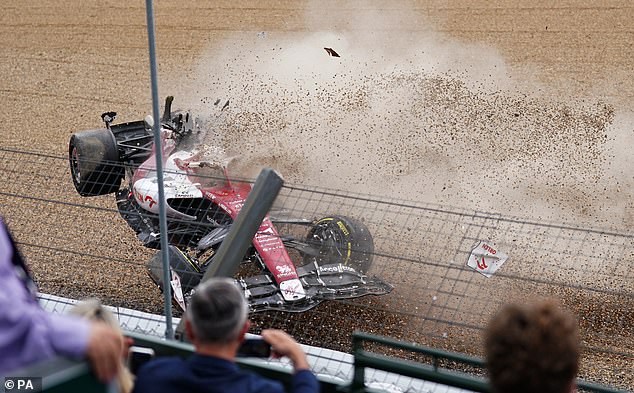 ‘The halo has proven itself, once again, to be one if the best inventions this sport has ever seen,’ another fan echoed.

The halo had proved vital earlier in the day too in the F2 feature race at Silverstone, as Dennis Hauger landed on top of Roy Nissany after the Norwegian was launched into the air by the sausage kerb.

‘2 lives saved by the halo today,’ a fan wrote on Twitter. ‘This part of the car is SO important to motorsport and i’m more than grateful for it today.’

Halos were controversially made mandatory by FIA in 2018, with Lewis Hamilton describing it as ‘the worst looking mod in F1 history’. 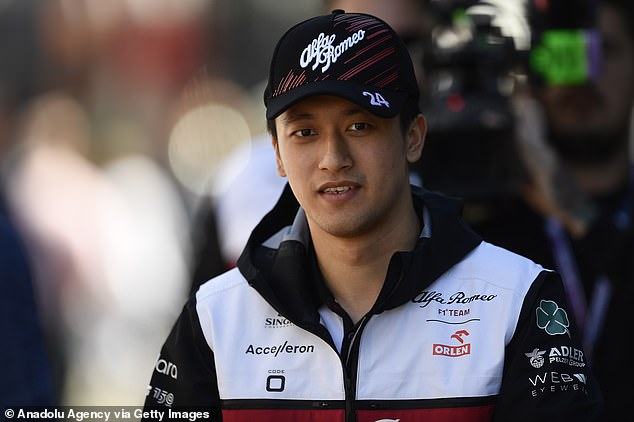 But it has since saved the lives of many drivers, including Hamilton when he was involved in a crash with title rival Max Verstappen last year.

‘I remember how unpopular the halo was when it was introduced, mainly due to aesthetics,’ a fan said. ‘I don’t know how many lives it’s now saved.’

The Mercedes driver, who was not permitted to restart the race, added: ‘I jumped out of the car to see that Zhou was ok. When got back to car I couldn’t restart it. As soon as you get outside assistance you cannot restart the race.’