The Orlando Magic took Paolo Banchero first overall in the NBA Draft at Brooklyn’s Barclays Center on Thursday, while Britain also had representation in the top 10 as Jeremy Sochan was drafted to San Antonio Spurs.

Banchero, who averaged 17.2 points, 7.8 rebounds and 3.2 assists in 39 starts in his one year at Duke, will look to turn around a lacklustre Magic after their 22-60 season.

‘I plan on bringing everything I have to Orlando,’ Banchero, dressed in a show-stopping bedazzled purple suit, told reporters. 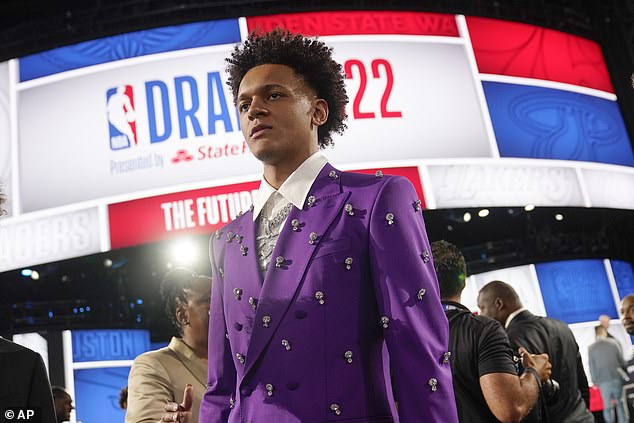 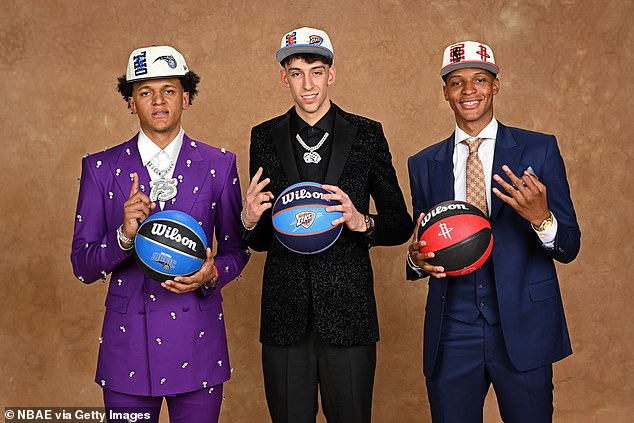 Jabari Smith (right), Banchero (left) and Chet Holmgren pose for a portrait after being drafted

‘First off, just a winning mindset, a work-first mindset. Just ready to get in with the guys and get to work. This is one of the best moments of my life. I’m super excited.’

Sochan, who was born and raised in the Milton Keynes, was the ninth pick overall for Spurs.

He has previously spoken of his delight of representing England and Poland in the NBA – with his mother’s Polish roots meaning he represents them at international level – and was pictured at the draft with Paris Saint-Germain star Kylian Mbappe.

While draft night shocks are rare, Orlando’s selection surprised many – including Banchero himself – with some experts having predicted sharpshooter Smith would take the top spot.

‘I don’t even know what to say. I can’t believe what just happened, honestly,’ said the 19-year-old forward, who helped lead the Blue Devils to the Final Four this year.

‘I wanted to be in the NBA but I didn’t know I would be here.’ 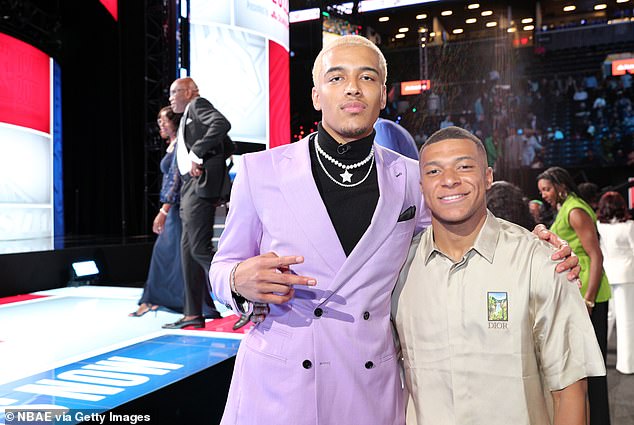 Jeremy Sochan, who grew up in Milton Keynes, poses with Kylian Mbappe at the Draft 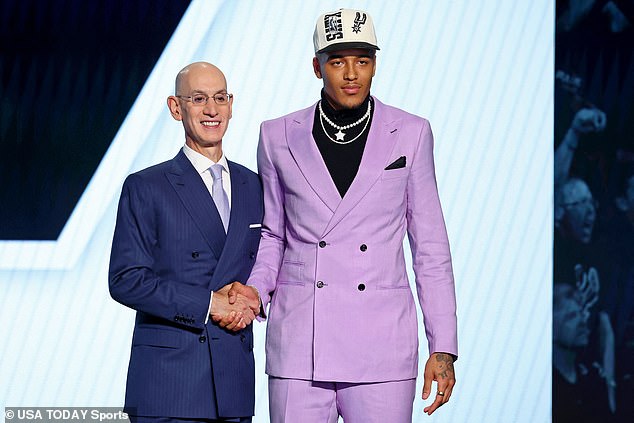 ‘I can use my length and my quickness to cover a lot of ground and take up space,’ he told reporters.

The draft, which kicked off a week after the Golden State Warriors collected their fourth NBA title in eight years, featured a strong cohort of international talent.

Canadians Bennedict Mathurin and Shaedon Sharpe were selected sixth and seventh by the Indiana Pacers and Portland Trail Blazers.

Russia is on the verge of taking a key Ukrainian city, but bigger battles await