After running the Hawks ragged for the best part of two quarters, James Sicily had enough of Bulldogs rival Aaron Naughton, ripping the full forward’s headband off during feisty scenes in Melbourne.

In a crunch clash between the two AFL sides vying for a place in the eight, Luke Beveridge‘s side surged into a 41-point three-quarter time lead, with Naughton posing real problems for the Hawks backline.

And as Naughton booted another ball into the forward 50 ahead of Sicily, the Hawthorn man had enough of his rival, yanking at his jumper as tempers flared at Marvel Stadium.

Plenty of players from both sides piled in for a shoving contest with Naughton’s jumper torn amid the bust up before Sicily tugged at the big man’s headband. 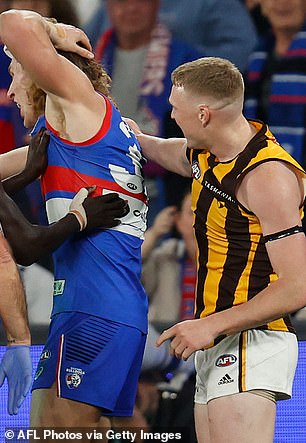 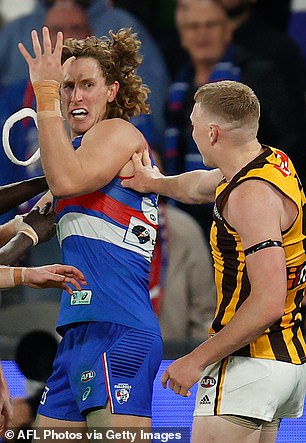 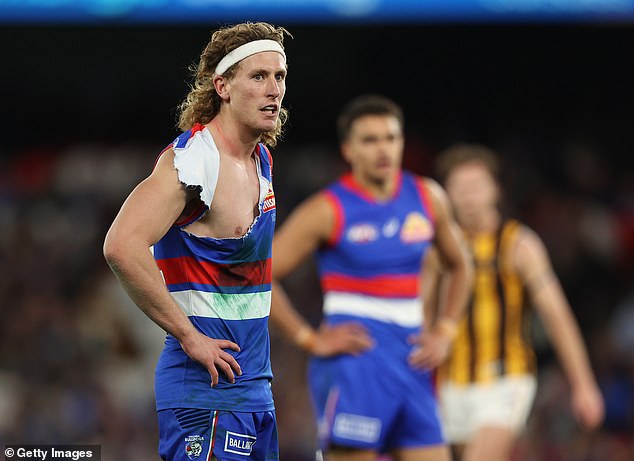