North Melbourne great Brent Harvey has risked the ire of his former club after suggesting Jason Horne-Francis would be ‘silly’ to sign a new deal with the Kangaroos.

The first overall pick of last year’s draft, Horne-Francis is under contract until the end of next season with North Melbourne but has fuelled speculations over his future after putting negotiations over a new deal on hold.

But Harvey, who played a record 432 game for the Kangaroos over two decades, backed the teenager’s stance. 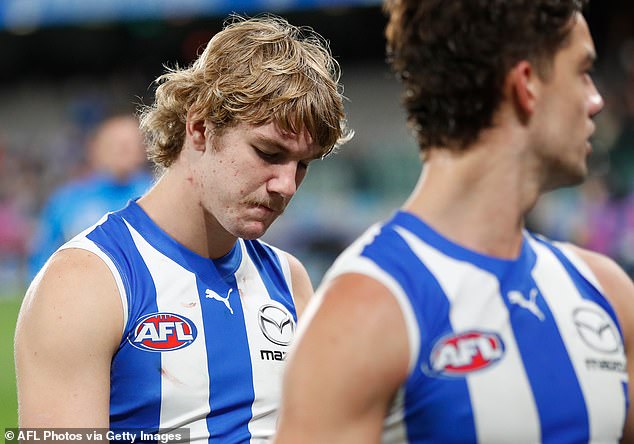 ‘Why would he want to sign? He’s probably our fifth best player now, he’s going to be our second or third best player next year,’ he said on Channel 7’s The Al and Lingy Show.

‘That’s dollar signs straight away to his manager. He’d be silly to sign the contract. Do we want him to sign? Of course we do as a football club, but his manager would be a silly bugger to make him sign right now.’ 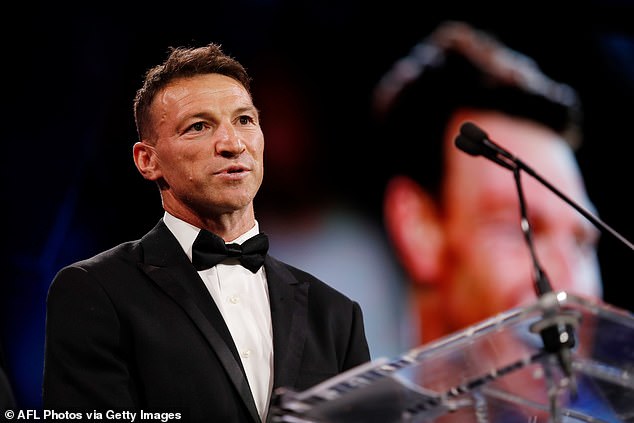 ‘If I’m him, I would be getting out of there,’ Watts said on KFC SuperFooty TV.

The Kangaroos have endured a dismal season so far and are second-from-bottom on the ladder with a 1-12 record, ahead only of fellow strugglers West Coast.

Earlier this month, Kangaroos legend David King warning North Melbourne ‘has a massive issue’ with Horne-Francis after he was caught in an altercation with veteran ruckman Todd Goldstein on the half-time siren. 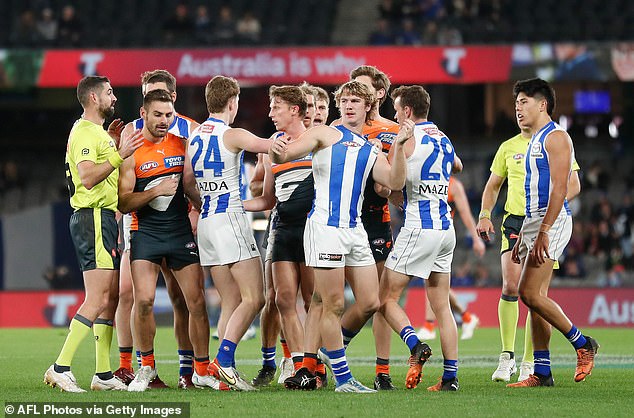 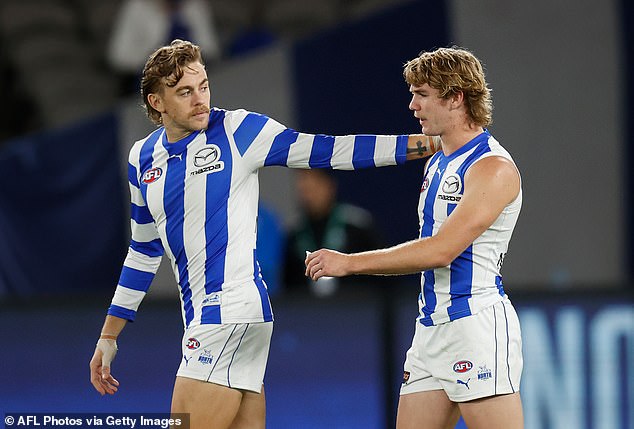 The two-time premiership winner had some stern advice for the teenager.

‘He needs to pull his head in, it’s as simple as that,’ he said on Fox Footy’s First Crack.

‘I know he’s a star factor player. He’s abusing his teammates on field. There’s problems with his own game that he’s not really presenting his best footy, yet he’s happy to spray guys that are 300-gamers.’