THE family of murdered honeymoon bride Anni Dewani have slammed the release of her “lowlife” killer after serving just eight years in prison.

Anni, 28, was shot dead in a cab driven by Zola Tongo in 2010 after it was hijacked by two gunmen in a tough suburb of Cape Town, South Africa.

Tongo was alleged to have hired two hitmen on the orders of her British millionaire husband Shrien on their honeymoon in Cape Town, South Africa in 2010.

After serving less than half of his 18-year sentence “model prisoner” 41-year-old Tongo was freed from hellhole Malmesbury prison near Cape Town.

But Swedish-born Anni’s family have reacted dismay at the news and slammed the decision.

“We are disappointed at this,” her uncle Ashok Hindocha, who lives in Mariestad, Sweden, told the Daily Mail. 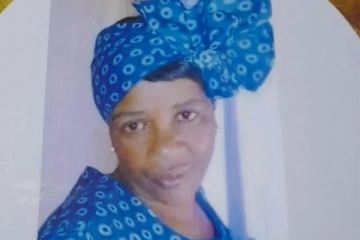 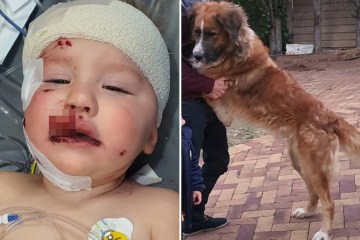 “My beautiful niece’s life has been taken and this creature Tongo is now free to walk the streets.”

“Of course nothing will bring Anni back, but this lowlife character drove her to her death.”

Ashok and Anni’s father Vinod went to see Tongo in his Cape Town jail last year and were able to stop a parole bid then.

Tongo’s parole was withdrawn a day before he was due to walk free for good behaviour.

Ashok said the family believe Tongo has more information about what happened to Anni than he has told the police.

“We gave him the opportunity to tell us what he has been hiding and who he has been protecting, but he refused,” Ashok said.

“We truly believe he has more information about how the whole murder was arranged and carried out.

“I heard that Tongo hasn’t been keeping in good health while in prison. I don’t wish him well.’

Vinod added: “We will not rest until all the facts have been revealed about how she was murdered and why.”

Dewani, now 42, from Bristol, and Anni, married in a traditional Hindu ceremony in Mumbai and flew to Cape Town for their honeymoon.

They were touring the outskirts of the city in a taxi when they were kidnapped at gunpoint on November 13, 2010.

He was later released unharmed, but his wife was shot dead.

Care home tycoon Dewani’s trial for Anni’s murder was dramatically cut short in 2014 when a judge ruled there was insufficient evidence to proceed.

During the trial he revealed he had been visiting gay prostitutes and was bisexual – his sexuality had not been disclosed to his or Anni’s family at the time of his wedding.

Prosecutors alleged Dewani was so desperate to get out of an unwanted marriage he recruited Tongo to kill his wife during a staged carjacking.

Tongo’s parole was granted on a number of conditions, including house detention, a community service order and a ban of drinking alcohol and taking drugs.

He must undergo treatment from a psychologist and be assessed by social workers while on parole.

The man who fired the shot that killed Anni, Xolile Mngeni, died from cancer in prison while serving his sentence.