A DESPERATE dad has told how he took drastic action to get rid of his neighbour’s garden gnome as it was scaring his son.

The man explained his five-year-old child would burst into tears at the sight of the ornament on next-door’s front lawn.

He appealed to Reddit users for advice after becoming embroiled in a row with his neighbour Cindy over the “tacky” additions to her large front garden.

The dad said he was forced to take matters into his own hands after she refused to remove the gnome from her property.

He said he had struck up a friendly relationship with his neighbour, so much so she often brings her homegrown flowers and produce over.

But Cindy has also created a “gnome village” in her vast garden to add some character among the greenery. 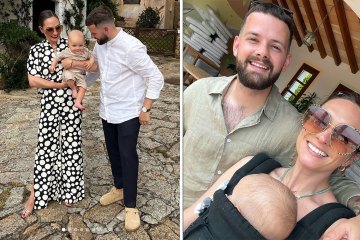 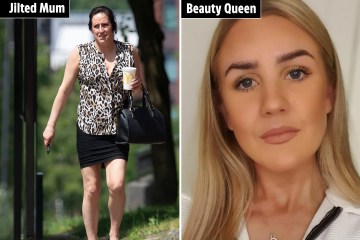 However, the Redditers son has not taken a shine to all of the fictional figurines – and has “developed a fear” of one ornament.

The dad said: “Recently, Cindy got a new gnome. For whatever reason my five year old son has developed a fear of this particular gnome.

“I’m not sure why and yes I have asked him why. I’m sure he’s seen something scary on YouTube or something.

“The gnome is just a normal gnome with like a gardening hose and a basket of flowers.

“I decided to talk to Cindy, explained the problem and asked if she would move the gnome to the back garden or behind the bushes on her patio. Cindy refused! I wasn’t asking for much!”

After the awkward confrontation with his neighbour, the man told how a few days later, his son’s ball rolled onto her garden.

He continued: “He refused to go get it, crying and begging me to get the ball.

“I got the ball and moved the gnome behind some flower bushes. My plan was to move it back once my son stopped playing.

“Cindy came out to water the garden, noticed the gnome was gone and demanded to know where it was.”

The dad added: “She even threaten to call the police on me! Over a gnome!

“After I gave her back the gnome, Cindy told me not to come on her property again!

“I told my wife what happened and while she thinks Cindy overacted, she also thinks I shouldn’t have taken the gnome.

‘YOU SHOULD GNOME BETTER’

“She says our son will get over his fear in time or he’ll just have to play in the back. I think our son has a right to play in his own front yard without being scared of a gnome.”

The majority of Reddit users supported Cindy’s outrage and his wife’s perspective, with some calling on him to “be a better father”.

One wrote: “You have a responsibility as a parent to explain irrational fears to your child. Not steal from your neighbors.”

Another added: “Instead of having a teachable moment with your son, you chose to steal a neighbors gnome. Be a better father.”

And a third chimed in: “You don’t prepare the environment for your child, you prepare your child for his environment.

“There are so many ways you could have dealt with that, including making up funny songs and stories about gnomes.”

But others extended their support to the dedicated dad for trying to comfort his young son.

Reddit users shared stories of their childhood fears before reassuring him they “got over it” and “stopped being afraid”.

One suggested: “Come up with a silly disarming name for the gnome, a little dance routine that renders the gnome powerless in their presence, or just being brave and going for it and maybe a sticker chart to track every time they survive an encounter.”

While another commented: “Your child will have to learn that neighbors stuff is off limits – sorry bud.”

And one user joked: “You should gnome better!”