The Penrith Panthers stunning 2021 grand final victory was built on the back of a report put together a decade earlier, and now that blueprint might set the scene for State of Origin success – with a record-equalling nine premiership players selected for game two.

The 20-page report, ‘Built From Within’, was a strategy and club philosophy Panthers junior development officials Matt Cameron and Jim Jones began in 2013.

A decade later the club is vying to compete in its third grand final in a row and producing representative stars like there’s no tomorrow.

Heroes of the club’s 2021 premiership such as Isaah Yeo, Nathan Cleary, Jarome Luai, Brian To’o, Stephen Crichton, Liam Martin, Api Koroisau and Matt Burton (now with the Bulldogs) will all be starting for NSW on Sunday night.

Current Bronco Kurt Capewell will also be starting for Queensland in the second row. 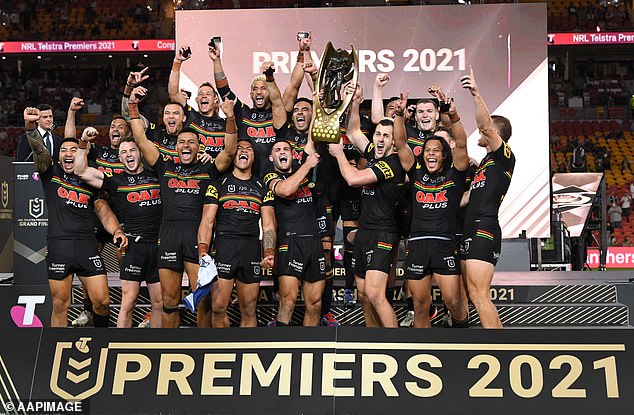 Penrith are just the fourth premiership team to have nine players featured in the following year’s State of Origin match after Brisbane (1993 and 1997) and Melbourne (2007).

Cameron said the document was designed to outline how the club was ‘going to develop kids at Penrith and produce first graders’.

‘Primarily, it’s about good coaching, good systems, good governance, investing in the club’s juniors and being patient. And that patience is from the top of the tree all the way down; that’s critical to building long-term success,’ he told News Corp.

‘We have taken a long-term approach.’ 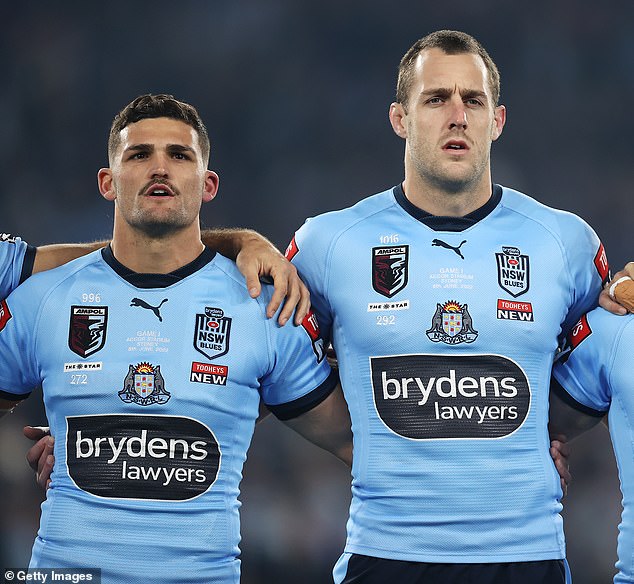 The by-product of building a successful team built almost entirely on local juniors and fostering a strong club culture throughout the entire organisation is that representative teams will benefit.

Cleary and Luai are the NSW halves pairing, Yeo is the Blues most important forward while To’o, Crichton and Martin’s club combinations shore up the attack and defence.

The first tryscorer in that 2021 grand final victory, Burton, who moved to Canterbury this season for more opportunities, was recruited to the junior Penrith pathways from Dubbo and will make his NSW debut on Sunday. 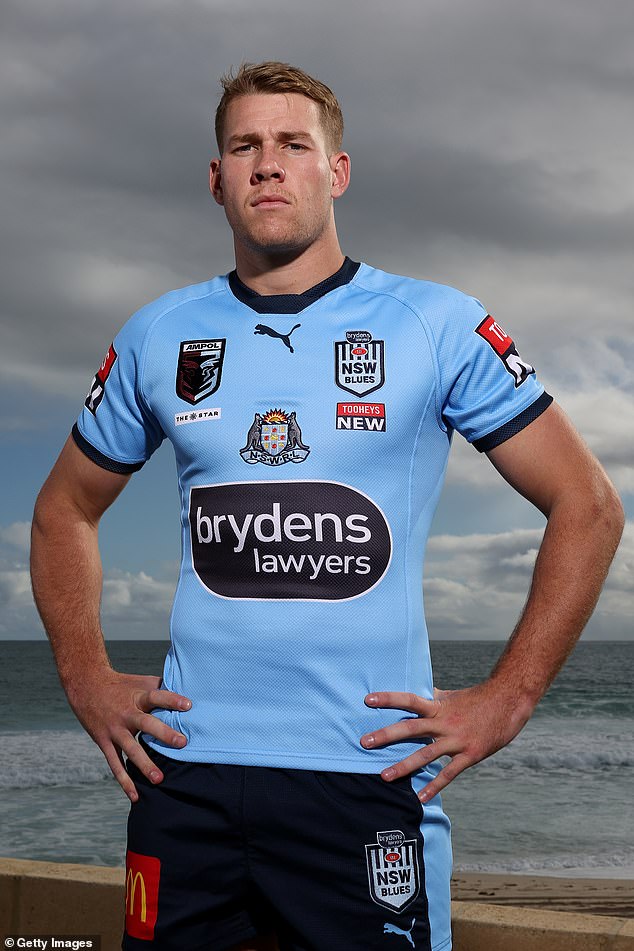 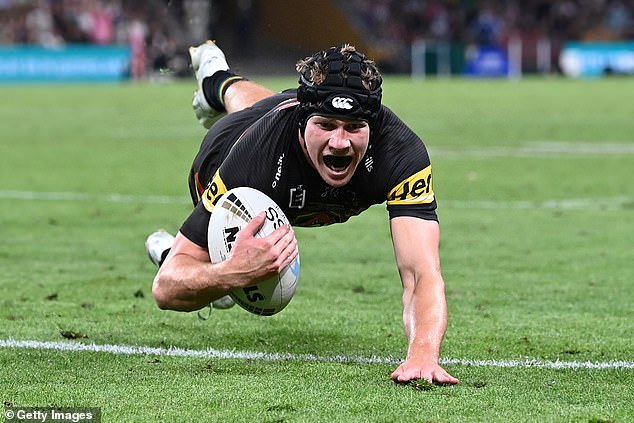 Koroisau will likely start at hooker for the Blues after being recalled following a stellar few games for the Panthers.

While he was recruited from the Rabbitohs, the dual-premiership winner has been a vital part of the spine for Penrith in his second stint for the club. 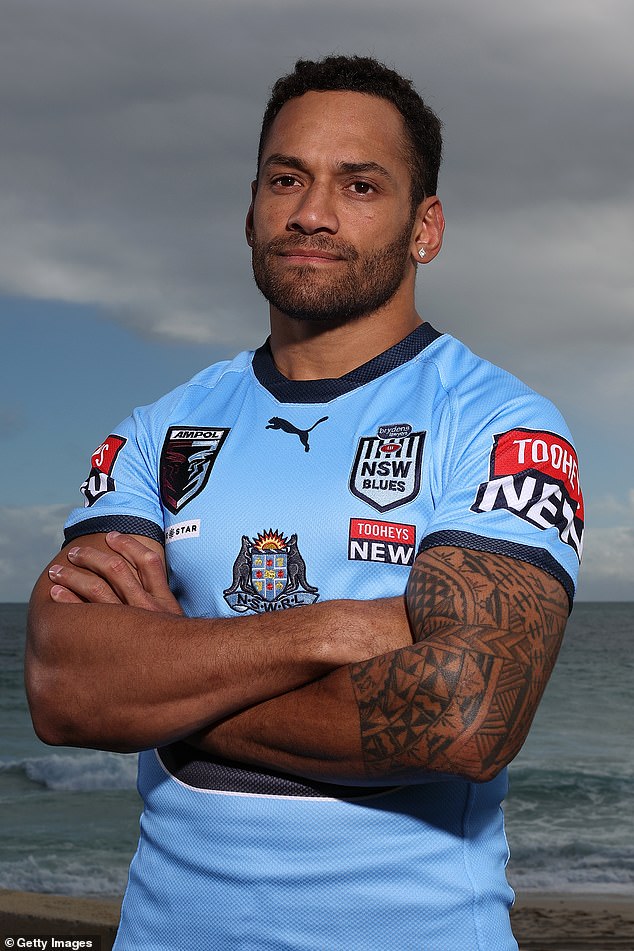 Koroisau said what the document had been able to do for the club wasn’t just material things like premierships and representative numbers.

It was also crucial for improving the leadership and capabilities for players in the club so they could go to the next level.

‘In terms of that, I think the biggest improvement in a player has been in Jarome Luai with how much he has changed in the three years I have been at the club.

‘He’s mastered the mix of talent and maturity. That’s become part of the culture at Penrith, it’s ingrained and has led to a lot of success,’ said Koroisau. 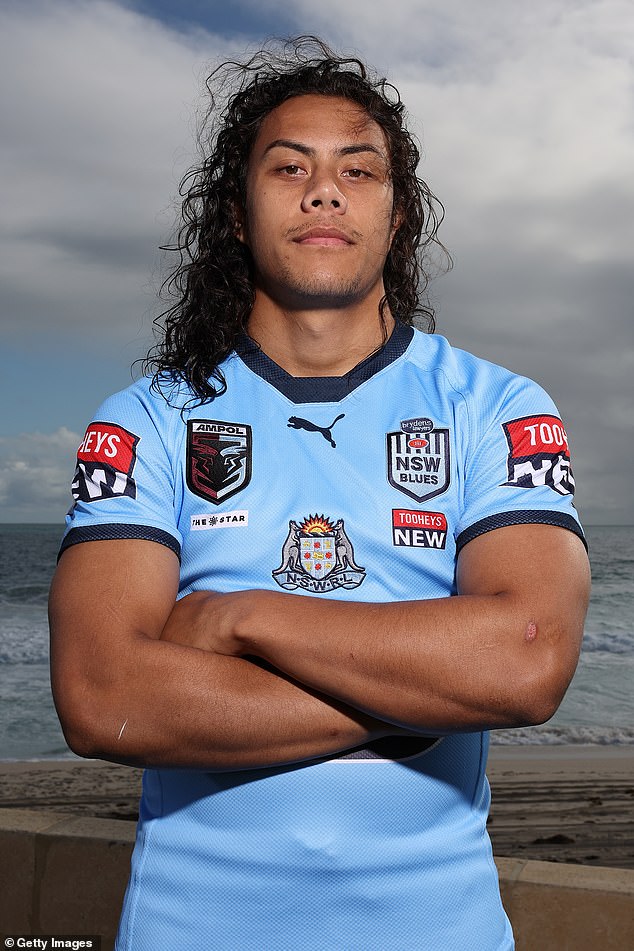 Cameron noted the Panthers had been consistent performers in the years since the report was written.

‘The club’s success hasn’t just been in the last two years. I think at one point there we reached the finals four out of five years. There has been success but this current crop has really taken it to the next level,’ he said. 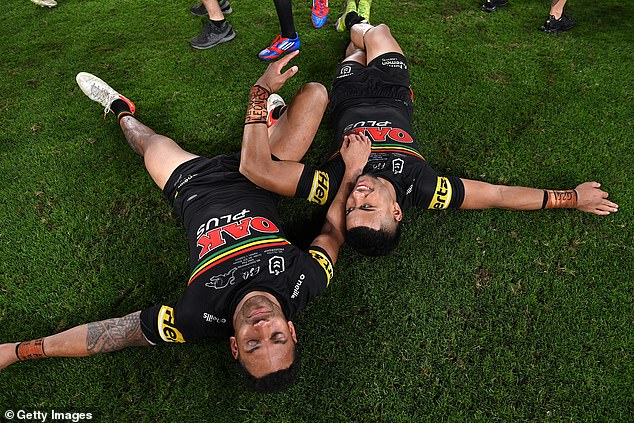 Cameron said it took a whole-club approach to play in two grand finals in a row, and feature so many representative stars.

‘(Nine players in Origin) is a fair effort, it’s a really solid reflection on where the club is currently and the work that has been put in for a number of years,’ he said.

‘It’s testament to not only the coaching side but also the governance and management side, to be able to produce a group like that and keep them in the building.’ 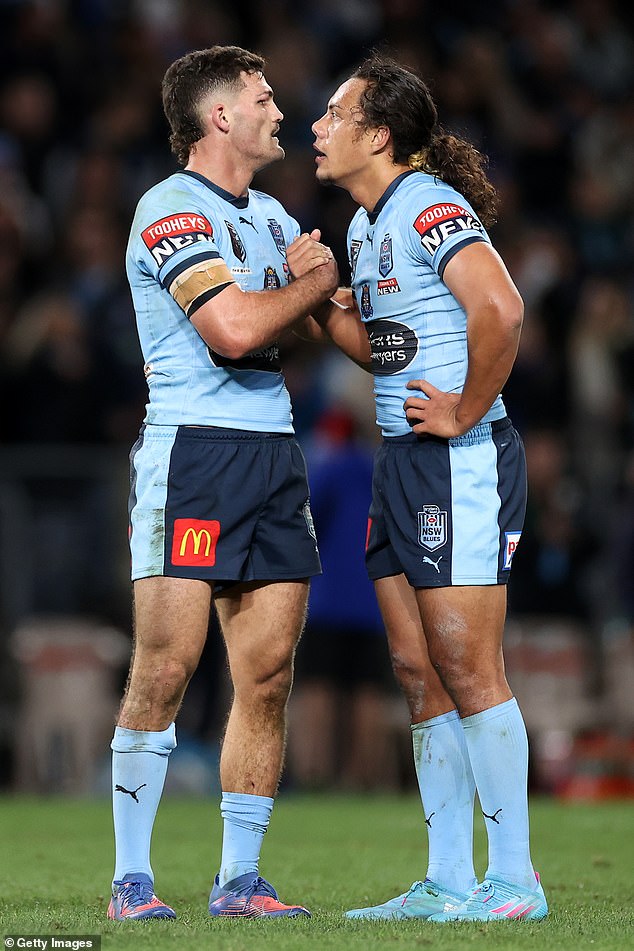 It’s not just players coming through the Penrith system and securing rep honours, either. 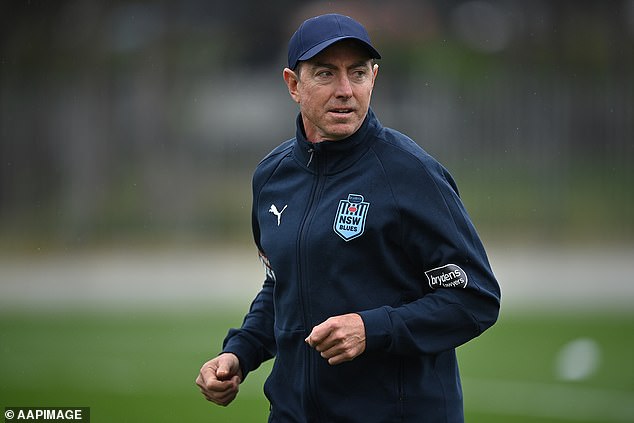 Eerily, even the club knew they had a few prospective NSW players in the ranks.

In what can now be retrospectively read as a clever play on words, the ‘Built From Within’ report said the club’s development pathways would produce some special players.

‘The players identified to participate in this program would be viewed as the ‘blue chip’ prospects for the club and would be given the opportunity to develop in an environment where NRL expectations are the norm.’