RYAN Grantham rose to fame in the mid-2000s after starring in several beloved films.

Now, the former child actor is making headlines after he pleaded guilty to shooting his mother in the back of the head.

Who is Riverdale actor Ryan Grantham?

Ryan Grantham, 24, is known for his career as a Canadian actor.

Over the years, he has been seen in several productions, including Diary of a Wimpy Kid, Becoming Redwood, Undercover Cheerleader, and Supernatural.

However, he is most famous for his role as Jeffery in The CW’s Riverdale. 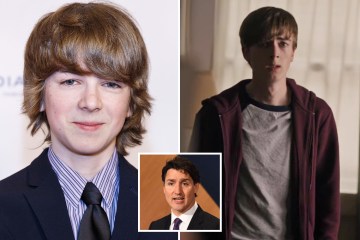 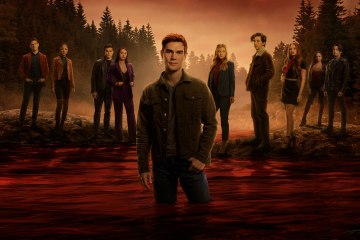 Why did Ryan Grantham kill his mother?

Grantham pleaded guilty to second-degree murder charges after admitting that he shot his mother, Barbara Waite, in the back of the head while she played piano on March 31, 2020.

According to CBC, Grantham rehearsed the killing and even took videos, including a four-minute clip where he confesses and shows his mother’s dead body.

During Grantham’s sentencing in Canada, prosecutors revealed that the day after his mother’s murder, Grantham loaded three guns and ammunition, 12 Molotov cocktails, and camping supplies into his car before mapping the way to Prime Minister Justin Trudeau’s home to kill him.

CBC reports that Grantham wrote about killing Trudeau and his mother in his diary and in a police statement.

“There’s a lot of media of me out there … film and TV … hundreds of hours of me that can be viewed and dissected … No one will understand.”

However, instead of carrying out the second attack, Grantham decided to turn around, per officials.

Instead, he drove to a police station and confessed to killing his mother.

Second-degree murder comes with an automatic life sentence, and the Crown is asking for 17 to 18 years of parole ineligibility, according to CBC.

What is Ryan Grantham’s net worth?

Grantham’s acting career was still in the early stages, but he was able to amass a small fortune for his previous roles.

Hunter Biden: The struggles and scandals of the US president's son