By John Mcgarry For The Scottish Daily Mail

Jack Ross is poised to return to football as the manager of Dundee United following Tam Courts’ exit from the club.

Courts left Tannadice by mutual agreement on Tuesday after spending the week locked in talks with Rijeka, although the Croatian club appear set to look elsewhere to fill their vacancy.

Aware of the Fifer’s desire to seek a new challenge, United had already put the wheels in motion to find a replacement – with former Hibs boss Ross believed to be the only name in the frame. All being well, he will be officially unveiled in the coming days, his return to the dugout coming six months after he was sacked at Easter Road. Ross, 46, started out in management with Alloa then he led St Mirren to the Championship title before Sunderland came calling. 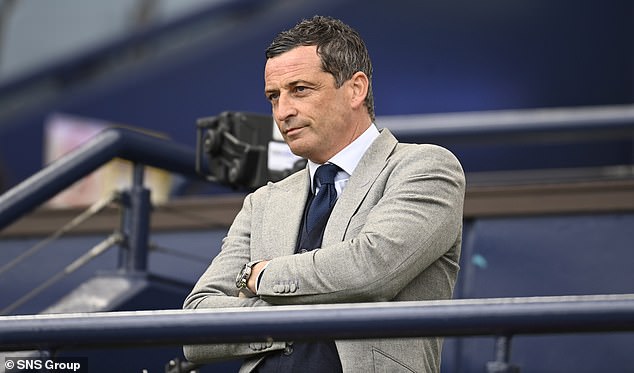 He steered the Black Cats to the League One play-off final but, after failing to secure promotion, was sacked five months later.

He moved to Hibs in November 2019, taking the team to the Scottish Cup final in 2021 and securing a third-placed finish – their highest in 16 years.

Despite guiding the club to the League Cup final last season, he was fired after a poor run of form in the league – a decision Easter Road owner Ron Gordon recently admitted he regretted.

Ross is believed to have held talks with Dundee before they appointed Mark McGhee at the turn of the year but is now set to take charge on the other side of the city.

He will assume control at United with the club in a good place thanks to Courts’ year in charge.

A left-field appointment when he succeeded Micky Mellon last summer, the former academy coach proved to be a huge success in his first season in senior football management.

Having stepped up from working with the youth team, he took United to fourth place – a highest finish in nine years – with a return to European football the prize. 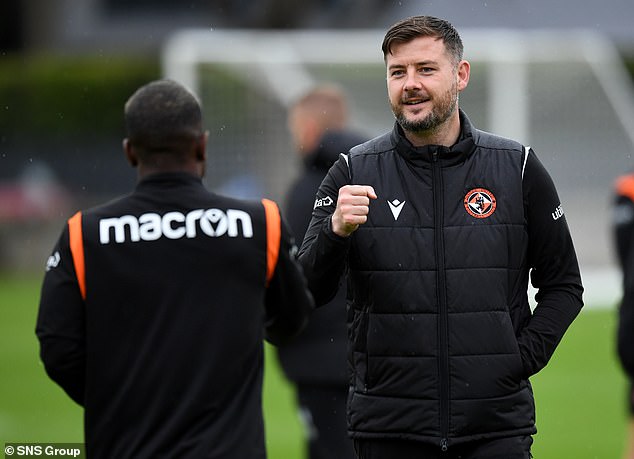 Rijeka’s approach appears to have opened the 40-year-old’s eyes to other possibilities, however, with an agreement to free him from his contract reached amicably. Hungarian outfit Honved were the latest club reported to be interested in his services last night.

United sporting director Tony Asghar paid warm tribute to the departing manager, saying: ‘I would like to place on record our gratitude towards Tam Courts for the service he has given Dundee United both as head coach and in his previous role as head of tactical performance.

‘We made a brave appointment last year by promoting from within but it was a calculated risk that clearly paid off.

‘Tam bought into our long-term strategy to develop some of the finest young talent in Scotland. The fruits of our labour are there for all to see with the recent international call-ups of Archie, Kieran and Ross.

‘But through the course of discussions with Tam, it became clear he was keen to pursue other options and we had to look after the best interests of the club. Following continued discussions, we have now agreed to mutually terminate his contract to allow him time to secure his next opportunity.

‘He leaves with our best wishes, but I would like to assure Dundee United fans that the club is moving in a timely fashion to appoint a new head coach. We have identified a preferred candidate and we anticipate making a further announcement on this in the coming days.’ 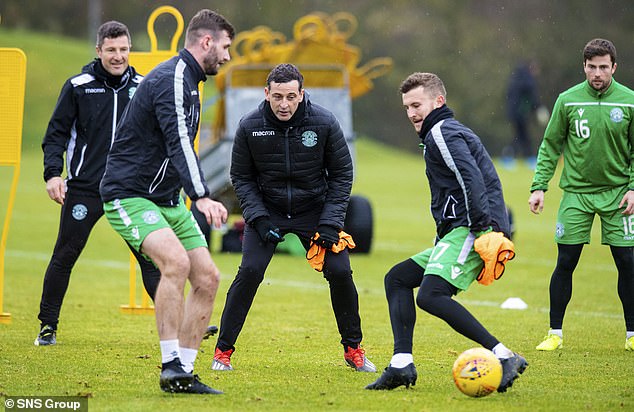 With Malta manager Devis Mangia poised to move to Rijeka in some capacity, it seems unlikely that Courts will land there, although it’s believed there has been interest in him from south of the border as well as Hungary.

‘I’m immensely grateful to everyone at Dundee United for the opportunity they gave me to manage such a prestigious club,’ said Courts (below). ‘Tony took a chance on me and I had terrific backing from the owner Mark Ogren and from my backroom staff such as Liam Fox and Adam Asghar.

‘A special thank you must also go to the players who have been a joy to work with and a pleasure to lead. They give maximum effort to everything they do for the club and I hope they have continued success for next season and beyond.

‘It’s not an easy decision to move on but I believe my time with the club has helped me grow and develop immensely, both personally and professionally, and I feel ready for my next challenge.’

It’s believed that Courts’ assistant, Liam Fox, has remained at the Tannadice club.