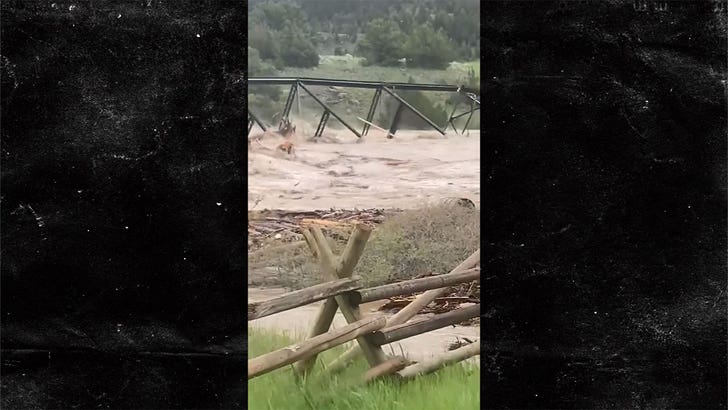 Yellowstone National Park looks like it’s going through Noah’s flood all over again — the place is buried in water, with currents so strong … they’re taking down nearby bridges.

Check out these wild videos showing the absolute downpour going on near the park, which has forced officials to close off pretty much every roadway to get in. Looks like there are people on the ground there still, and they’re capturing some gnarly footage of the conditions. 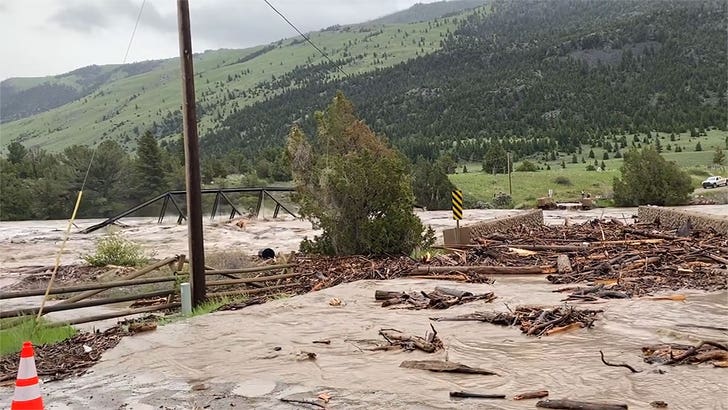 With water levels rising to dangerous heights, it seems there’s already been some major damage — namely, one of the crossings there, Carbella Bridge, appears to have been ripped down and washed away in the rapids. That’s nuts … ’cause the thing’s made of metal!

As you can see, the bridge — or at least part of it — is seen floating away in the roaring stream, leaving onlookers shocked.

“Extremely hazardous” situation this morning at @YellowstoneNPS. The northern portion of the park has been evacuated, and multiple roadways are closed due to rockslides and “substantial flooding.” pic.twitter.com/LwUAv82OAd

In addition to the flooding, there are reports of rockslides and other hazards being flagged — including power outages around the area. The rain is expected to continue for at least a couple more days … scary since the water is already sky-high. Evacuations are underway.

As for the wildlife, it seems they’re left to fend for themselves for now. Hopefully, they’re heading for higher (and dryer) land. 😳