The all-Australian heavyweight clash between Justis Huni and Joe Goodall has captured international attention, with top boxing promoter Eddie Hearn to be ringside for the event.

Huni on Wednesday will break an almost year-long fighting drought against fellow undefeated Brisbane talent Joe Goodall in a bout regarded as the country’s biggest heavyweight duel since 1908.

The victor will move into the top 15 of three of the sport’s four sanctioning bodies and within a few fights of a world title shot. 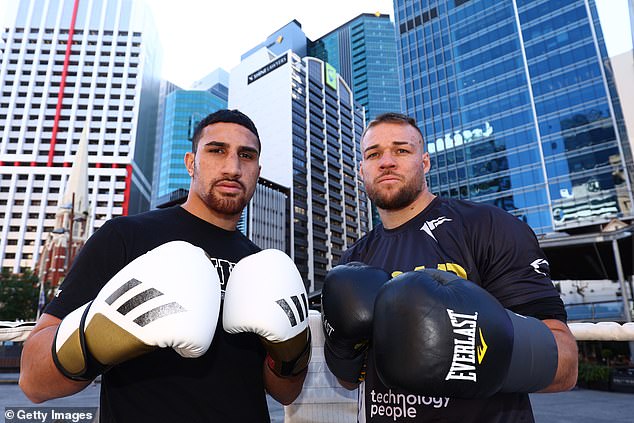 Hearn, the Matchroom Sport chairman and promoter of recently deposed heavyweight champion Anthony Joshua, will be hoping to get a headstart on rival promoters by being ringside and in a position to immediately organise future bouts.

Joshua relinquished the WBA, IBF and WBO to the classy Oleksandr Usyk in September, but has a rematch set for August in Saudi Arabia.

Huni, 23 and unbeaten in five professional fights, has often referenced Usyk when defending his style from critics who suggest he hasn’t the power to dominate the famous division.

Footwork, fast hands and ring craft are instead his weapons, forged in an amateur career that netted world championship bronze in 2019.

Goodall, 29, did the same two years earlier to become the first Australian to win a medal at the event in 26 years.

But he hasn’t had the same traction since turning professional, despite being unbeaten in eight fights.

A 12-month stint in Las Vegas under Frank Barry has revived Goodall though, going away ‘as a mental and physical marshmallow and come back with a body chiselled like granite’, according to Huni’s promoter Dean Lonergan. 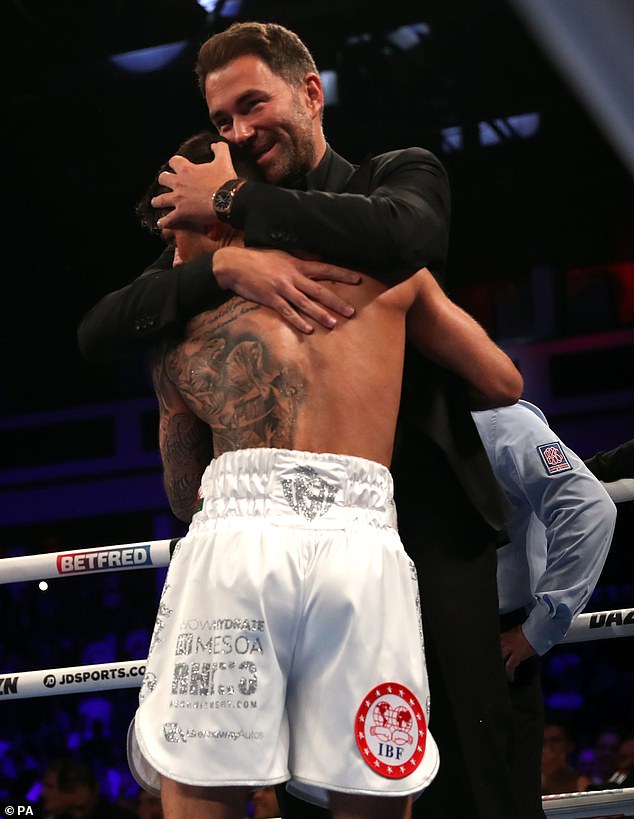 ‘It’s a fight that seriously concerns me.

‘Goodall wouldn’t be half the fighter he is now a year ago.’ 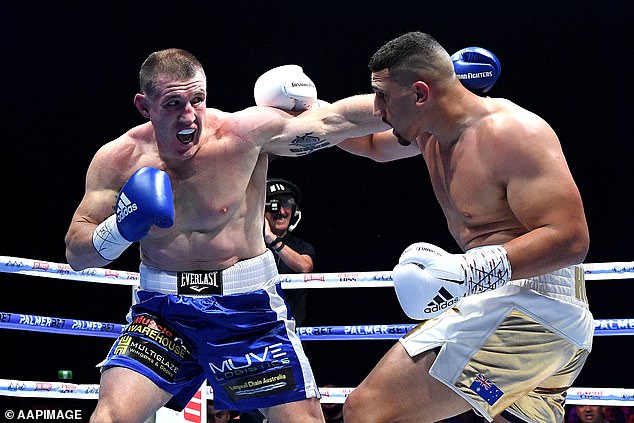 Huni’s Olympic tilt was halted by a hand injury suffered in his last fight against Paul Gallen.

And he had planned to fight seven times this year, his repeated efforts to return denied by two bouts of COVID-19 and injuries to opponents and other key talent on his card.

A comprehensive victory, particularly in front of Hearn, could see the momentum he had in 2021 quickly return.

Musk to hold first meeting with Twitter staff this week