By Kieran Jackson For Mailonline

Jonny Bairstow was one ball away from matching England’s quickest ever Test century in a sensational knock against New Zealand at Trent Bridge on Tuesday.

With the hosts chasing a target of 299 in their second innings, the England No 5 hit six-after-six as he pummelled the Black Caps’ bowling attack on day five after tea.

The record for England’s quickest ever Test century goes to Gilbert Jessop back in 1902 against Australia after he hit a ton in 76 balls, but Bairstow ultimately brought up his century in 77 balls. 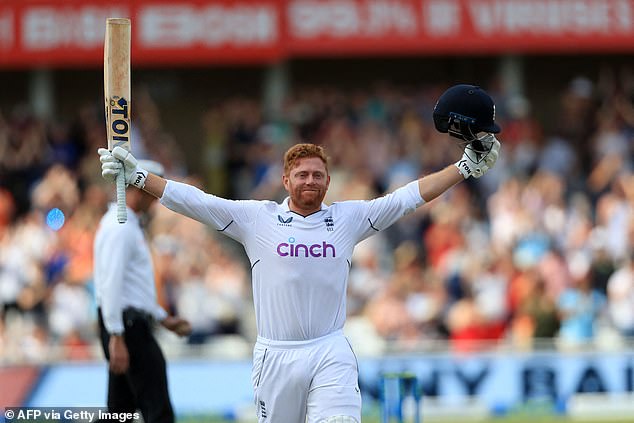 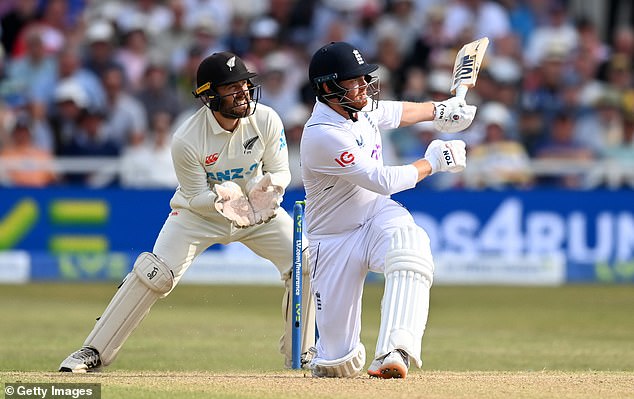 Bairstow was perhaps unaware of the record whilst out in the middle, as he had two opportunities on 99 not out to better or match the 120-year record, but two dot balls saw him fall one short.

He secured his ton with a three down to third man, as Ben Stokes’ side close in on an unlikely victory in the second Test – and a series win against the world Test champions.