‘More than a team-mate’: Cristiano Ronaldo pays glowing tribute to ‘brother’ Marcelo as Real Madrid’s most decorated player ever prepares to leave the Bernabeu after 15 years and 25 trophies

Cristiano Ronaldo has paid tribute to his ‘brother’ Marcelo who will leave Real Madrid this summer after 15 years at the club.

Marcelo, who on Monday held an emotional press conference alongside club president Florentino Perez formally signifying his departure, will leave Real Madrid its most decorated ever player.

The Portuguese, who left Real Madrid in 2018 for Juventus, paid tribute to his former team-mate on Instagram, calling him ‘more than a team-mate’. 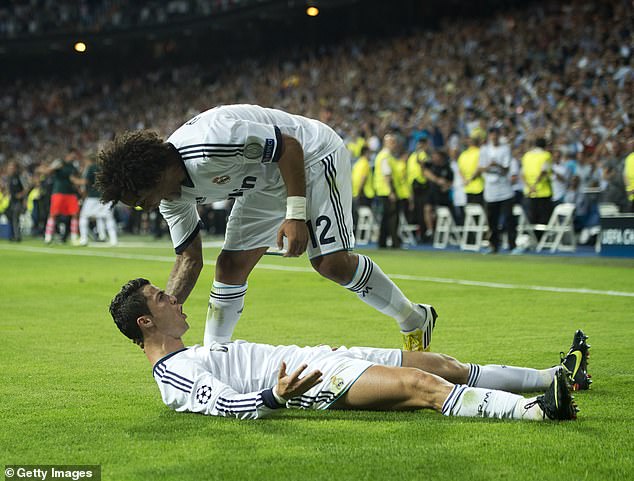 He wrote: ‘More than a teammate, a brother that football gave me.’

‘On and off the fields, one of the biggest stars with whom I had the pleasure of sharing a locker room,’ he added.

‘Go with everything on this new adventure, Marcelo!’

Ronaldo and Marcelo shared nine glittering years together at the Bernabeu, in which time the Portuguese became the club’s leading ever scorer and they won a host of trophies.

Marcelo and Ronaldo formed a partnership down the left-hand side that was key to Real Madrid’s astonishing period of success in the second half of the 2010s. 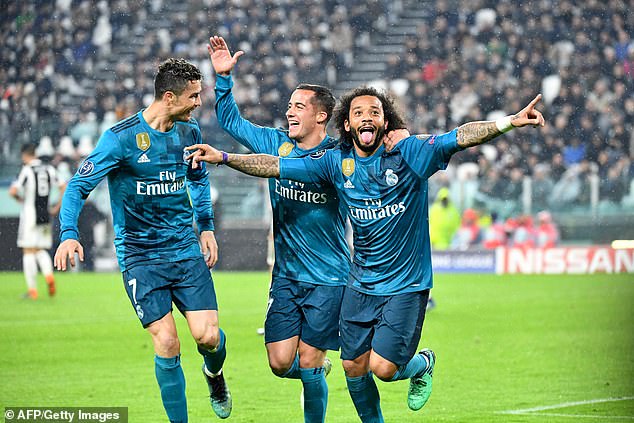 Ronaldo and Marcelo both scored in the final of the ‘La Decima’ triumph over Atletico Madrid in 2014 in Lisbon.

The press conference held in honour of Marcelo on Monday brought to a close what the Brazilian had previously called a ‘beautiful chapter’. 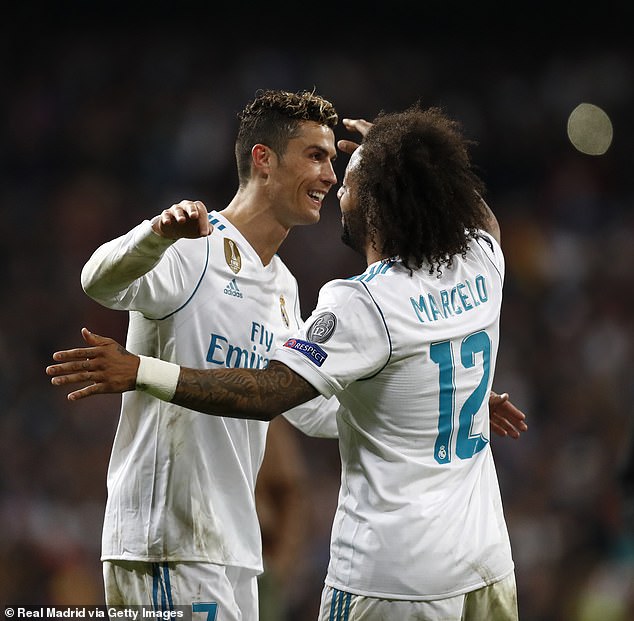 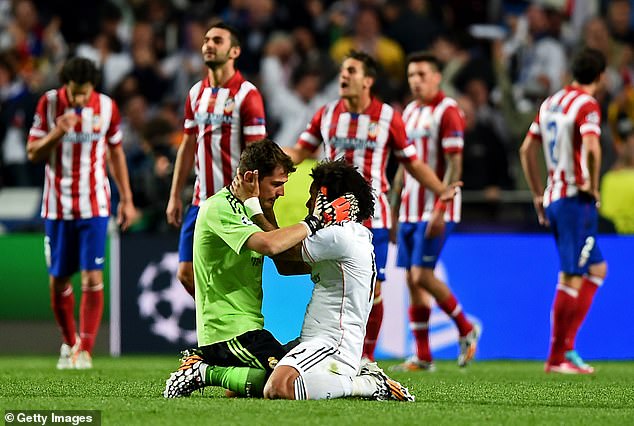 One notable, shared success for the two players was La Decima triumph over Atletico Madrid 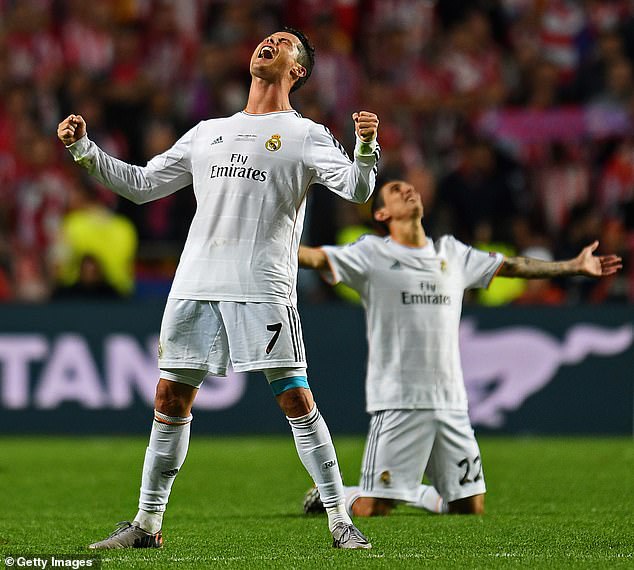 Speaking to a room packed full of Real Madrid legends including Raul and Carlo Ancelotti, Perez spoke first and hailed Marcelo as one of the club’s all-time greats.

He said: ‘Today we say thank you to our great captain, one of our biggest legends. The player with the most titles in the history of Real Madrid. Marcelo.’

‘Dear Marcelo, you are one of the greatest left-back of the history of Real Madrid and of football. Dear Marcelo, you have fulfilled all the dreams you had when you arrived at only 18 years old. 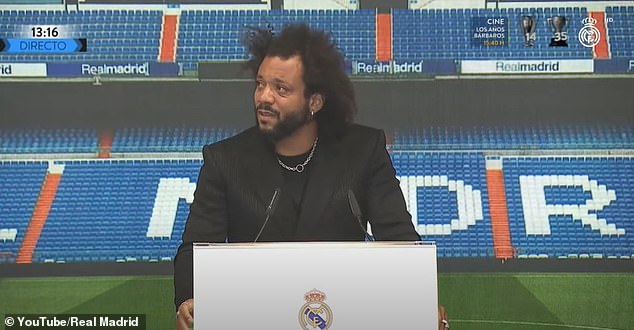 He added: ‘Twenty five titles, 564 games and 38 goals. You are one of the greatest. Real Madrid will always be your home.

‘Thank you for everything you’ve done. Dear Marcelo, our fans will always keep you inside their hearts. We are proud.’

Meanwhile, Marcelo himself called Real Madrid the ‘greatest’ club of them all and said that this was not goodbye as he did not feel he was leaving. 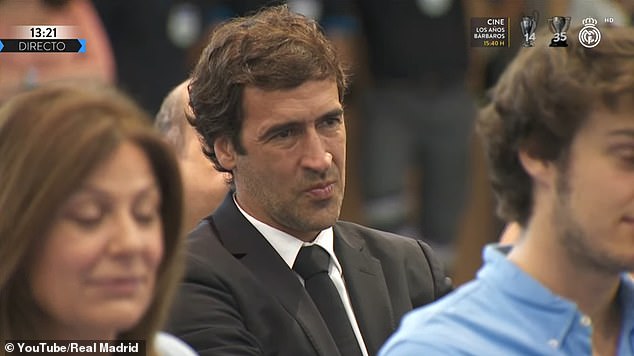 ‘I played for the greatest club in the world,’ he said.

He added: ‘I want to thank my wife Clarice, I wouldn’t be the man I am without her. And my sons who watched their dad play for the greatest club in the world.’

Before going on to credit Raul, who was the club captain when he arrived back in 2007, for his inspiration and impact on his career.

‘Thank you Raul for being a captain and an example for me. I have never said it but you have been my role model. Thank you,’ he said. 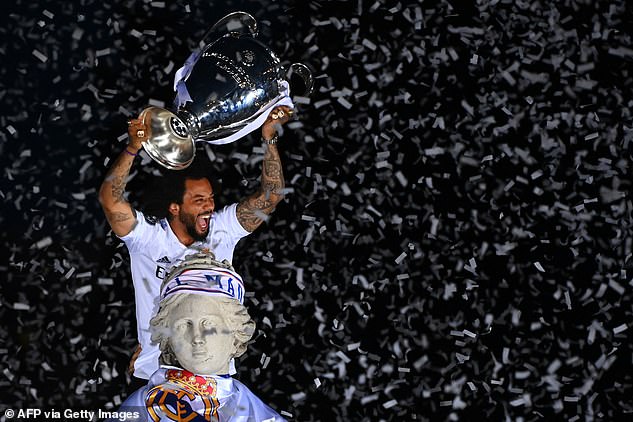 Battle for Donbas is "one of the most brutal battles in and for Europe," Zelensky says