TOP SPIN AT THE TEST: Jimmy Anderson has struck 27 times in the first over of a Test innings… while only three sides have lost after making more than New Zealand’s 553 in the first innings of a Test

By Lawrence Booth for the Daily Mail

England gave themselves a chance of securing victory in the second Test with an encouraging performance against New Zealand on the fourth day at Trent Bridge.

Here, Sportsmail‘s LAWRENCE BOOTH takes a statistical look at the facts, figures, quirks and anomalies after the day’s play at Trent Bridge… 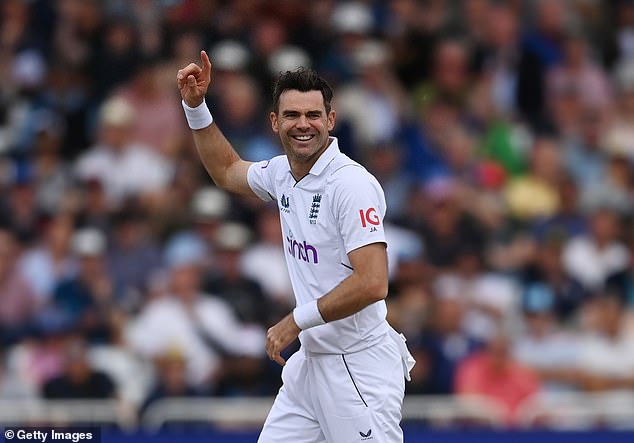 Only twice have a team chased more in the fourth innings to win a Test at Trent Bridge than the 238 by which New Zealand currently lead England. In 2004, England made 284 for six to beat New Zealand. Six years earlier, England made 247 for two to beat South Africa.

Only three sides have made more than New Zealand’s 553 in the first innings of a Test and gone on to lose. The highest remains Bangladesh’s 595 for eight against New Zealand at Wellington in January 2017.

When Jimmy Anderson bowled Tom Latham to become the third bowler — after Muttiah Muralitharan and Shane Warne — to claim 650 Test wickets, it was the 27th time he had struck in the first over of a Test innings. Glenn McGrath is second with 20.

Blinken: US prepared to make adjustments to military posture in response to North Korea