RUSSIA is probing UFOs as military pilots have reported encounters with the mysterious phenomena, the head of Vladimir Putin’s space agency confirmed.

Dmitry Rogozin, the chief of Roscosmos – Moscow’s answer to NASA, made the admission as the topic has stepped from fringe conspiracy theories into a full on national security discussion.

Washington has been abuzz with talk about the unexplained encounters – now more commonly called Unidentified Aerial Phenomena (UAP) – and it seems so is Moscow.

Rogozin told Russian state TV that he believes in the existence of alien life – and said extraterrestrial civilisations could be more intelligent and more advanced than humans.

And he said the aliens could already be scrutinising mankind, much in the same way that human scientists study and monitor bacteria.

He said: “We can study bacteria, but we can also be studied just like bacteria.” 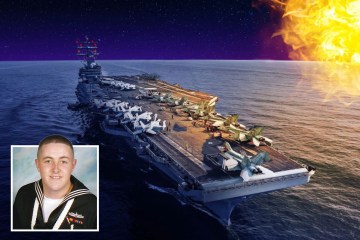 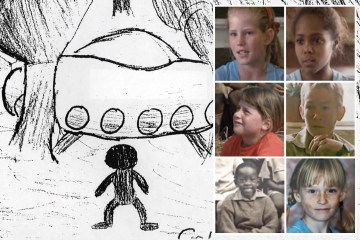 The space boss said that humanity’s ability to study space remains limited, but confirmed The Russian Academy of Sciences is “collecting facts” on UFOs.

Rogozin said that so far “99.9 per cent” of cases they have examined have turned out to be “atmospheric and other physical phenomena”.

But he let the door open for the final unexplained 0.1 per cent and said there likely are “real” sightings of UFOs.

“We still assume that such [real UFO] sightings might have taken place,” Rogozin said.

And he said he has spoken Soviet-era test pilots who had reported spotting strange objects while testing new aircraft for the first time.

He claimed he had spoken to NASA are heard similar accounts from their test pilots.

The space chief made the claims as UFOs have stepped into the mainstream.

US lawmakers last month grilled intelligence chiefs about the encounters as they confessed over the last year they have probed 400 sightings and 11 near misses.

It was the first hearing of its kind in 20 years.

The intelligence bosses attempted to explain how difficult it is to track these objects, and showed congressmen two videos.

And while they did not mention aliens, they did admit there are some of the 400 encounters they have on their books which are truly unexplained.

It came off the back of a landmark Pentagon report in 2021 following the leaking of three videos showing US Navy encounters with unexplained objects.

NASA have even revealed their own plan to study UFOs – but remained clear they were not explicitly connecting it to aliens.

While it’s unclear what the phenomena actually is, it appears there is something in the skies which cannot be explained.

Kenyan elections: The woman who rallies crowds – but won't vote