Melbourne‘s troubles deepened on Monday, with the Demons suffering a third consecutive defeat while skipper Max Gawn was given an injury scare in the Queen‘s Birthday clash.

The reigning premiers 12.10 (82) to 8.8 (56) loss to Collingwood at the MCG was their third straight since their 17-game unbeaten run came to an end against Fremantle late last month.

Gawn left the field late in the second quarter after he appeared to roll his ankle, before eventually rejoining the action in the third quarter. 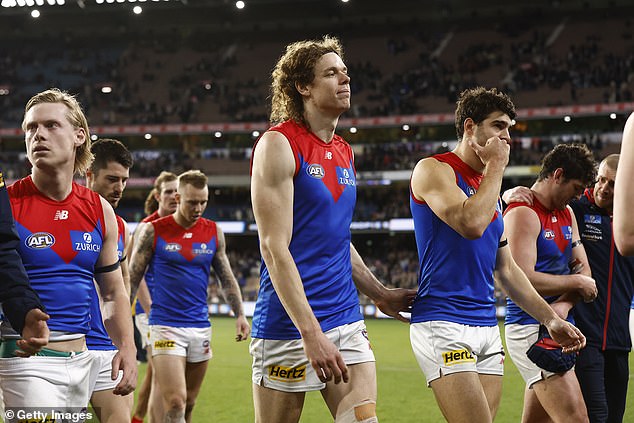 The superstar ruckman, however, was helpless to stop Collingwood’s final term blitz, with the Pies kicking six majors to Melbourne’s one as they turned a two-point deficit into a 26-point win.

Brody Mihocek kicked four majors, while Nick Daicos and Jack Crisp had 33 and 29 disposals respectively for Collingwood, who cemented a top-eight spot with a fourth-consecutive win.

The Demons, meanwhile, slipped to second behind Brisbane on the ladder, losing their grip on top spot for the first time this season.

More worryingly for them, over the last three weeks Melbourne have looked a world away from the ruthlessly efficient machine that had swept everything in its path for the previous 17 games. 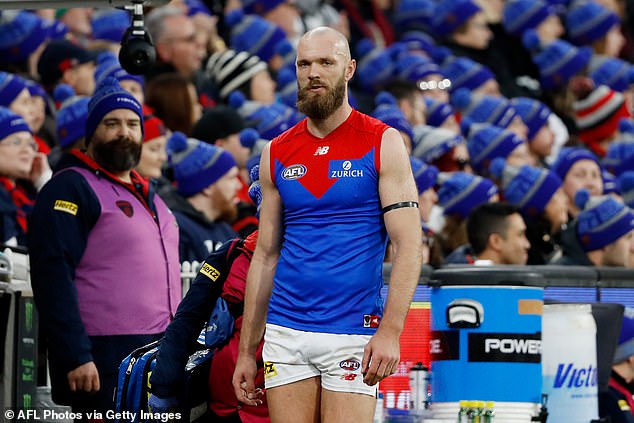 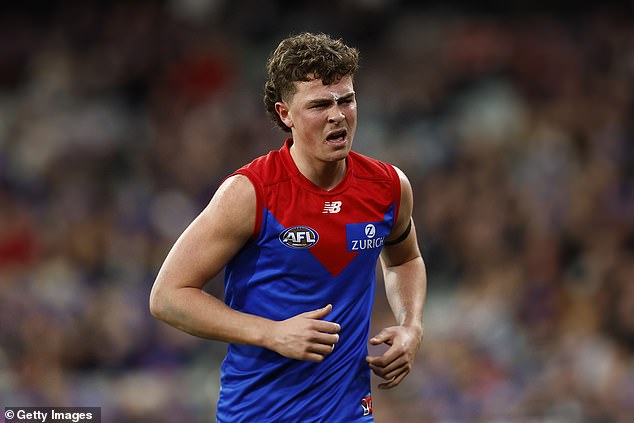 Aside from Gawn, James Harmes, Daniel Turner and Harrison Petty all took heavy knocks and will have to be assessed, with injury casualties mounting for Melbourne.

The Demons’ on-field ordeals have been exacerbated by incidents off it, with Jake Melksham and Steven May involved in a stoush in a Melbourne restaurant.

Demons players were reportedly jokingly sledging Joel Smith and when Melksham reportedly stood up for the latter, the situation escalated. 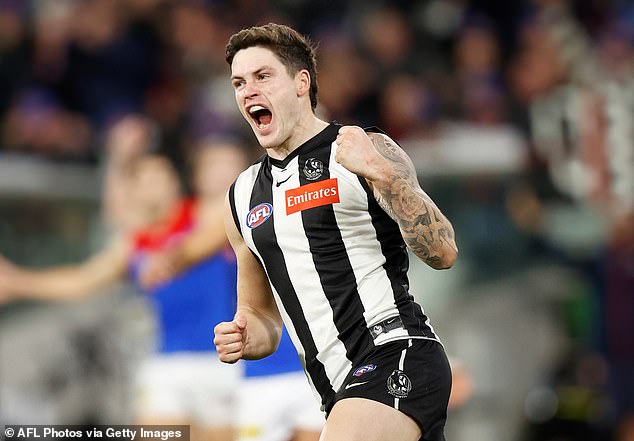 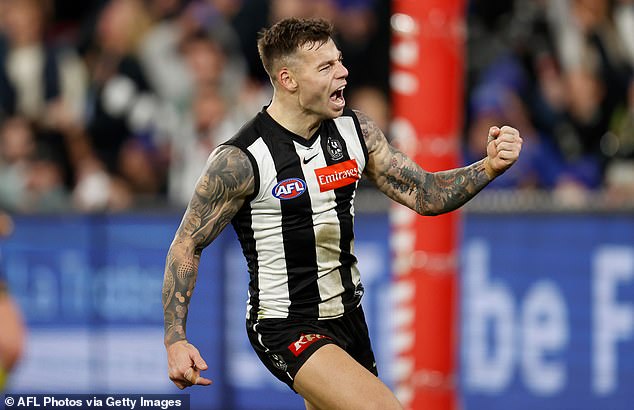 The forward allegedly punched May, leaving him needing two bouts of surgery on his infected hand.

The fullback is also alleged to have told Melksham that the Demons would have lost the Grand Final to the Western Bulldogs last season had he played instead of being ruled out due to an injury.

R. Kelly's Victim Says He Should Be Sentenced to Life Behind Bars