A GRIM city dubbed “the most depressing on Earth” is so remote it can’t be reached by road and so polluted life expectancy is ten years lower than the national average.

The most northerly city in the world, the remote Russian mining town of Norilsk is dark for two months of the year and has a truly chilling past.

Home to over 170,000 people, the small city in the Krasnoyarsk Krai region of Siberia, eastern Russia, is one of the most remote cities on the planet.

Norilsk is just under 1,800 miles from Moscow and more than 930 miles north of the regional capital Krasnoyarsk.

No roads lead to Norilsk. One freight railway line runs in and out of the city, and the port city of Dudinka 40 miles away provides a route to the city by sea – although it is frozen over in the winter.

It is so cut off that when locals leave the city they joke that they are “going to the mainland”. 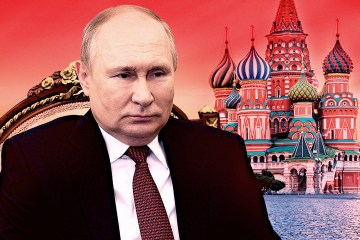 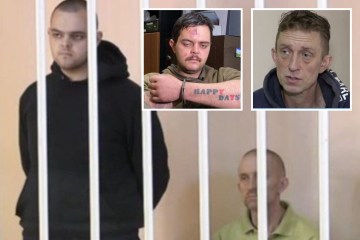 Norilsk only got a proper internet connection in 2017 – until then this city about the size of Ipswich relied on a dodgy satellite link.

The only year-round route to this far-flung corner of Russia, therefore, is to fly, although even that isn’t easy.

After a more than five-hour flight from Moscow, visitors are greeted by an apocalyptic hellscape built on the site of a Soviet prison camp.

The modern story of Norilsk begins in the early 20th century when a geologist discovered rich deposits of nickel, copper, and cobalt at the foot of the Putorana Mountains.

Norilsk sits on the biggest nickel-copper-palladium deposits on the planet.

In 1936, the USSR began building a huge extraction complex in the mountains using around 500,000 forced labourers from a nearby Gulag.

For 20 years, they worked in the harsh Arctic permafrost, with 18,000 dying in horrific conditions.

Today, a fifth of the world’s nickel comes from Norilsk and more than half of global palladium, a metal used in car exhausts and jewellery.

Almost everyone in Norilsk today has a connection to the nickel plant, either being directly employed by Norilsk Nickel or working for one of the many companies which rely on it.

But having such an enormous job creator in the city has come at a horrific cost.

In the winter, the snow is also red… On the one hand, it’s beautiful, but on the other it’s chemical

Around one per cent of total global sulphur dioxide emissions come from this one city.

The air is so polluted that many people mine the surface soil for soot because it contains precious minerals.

Not only does this cause acid rain that kills many of the surrounding trees, but it also takes a devastating toll on Norilsk’s inhabitants.

The life expectancy for a worker in Norilsk is just 59 years old, 10 years shorter than the Russian average.

Rates of cancer in the city are also double those of the rest of Russia.

In September 2016, the nearby Daldykan river turned blood red in chilling scenes.

No official explanation was given for this terrifying phenomenon, which some locals put down to a “message from God about an impending world war”.

The more likely reason given was a runoff at the nearby smelting plant.

Reported former factory worker Evgeny Belikov was quoted by ABC News as saying that a reservoir close to the plant was a similar colour and known as “The Red Sea” by staff.

“In the winter, the snow is also red,” he is claimed to have said. “On the one hand, it’s beautiful, but on the other it’s chemical.”

A company spokesperson said at the time: “The Polar Division of Norilsk Nickel does not confirm a leak of emergency discharge of industrial waste into the Daldykan River which could have affected its state.

“However, environmental monitoring around the river and adjoined production facilities of the company is being held, including helicopter flights.”

On June 3, 2020, a river outside Norilsk again turned blood red following a massive diesel spill caused by a subsidiary of Norilsk Nickel.

The spill of more than 20,000 tonnes of diesel into the Ambarnaya after the collapse of a fuel reservoir at a power plant led Vladimir Putin to declare a state of emergency and criticise the subsidiary company.

On top of the toxic pollution, Norilsk’s desolate location also gives it reasonable claims to be the world’s most depressing city.

Located in the Arctic permafrost, the city experiences 45 days of continuous darkness each year.

For about two-thirds of the year, the city and its surroundings are covered in snow.

The average temperature in Norilsk in January is -30C, although it has reached chilling record lows of -53.1C before.

So-called “polar T3 syndrome” is common. This is caused by a lack of sunshine and can result in forgetfulness, mood swings, and cognitive impairment.

In contrast, in the summer the sun doesn’t set for 65 days.

It may be baffling to some that anyone would want to work in “the world’s most northern city,” let alone live there, although there is a good reason why so many do.

Workers at Norilsk Nickel can earn more than £800 a month, compared to the national average of less than £600.

Vladimir Putin is also unlikely to step in any time soon, given that the company produces an astonishing two per cent of Russia’s entire GDP.

The company is owned by Putin ally Vladimir Potanin, and one former investor was oligarch Roman Abramovich.

The company says it is trying to cut pollution levels, and in 2017, announced a $14bn investment in a new major development programme. 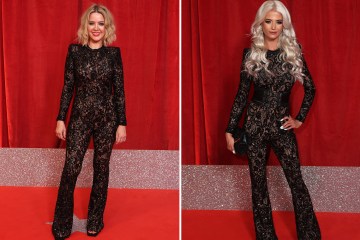 This ambitious plan aimed to cut sulphur dioxide emissions in and around Norilsk by 75 per cent by the year 2023.

However, it isn’t clear whether this target is still achievable following the huge disruption caused in recent years by the Covid pandemic and Russia’s war in Ukraine.

Why you may have a thinking digital twin within a decade