How footy saved NRLW star’s life: Mum-of-three may not have learned she had a very rare cancer until it was TOO LATE if it wasn’t for a routine fitness check – as she opens up on her battle with the killer disease

Brisbane Broncos star Toni Hunt was recently diagnosed with cholangiocarcinoma, a bile duct cancer that has few, if any, symptoms and is more common in people over 60 – and if it wasn’t for NRLW, the disease may not have been detected until it was far too late.

Now the mother-of-three has bravely revealed her battle to survive after originally begging her coach to let her play on.

The talented 33-year-old winger is now halfway through chemotherapy to treat the cancer, but shows no signs of being scared or sad about her situation. 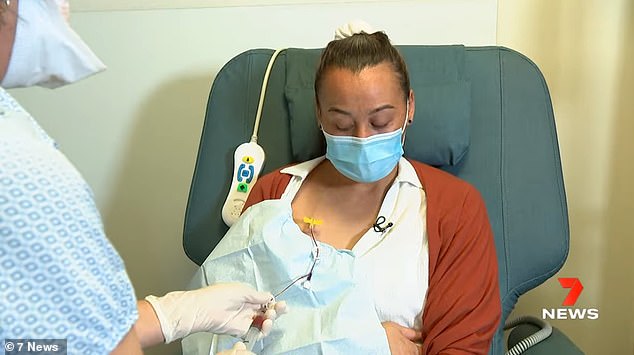 ‘I think nothing comes from negative thoughts, I just have to stay positive,’ Hunt told 7News.

‘It started in my gall bladder, spread through to my liver and one of my lymph nodes.’ 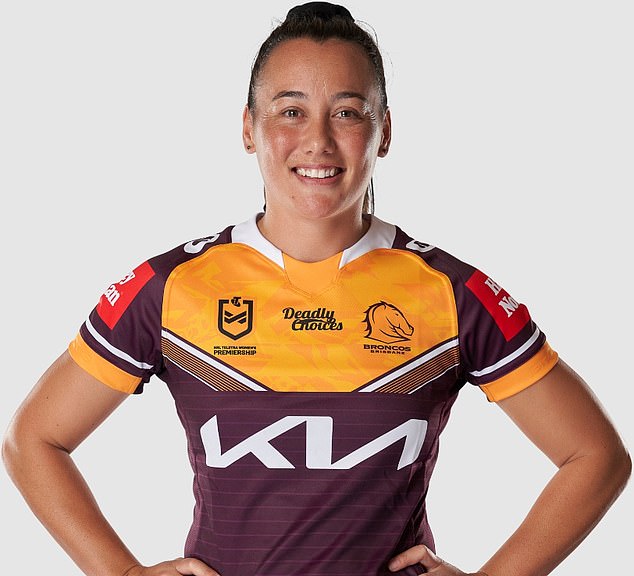 Hunt played one match for the Broncos before her cancer diagnosis

The diagnosis came just one week after her career high when she made her NRLW debut.

‘So proud, excited, nervous; just everything … it was great, the best feeling,’ she said of her debut game against the Dragons.

Horrifically, if it wasn’t for her selection by the Broncos, the New Zealand native’s cancer might not not have been picked up until it was too late. 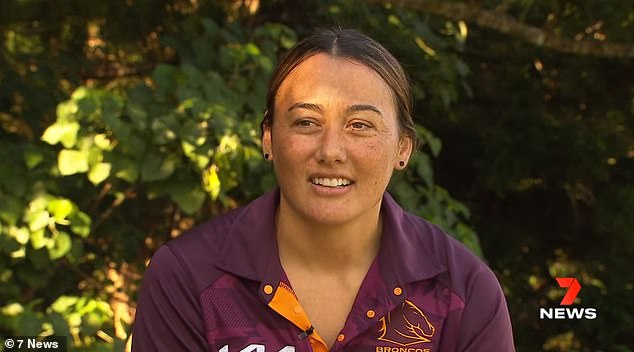 Hunt talks about her battle with the rare, aggressive form of cancer

Hunt explained she actually went to the hospital prior to being diagnosed, and nothing was found.

She was then checked by a Broncos physio after she continued to feel pain at a light training session.

‘I was waking up to the pain. I went to the emergency centre and they found nothing,’ said Hunt.

According to the Cancer Council, Cholangiocarcinoma, or bile duct cancer, is an uncommon form of primary liver cancer, making up 10–15% of all primary liver cancers worldwide. It starts in the cells lining the ducts that carry bile between the liver, gall bladder and bowel.

It’s a rare, but aggressive, form of cancer.

It’s more common in people over the age of 60, and the main tests to detect the cancer are ultrasound or MRI.

Some people have surgery to have part of the liver removed, or to insert a stent, while chemotherapy is also a common treatment.

It is often only detected when the cancer is too advanced to respond to successful treatment.

‘(After training) She (Broncos physio) pushed under my rib and I just jumped. I was like, “Don’t do that! What was that?”‘

Within hours, Hunt had scans which revealed the cancer, and she started chemotherapy weeks later.

Her NRLW coach, Kelvin Wright, astonishingly said Hunt just wanted to get back out on the field, and admitted it was tough to see her go through the ordeal.

‘She got the news and said, “Can you just throw a padding over me? Don’t let the doctor tell you that I can’t play”,’ he said. 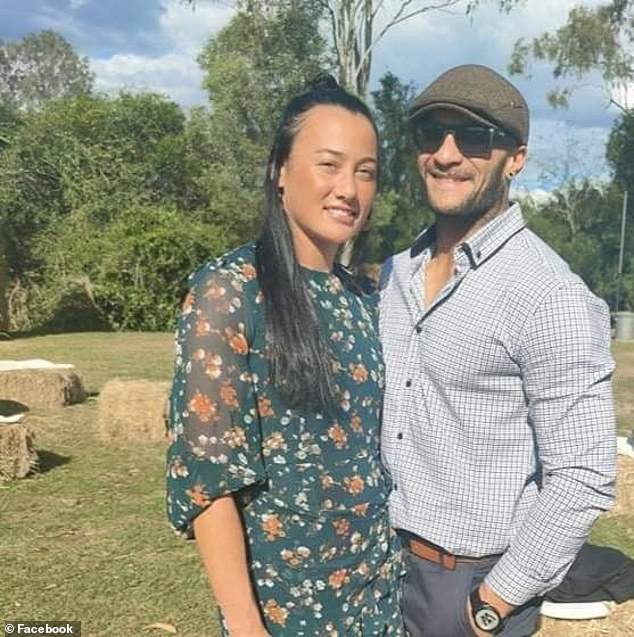 Toni Hunt with husband Tahu Bishop. Her cancer went undetected when she went to hospital, but it was found after a routine check at a Broncos training session

‘It’s hard to see her go through this but no doubt, the positivity and how strong she is, that she’ll get through it.’

The Broncos have given Hunt a contract for next season despite the fact she will likely not be done with her chemotherapy before then.