A PENSIONER was trampled to death by an enraged elephant before the beast returned to drag her away from a funeral pyre and maul her corpse.

Maya Murmu, 70, was collecting water in the village of Raipal, east India, when an escaped elephant unleashed its anger on her.

The huge creature stamped on her and she was rushed to hospital, but died from her catastrophic injuries.

But in a cruel twist, the raging elephant returned and pulled her body off from on top her funeral pyre.

It once again trampled her body, threw her around and savaged her corpse before leaving the scene, reports Press Trust of India.

The elephant is understood to have escaped from the Dalma Wildlife Sanctuary in Jharkhand – 124 miles from where the brutal attack happened. 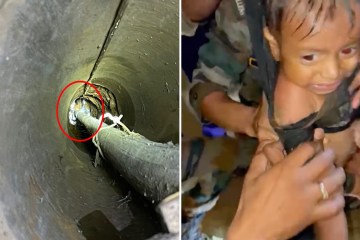 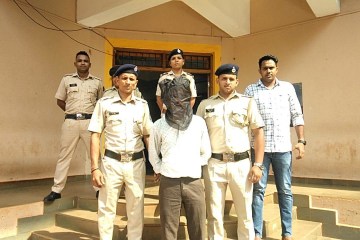 According to local reports, the beast returned as Ms Murmu’s family were carrying out the last rites.

They were forced to finish the ceremony after the elephant wandered off.

It comes after an elephant went on a rampage at a wedding after it got spooked by firecrackers.

Shock footage showed the massive elephant flipping cars and trashing the venue after it got startled by the noise.

Meanwhile, panicked guests could be seen fleeing the scene.

The incident took place during a wedding in Uttar Pradesh, India.

When the groom Anand Tripathi, who was riding the animal was being welcomed, firecrackers were burst.

As soon as the elephant, which was hired for the celebration, heard the noise it started becoming agitated.

The Sarai Inayat police the animal caused damage in the venue and flipped six cars during the rampage, the Times of India report.

It came after an elephant disemboweled and trampled a man to death in a horror attack in Kenya.

Charles Mutisya, 73, was attacked by the animal as he worked on his farm in Makueni.