HUMAN remains found during the hunt for missing Brit journalist Dom Phillips are NOT believed to be his, according to reports.

The news has sparked fresh hope the veteran foreign correspondent and indigenous expert Bruno Pereira, 41, could still be found alive.

The pair vanished in the Amazon last Sunday after venturing deep into the jungle by boat for a reporting assignment.

Brazil‘s federal police announced they had found remains in a river on Friday, raising concerns they could belong to the missing duo.

But two top cops have now suggested the “apparently human” organic material are not linked to the case.

A federal police officer and a state detective told Reuters the location and condition of the gruesome discovery has cast doubts over the initial theory. 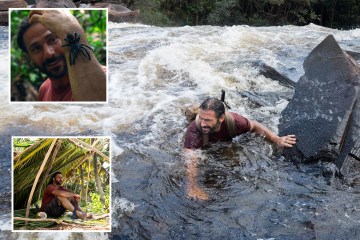 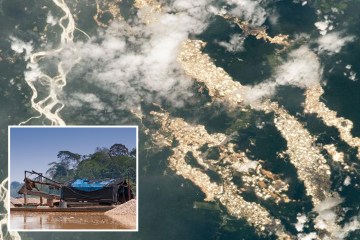 According to sources, the remains were located close to the port of Atalaia do Norte – a town over 40 miles from where Dom, 57, and Bruno were last seen.

Both men vanished after visiting the fisherman’s riverside community of São Gabriel.

The two investigators also hinted the remains could be scraps from a local butcher rather than belonging to the pair.

The material has been sent for forensic analysis to determine its source.

Both cops admitted the origin of the remains would only be confirmed after further examination.

Around 150 soldiers have been deployed in riverboats, aiding indigenous search teams in the desperate hunt for Dom and Bruno.

Police have faced international pressure to ramp up the probe, as public figures called on authorities to pull their finger out.

Brazilian icons from soccer great Pele to singer Caetano Veloso joined politicians, environmentalists and human rights activists in urging President Jair Bolsonaro to step up the search for them.

Local fisherman Amariledo ‘Pelado’ da Costa has been arrested over the disappearances and blood was discovered on a tarp in his wooden boat.

Police said they have collected genetic material from the missing duo to compare with the blood.

Cops have been granted an extra 30 days to keep da Costa detained as they continue to investigate.

He was taken into custody on Tuesday and was charged with illegal possession of drugs and restricted ammunition.

His lawyer denies he had any role in the men’s disappearance.

Police have indicated that da Costa was one of the last people to see Philips and Pereira on Sunday at around 6am.

The suspect’s lawyers and family have said he fished legally on the river and denied he had any role in the men’s disappearance.

Despite the latest grim twist, authorities say they are hopeful of finding the two men alive.

But they also say they don’t rule out any outcome including murder in a region where drug-trafficking and poaching are rife.

There are fears the pair could have been targeted because of their work highlighting environmental damage.

Bruno has recently received a number of death threats over his work against illegal fishing and mining.

And Dom has written about the destruction of the Amazon in articles for The Guardian and The New York Times.

He has also been writing a book on the environment after 15 years of reporting from Brazil.

What a San Francisco vote says about the US left