England‘s Nations League grudge match against Italy could hand Tammy Abraham the perfect opportunity to stake a claim in Gareth Southgate‘s squad ahead of the World Cup in Qatar.

With end-of-season exhaustion plaguing England during their 1-0 loss to Hungary and last-gasp 1-1 draw against Germany, the Three Lions boss is expected to shuffle his pack on Saturday.

Two 90-minute outings will likely land captain Harry Kane on the bench against Italy, with Abraham stepping up as the beneficiary. 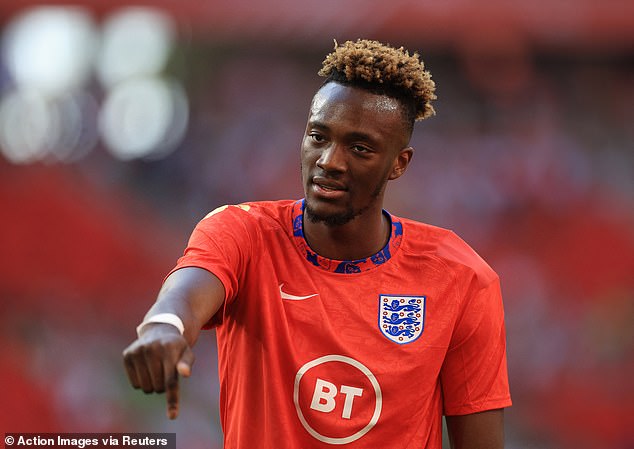 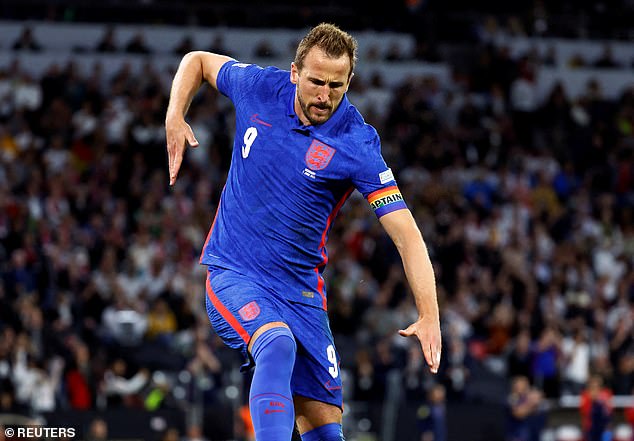 Holding an embarrassment of riches both on the wing and in attacking position – with Mason Mount, Jack Grealish, Phil Foden, Bukayo Saka and Raheem Sterling more or less shoe-ins for the World Cup squad – Southgate will likely take just one central striker to deputise for Kane.

At Chelsea last season, Abraham watched on as other English strikers profited from regular first-team football, propelling themselves to the forefront of Southgate’s mind. 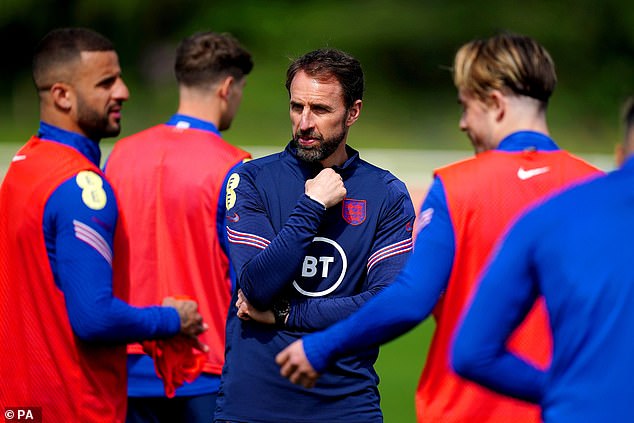 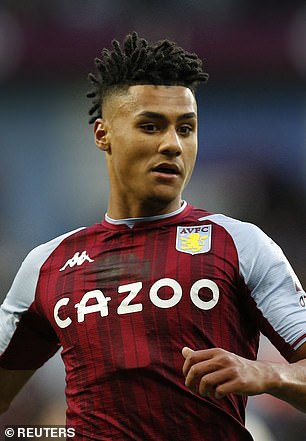 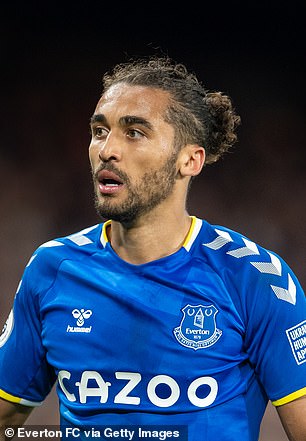 However, since his decision to leave Stamford Bridge for £34 million last August and team up with Jose Mourinho in the Italian capital, the 24-year-old has launched himself into pole position for hotly-contested spot.

Only Tottenham’s Kane managed to match this goal tally, making Abraham the joint-top scoring Englishman heading into the Nations League.

His Serie A total was the fourth-highest behind in-form Italian Ciro Immobile (27), Dusan Vlahovic (24) and Lautaro Martinez (21). 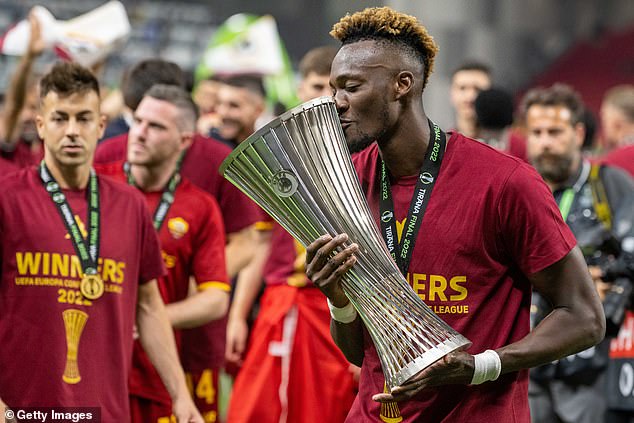 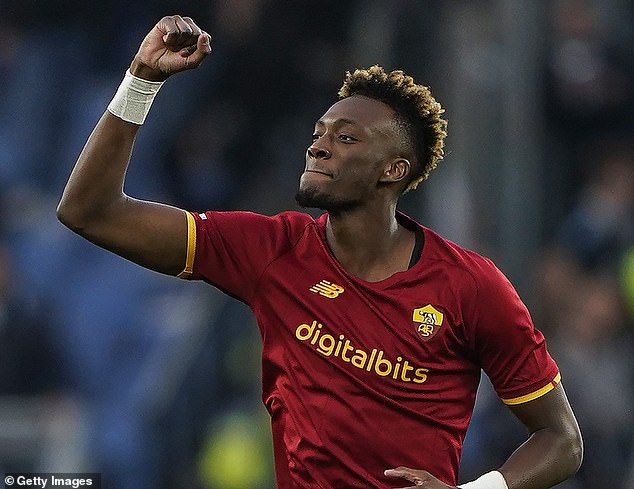 The Belgian went on to score a mere eight goals in 26 appearances, as Abraham flaunted his talents in Italy.

Moreover, Fikayo Tomori – who also left Chelsea in search of game time last summer and subsequently won the Serie A title with AC Milan – made Southgate’s squad as well and could earn his third England cap on Saturday. 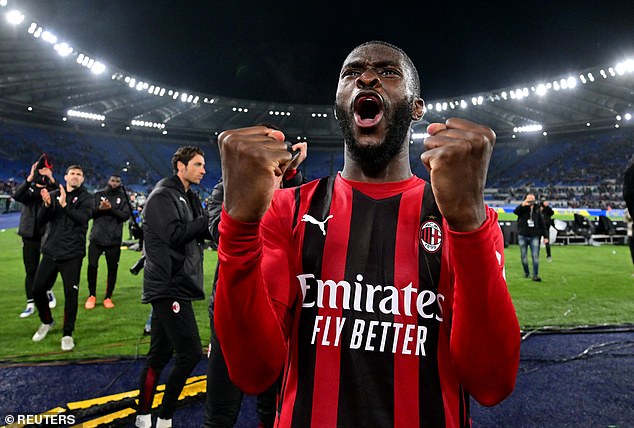 Having regained Southgate’s favour, Abraham has a perfect opportunity to demonstrate his worth against Italy, with England entrenched in a shortage of goals.

A goalless outing in Budapest and a lonely spot-kick against Germany has put England rock bottom of League A Group Three with just four group games left to turn the tide.

Were Abraham to score against Italy and link up well with the midfield – a feature of England’s play which seems to fall away without Kane leading the line – he may cement his spot in the squad long-term.

However, above all, the striker will be keen to leave his pre-match training routine against Germany firmly behind him. 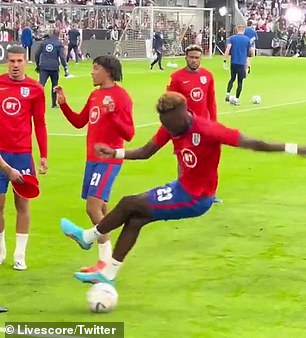 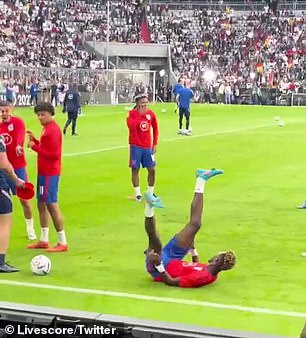 Fans mocked the Roma player after a video emerged of him falling on his backside whilst attempting to juggle the ball.

Team-mates Jude Bellingham, Reece James and Conor Coady were left in stitches as he rolled over the ball and hit the deck.

As he got to his feet, the England forward tried to laugh off the embarrassment before throwing the ball at Bellingham.

Although the 18-year-old Borussia Dortmund star found his way off the bench against Germany, Abraham remained an unused substitute throughout the second-half as England chased a one goal deficit.

The striker’s lack of minutes in the Nations League so far would hint that the second striker spot is still wide open, despite Southgate’s decision to select him in the squad overall.

Abraham has no doubt earned another chance in an England shirt after his season at Roma, but – if the pre-match antics are anything to go by – he may be wise to keep things simple against Italy and focus on doing the basics right.

March For Our Lives: Tens of thousands rally for stricter US gun laws