Saracens advanced to the Premiership final on Saturday after beating Harlequins 34-17.

Ben Earl was the star of the show, scoring two tries before half-time to put the Sarries 15-12 ahead before adding another in the second-half.

Mark McCall’s side will take on the winner of Saturday’s other semi-final between Leicester and Northampton next week. 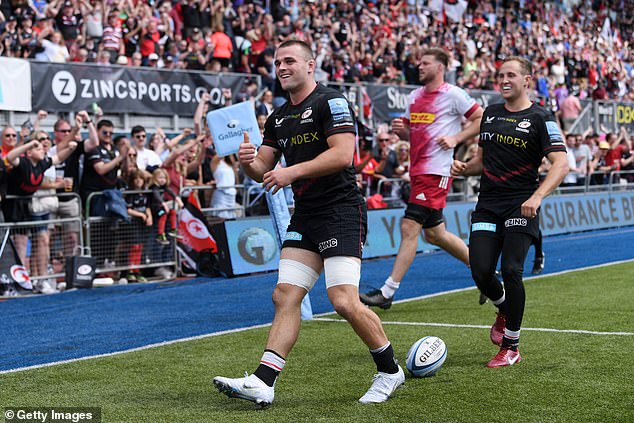 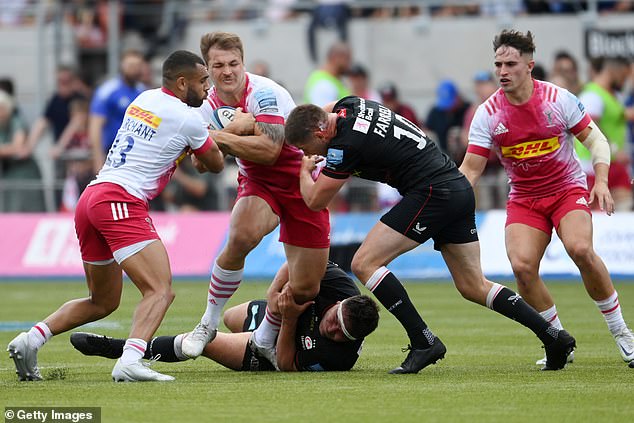 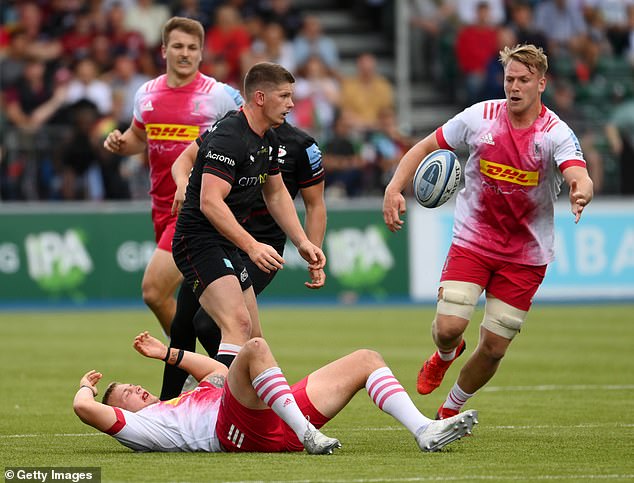 Owen Farrell makes a pass while under pressure from Jack Walker 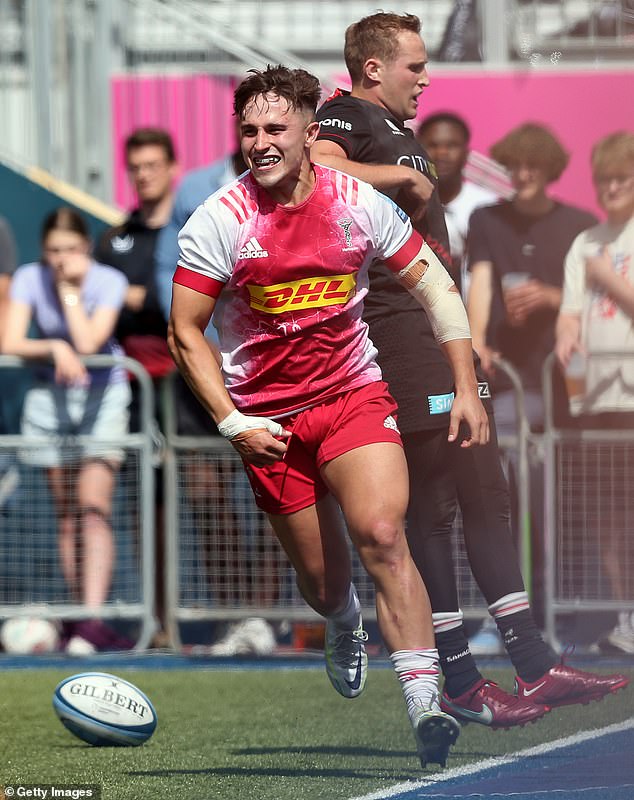