Hungary 1-1 Germany: Hansi Flick’s side still searching for first win in the second edition of the UEFA Nations League after being held to a draw in Budapest

Germany are still searching for their first victory in the second edition of the Nations League after they were held to a frustrating draw by Hungary in Budapest.

Both goals came in the opening 10 minutes at Puskas Arena as Zsolt Nagy opened the scoring before Jonas Hofmann equalised shortly after.

Hansi Flick’s side have three points from their opening three games and sit third in League 1 Group 3 behind Hungary. 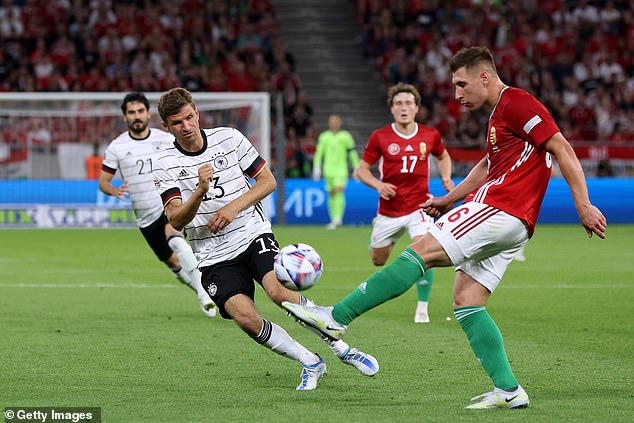 March For Our Lives: Thousands join gun control rallies across the US