SHOCKING video of a savage attack on three women after one of them rejected a sex pest’s advances has unleashed a flood of outrage on Chinese social media.

In the graphic CCTV footage, a man can be seen harassing a diner who is having a meal with her two friends at a barbecue restaurant in Tangshan, in Hebei province.

The man slapped her in the face when she pushed him away, and up to eight more thugs piled up to punch and kick the woman and her pals.

Two of the women were dragged outside, beaten to the floor and stamped on as terrified staff tried to intervene.

The sickening attack was the most discussed topic on China’s Weibo social media platform today as the CCTV footage went viral.

Hundreds of millions of comments said it was indicative of the kind of abuse regularly meted out to women in China’s sexist society. 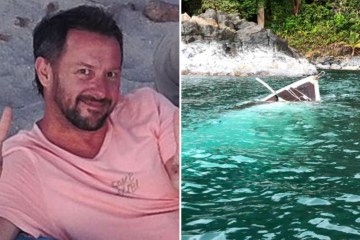 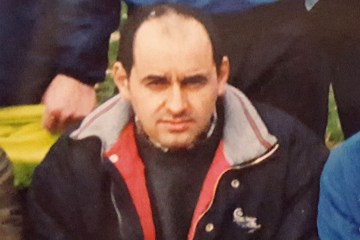 The video starts with the a man in a dark green hoodie entering the diner and gesticulating to staff towards the table where the three women are sitting.

He then walks back and places his hand on one woman’s back before she takes hold of his wrist to push him away.

He he tries to embrace her again, and she pushed him back a second time he responds by striking her in the face.

The woman defends herself by throwing a bottle at him, and her friend also tries to fight off the sex pest.

He then grabs the second woman by the neck, pushing her back on a chair where she is kicked and punched by the man’s friend.

A stream of other men then enter from the street and one if seen wielding a chair above his head as he wades into the melee.

As the second woman is being beaten on the floor, the third woman stands over her to protect her with her body and gets hit with the chair.

Meanwhile the man who started it grabs the first victim by the hair, punches her in the face and drags her outside helped by his gang.

The brutal onslaught continues as two of the women are dragged into the street and beaten to the floor.

One victim smashes her head on the kerb, as the thugs kick and stamp on her helpless friend.

Authorities confirmed that two women were taken to hospital after the attack on June 6.

Yesterday they were said to be “in stable conditions and not in mortal danger”.

Two others were treated for minor injuries.

Following the outcry, a total of nine suspects have now been arrested on suspicion of violent assault and “provoking trouble”, police in Tangshan city said.

An investigation is underway, the local Public Security Bureau said in a Weibo post.

The footage has quickly become viral on China‘s Weibo social media platform, in a country where gender-based violence and domestic abuse remain commonplace.

Millions of users have commented on the video, urging the authorities to crack down on sexual harassment.

Some were also furious that it was initially framed as simply violence in a restaurant without mentioning it was men targeting women.

“This happened in a society where violence against women is rampant,” one post said.

“To ignore and suppress the perspective of gender is to deny the violence that women suffer.”

Another said: “How is this sort of thing still happening in 2022? Please give them criminal sentences, and don’t let any of them get away.”

The flood of outrage on Chinese social media prompted state media calls for punishment and renewed a debate over rampant violence against women in the patriarchal country.

China Women’s News, published by the All-China Women’s Federation, said today “there can only, and must only, be zero tolerance for such vicious cases of serious violations of women’s rights and interests.”

Last year, a Chinese man who murdered his TikToker ex-wife was sentenced to death by a court in Aba Prefecture.

In another case that shocked the nation, Tang Lu doused Amuchu, 30, a Tibetan vlogger known as Lamu, in petrol before setting her alight during a livestream.

Lamu, a mum of two, died of her injuries after 16 agonising days.

Tang had a history of violence against her.