A pub owned by England cricket star Stuart Broad caught fire in the early hours of Saturday morning – with eight firefighters sent in to tackle the blaze.

The Tap & Run, in Upper Broughton – located between Nottinghamshire and Leicestershire – is co-owned by Broad and Broad and former England team-mate Harry Gurney.

There is not believed to be any injuries or fatalities, with The Nottingham Post claiming there was not anyone present inside the building at the time of the fire.

The Nottinghamshire Fire and Rescue Service said: ‘The time of call was 3.22 this morning. It’s a public house premises and we have had eight engines in attendance, one aerial ladder platform, water carrier, command support vehicle.

‘It was a building of two floors, 15 metres by 30 metres, the area of the building. The fire was in the first floor and roof. They have used two main jets and then two hose reel jets.’

Images of the fire on social media show the roof severely damage with smoke pouring out of the top of the building.

Another video shows firefighters using a huge crane to spray water from a height in order to extinguish the flames. 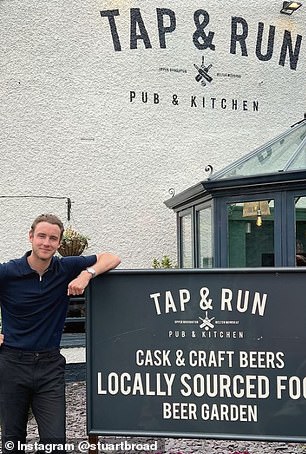 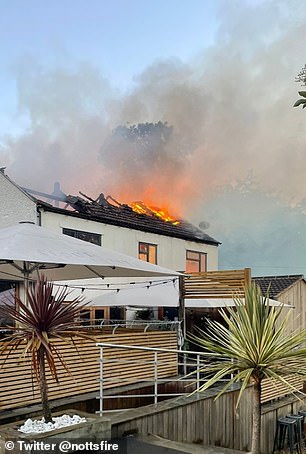 Inside 'E.T.'s Reese's Pieces Sequence and Why Steven Spielberg Was Forced to Swap Candies in 1982 Classic