Brisbane‘s win over Canberra came at a potentially huge cost, with the Broncos losing Payne Haas and Adam Reynolds to injuries while Herbie Farnworth also suffered a significant knock.

Haas departed in the first half with a right AC joint injury that will leave New South Wales coach Brett Fittler sweating on the status of the giant prop ahead of Game Two of the State of Origin series on June 26.

Reynolds visibly struggled halfway the second half before being eventually forced off the field with a rib problem, while Farnworth followed him to the sheds shortly afterward with a torn bicep. 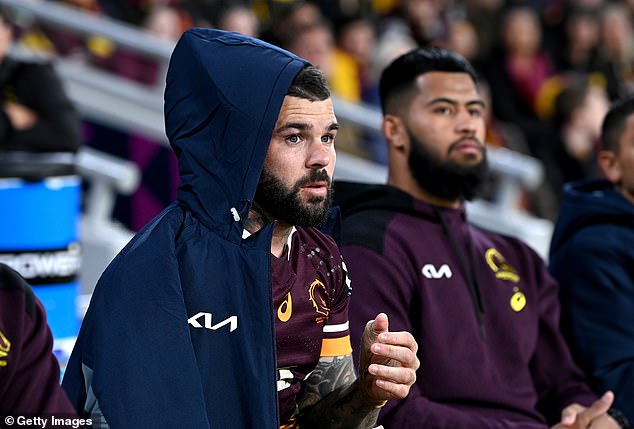 The Broncos lost Payne Haas (right) to an AC shoulder injury in the first half on Saturday, while Adam Reynolds (left) departed with a rib injury

The Broncos improved to 9-4 for the season with the win and consolidated their top-four spot, while the Raiders remained 11th following an eighth loss in 14 outings.

Brisbane coach Kevin Walters, however, will be left sweating of the fitness of the trio, who have been crucial in the Broncos’ revival this season.

Ms: The first magazine owned, run, and written by women