Given that her husband is on a less than sparkling run of no top-25 finishes in his last 10 events, and has fallen from seventh in the world to 33rd, you might have thought Mrs Patrick Reed would have more pressing matters to concern her than to have a dig at Tiger Woods.

After all, virtually everyone else considered it a source of considerable excitement when Woods showed up last week for a practice round at Southern Hills, venue for the US PGA Championship in a fortnight.

Categorizing himself as a ‘maybe’ for the season’s second major following all his exertions at Augusta, this was surely confirmation that Tiger has recovered and intends to go again.

Justine Reed wasn’t interested in that. She claimed Woods was receiving preferential treatment, citing a tweet put out by the PGA of America showing him practising with Cary Cozby, director of golf for Southern Hills. 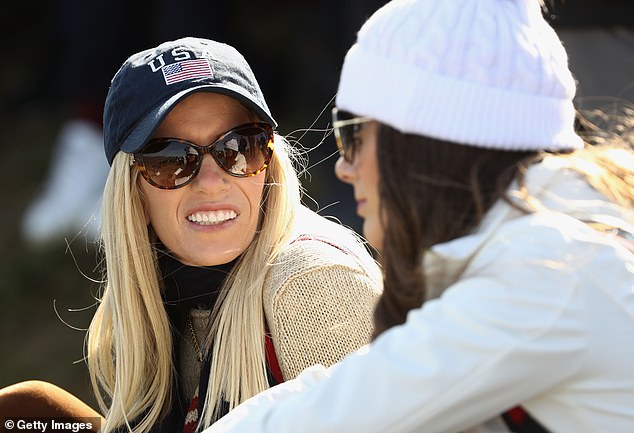 Using the Twitter handle GolfFacts, widely regarded as her anonymous account for letting off steam, she wrote: ‘I wonder what it’s like to have the director of golf at Southern Hills give you ALL the course notes you need for the upcoming PGA. Do all players get this treatment? For Tiger this is just embarrassing that the PGA posted this photo and very telling.’

How can you get it so wrong? Causing such a petty commotion is certainly embarrassing for one player who will be at the PGA, but it isn’t Tiger.

Attention to detail is just one more area where Woods has excelled over the years, so it’s hardly surprising that he should seek out Cozby and pick his brains. Isn’t that what great players have always done? I’m sure Cozby would extend the same courtesy to Reed if he took a week off from playing poorly and made it to Tulsa.

Cozby gave an upbeat verdict on his round of a lifetime, telling a local reporter: ‘Tiger’s rhythm was great, he hit it straight and plenty far and his chipping and putting were impressive. Watching him work was amazing, he was so meticulous and immersed in what he was doing. He was inquisitive on lines and the best angles.’

Clearly, the comeback continues. Meanwhile, Justine might care to think back on an epic moment in her husband’s career when he was also thankful for the advice of a fellow pro.

Preparing for what proved a brilliant singles victory over Rory McIlroy in the 2016 Ryder Cup, Reed was taken to one side. ‘I was so amped up I couldn’t concentrate, I was hitting it sideways,’ recalled Reed.

‘He cracked a few jokes and gave me advice that made all the difference. He took my adrenaline high back to a level that was manageable.’

I’m sure you don’t need me to spell out the pro who went to such trouble — but he might be reflecting this morning on how quickly people forget. 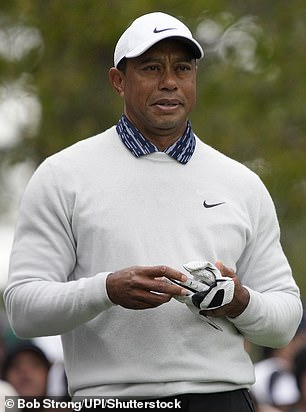 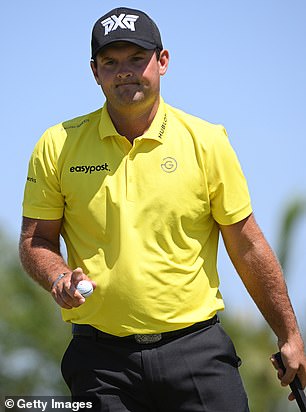 Tiger Woods is eyeing the US PGA Championship, while Patrick Reed is out of form

Bland returns to Belfry as a leading attraction

Twelve months ago, Richard Bland turned up at the BetFred British Masters at the Belfry as an ageing member of the chorus line with seemingly one eye on the over-50s Champions Tour in America.

This week, he returns for his 500th event on the European Tour as arguably the leading attraction alongside Lee Westwood, Robert MacIntyre and tournament host Danny Willett.

It’s hard to think of a career transformed so dramatically in its veteran stages as that of the Englishman, whose 501st event will be his debut at the US PGA Championship in Tulsa, aged 49.

It all began at the Belfry, where so many golfing heroics have taken place over the years.

Bland won a play-off against Italian Guido Migliozzi for his first triumph at the 478th time of asking, to become the tour’s oldest first-time winner.

It is worth holding on to the image of Bland’s joyous reaction and the magic that is still possible. 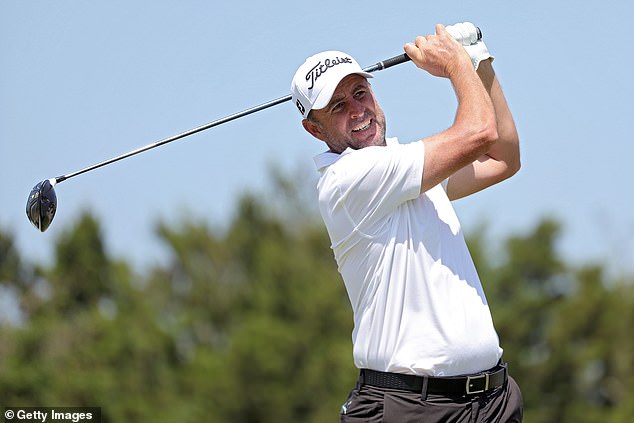 Jon Rahm was just about the only big name who showed up for the low-key Mexico Open on the PGA Tour last week — and was so pleased he did.

After weeks of testy exchanges with the media regarding what had gone wrong with his putting, the feisty Spaniard put all such talk to bed with a one-stroke success for his first victory in 10 months and one that could hardly have been better timed.

Over the next three months, the world No 2 will contest three majors, including his defence of the US Open, and welcome the birth of his second child.

With confidence restored and momentum on his side, he is going to be very difficult to beat. Just watch him go. 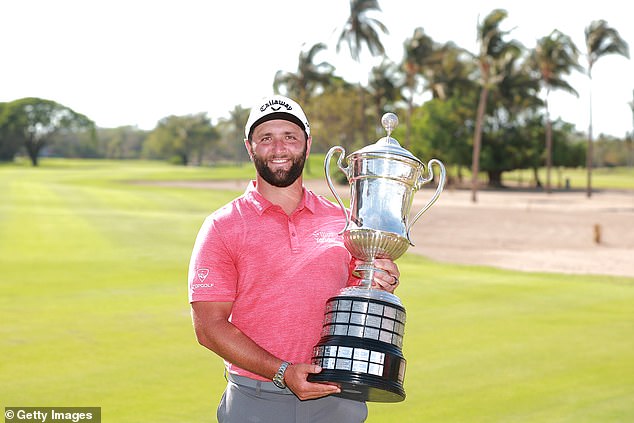