Brisbane Lions star Joe Daniher could miss up to six weeks after injuring his shoulder in the AFL club’s important win against Sydney.

The gun forward was subbed out of Sunday’s match after being hurt in the first quarter.

Daniher cut a forlorn figure on the bench as the Lions posted their first win at the SCG since 2009 to go second on the ladder. 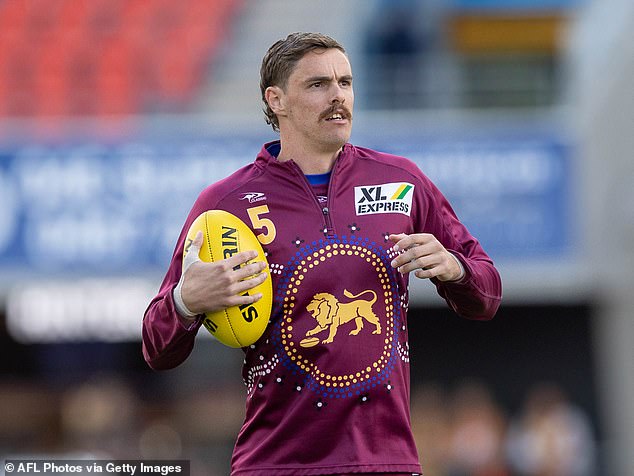 Lions football boss Danny Daly is hopeful the 28-year-old has avoided any major damage but will have to wait until Tuesday to find out.

‘Joe subluxed his shoulder so they strapped him up and he kept going but he went up for a marking contest and it popped out a little bit again,’ Daly told TAB Radio.

‘If it had have been a grand final, or a final, they would have jabbed him up and went back out so it was more precautionary.

‘He will go and get scans but there is a public holiday [on Monday in Queensland]. 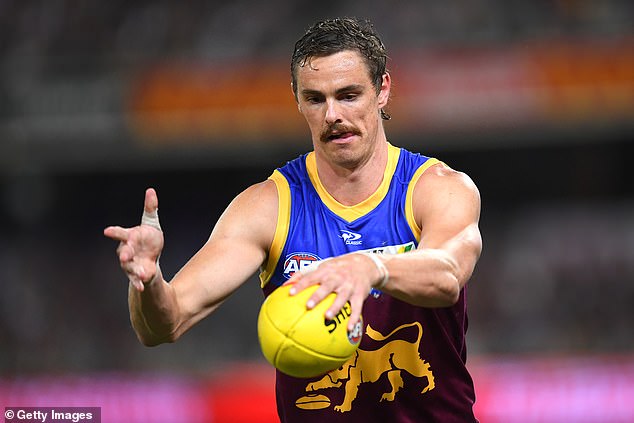 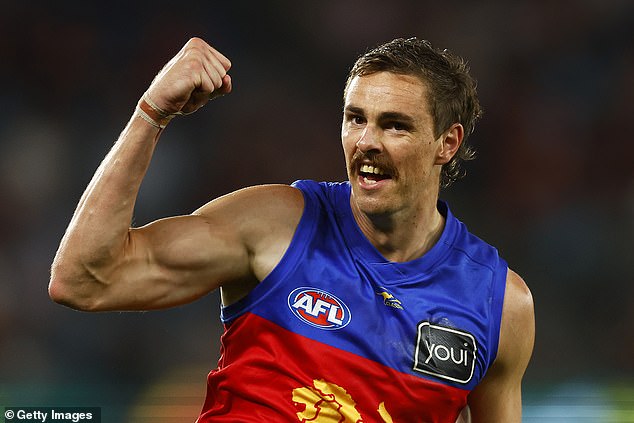 ‘First thought it might be a four-to-six week injury where they need to strengthen the shoulder back up but until we get the scans back we’re not sure.’

Daniher has enjoyed an outstanding start to his second season with Brisbane, kicking 19 goals in six games after 46 majors last year. 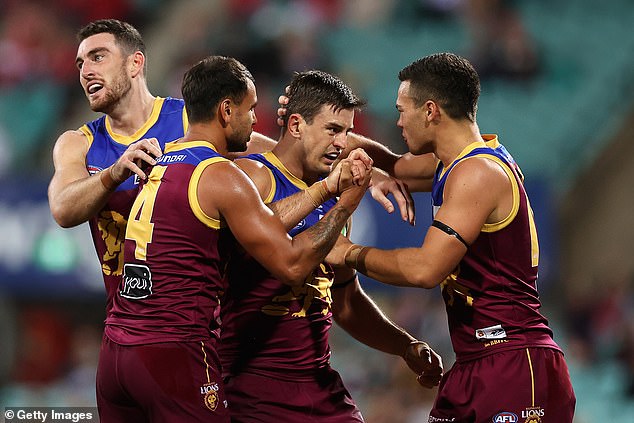 In better news for the Lions, young utility Jaxon Prior has avoided having his season cut short.

There were fears the 20-year-old had ruptured his ACL after going down late against the Swans.

‘It didn’t look too good there at the end, we were a little bit concerned he might’ve done some major damage,’ Daly said.

‘There was no structural damage so it might have just been a corky on his knee so he should be OK for next week.’