Daniel Tupou is facing a ban for his high shot on Mikaele Ravalawa, with the NRL having since admitted the Sydney Roosters winger should have been sin-binned for the tackle.

Tupou was on Tuesday charged with a grade-two careless high tackle by the match review committee, in a further blow to the Roosters after their 14-12 loss to St George Illawarra.

The former State of Origin flyer will be able to accept a one-match suspension with an early guilty plea, while that will double to two if he fights it and loses. 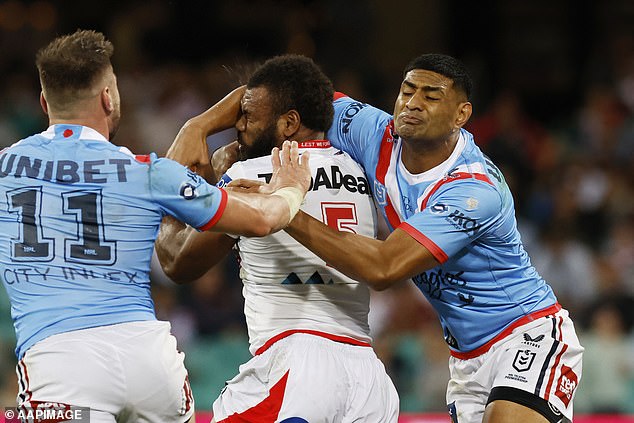 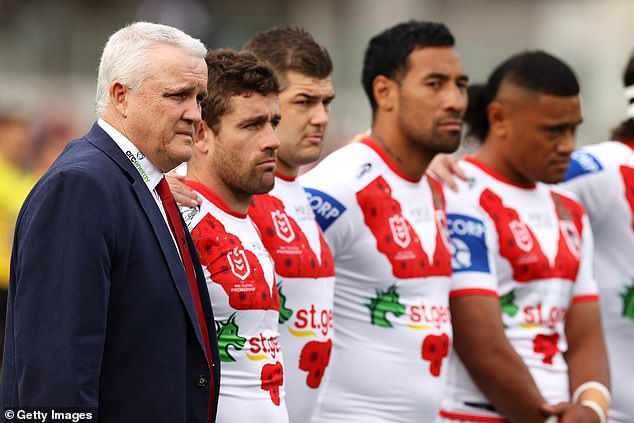 St George Illawarra coach Anthony Griffin (left, at Monday’s ANZAC Day match) said Tupou would have ‘got two years in jail’ if he’d made the same tackle during the crackdown on foul play in last year’s Magic Round

“He would have got two years in jail for that in Magic Round last year,” Griffin said.

“He had 30 metres to decide where to tackle him. It was direct contact with the head.

“I don’t understand the rules. At least (should have been put) in the bin.”

NRL boss Andrew Abdo took to radio afterwards to admit he believed Tupou should have been sent to the sin bin.

Intriguingly, Tupou’s charge is equal to that of Warriors player Aaron Pene, who collected Melbourne’s Reimis Smith high on Monday night but was also not sin-binned.

All three other players who have been issued grade-two careless high tackle charges this year have been sin-binned, as well as some grade-one offences. 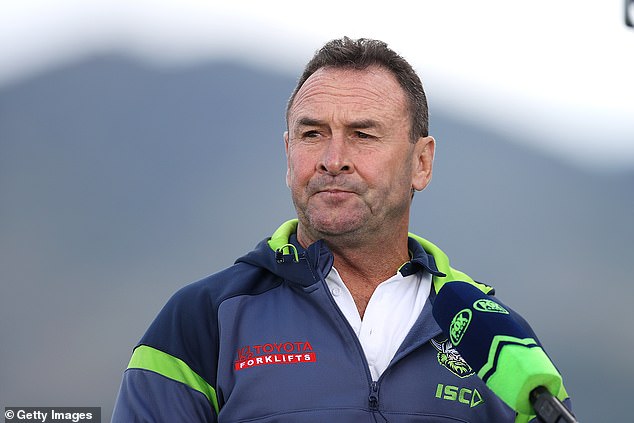 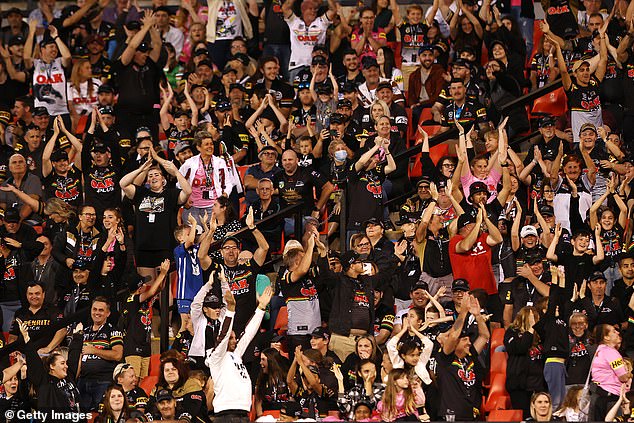 The NRL is also reviewing footage of Canberra coach Ricky Stuart’s foul-mouthed blow-up in the press conference after his side’s loss to Penrith on Sunday.

Stuart lost his temper when he and captain Jack Wighton were repeatedly asked about Penrith fans mocking the club’s Viking clap during their 36-6 win.

After saying he had ‘no thoughts’ about the matter, the coach threatened to walk out of the conference and said, ‘Well, if that is all we have got to talk about. F*** me dead.’

Stuart was warned twice last year for swearing, once in a press conference and once on the sidelines.