HE’S the richest man on Earth, with an estimated fortune of £210billion, and has now taken charge of the global chatroom that is Twitter.

But Elon Musk – who has splashed out £33billion on his latest acquisition – recently revealed the secret heartache behind his eye-watering fortune.

Speaking in a Ted Talk interview, he gave a rare glimpse into his past when he admitted he was bullied as a child over his Asperger’s Syndrome.

“I did not have a happy childhood to be frank,” he said. “It was quite rough.”

The tech mogul added that the condition, which means sufferers struggle to understand social cues and have ordered, rigid thinking patterns, was a ‘gift’ because it led him to a career in computing.

“I think most people don’t enjoy typing strange symbols into a computer by themselves all night,” he said. 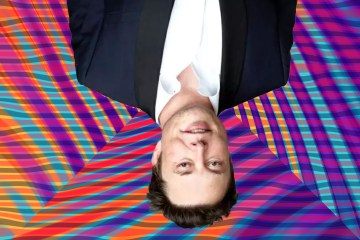 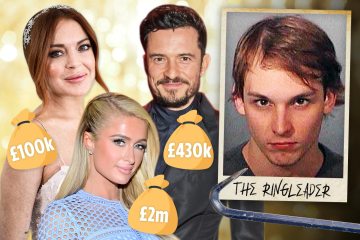 “They think that’s not fun, but I thought it was. I really liked it. I would just program all night by myself and I found that be quite enjoyable. But I think that is not normal.”

Since then very little has been “normal” in Musk’s life – from his “fluid” relationship with rapper Grimes, with a secret surrogate child and separate houses, to his plan to colonise Mars.

Relishing in the unconventional the 50-year-old mogul, who once smoked weed on a web show – claims to have sold or given away all his houses and possessions and moving into a £50,000 house owned by his company, SpaceX.

He has also been plagued by tragedy – losing his first child to sudden infant death syndrome before turning to IVF to have twins and then triplets with first wife Justine.

His determination to take over Twitter comes from his position as a self-declared “free speech absolutist” and a passionate anti-woke agenda.

But the Tesla boss – who recently declared his new work title as “Techno-king” – seems to have a desire for world domination which may stem from a lonely childhood.

Bizarrely, it was his love of Twitter that sparked his romance with musician Grimes – real name Claire Elise Bucher – who is 16 years his junior.

The couple hit it off when he messaged her in response to a tweet she wrote about the thought experiment Roko’s Basilisk.

In May 2020, they welcomed their first son but instantly caused controversy with the choice of name – X Æ A-12 – and were forced to change it to X AE A-XII by Californian authorities because it contained symbols not included in the alphabet.

A year later, Musk said the pair had “semi-separated but still love each other, see each other frequently, and are on great terms.”

Despite living apart, the couple then used a surrogate to give birth to their baby daughter, Exa Dark Siderael – also known as Y – who was born in December.

They kept her birth a secret, only admitting she existed when a journalist heard a baby crying upstairs at their home in March.

When pressed, she admitted she had a daughter and explained that serious complications in her first pregnancy meant they didn’t want to risk a second.

Explaining their on-off relationship, Grimes added: “There’s no real word for it.

“I would probably refer to him as my boyfriend, but we’re very fluid. We live in separate houses. We’re best friends. We see each other all the time…. We just have our own thing going on, and I don’t expect other people to understand it.

I would probably refer to him as my boyfriend, but we’re very fluid.

“This is the best it’s ever been…. We just need to be free.”
She also revealed the couple wanted to have “at least three or four”kids together.

But later that month it was rumoured Grimes was dating activist Chelsea Manning.

The relationship has always been unconventional, with the pair often communicating – and fighting – over Twitter.

In May 2020, when Musk vowed to give away all his worldly possessions, he tweeted “My gf is mad at me.”

The mogul claimed he wanted to rid himself of “stuff” because people attacked him for his luxury lifestyle adding: “I think possessions kind of weigh you down.”

He flogged a property portfolio worth £100m including a £24m Bel Air mansion, four other LA properties worth £50m and a ranch house which once belonged to comic Gene Wilder.

But last year, Forbes claimed he was actually living in a £10million luxury mansion in Austin owned by wealthy friend and Paypal co-founder Ken Howery, and had been viewing other mansions in the area.

Musk, who was born and raised in Pretoria, South Africa, admitted he felt socially isolated growing up, adding: “For me, the social cues were not intuitive.

“I would just tend to take things very literally, just the words as spoken were exactly what they meant.

“It took me a while to figure that out. I was bullied quite a lot.

“I read lots and lots of books. Gradually I understood more from the books that I was reading and watched a lot of movies. It took me a while to understand things that most people intuitively understand.”

The bullying and social isolation led to Elon selling his first computer programme at 12 and going on to found Paypal, which he sold for £138million in 2002.

His relationship with dad Errol, who he lived with after his parents split when he was eight, was also a source of pain.

When he left home at 17 to make a new life in Canada, his dad told him he’d be back with his tail between his legs and called him an “idiot.”

Musk met first wife, Justine Wilson, at University and they wed in 2000. Two years later they welcomed their first son, Nevada, but the tot tragically passed away at just 10 weeks.

In a rare glimpse into his pain, in 2018, he told a grieving father whose son died in Tesla crash, that there’s “nothing worse than losing a child.”

“My firstborn son died in my arms. I felt his last heartbeat,” he added.

The couple then used IVF to have five more sons – Griffin and Xavier, now 18, and 17-year-old triplets, Kai, Saxon and Damian – before splitting in 2008.

My firstborn son died in my arms. I felt his last heartbeat.

Justine later accused him of trying to turn her into a “trophy wife”, and said she “sucked at it.”

“I wasn’t interested in Botox or makeup or reducing the appearance of the scars from my C-sections,” she told Marie Claire.

“And no matter how many highlights I got, Elon pushed me to be blonder. ‘Go platinum,’ he kept saying, and I kept refusing.”

Musk married his actress girlfriend in 2010 but two years later they divorced. “It was an amazing four years. I will love you forever. You will make someone very happy one day,” he tweeted.

Though they remarried in 2013, Musk filed for and subsequently withdrew the second divorce petition in 2014.

However, Riley filed for divorce in 2016, which was finalized later that year.

She told People magazine: “We still see each other all the time and take care of each other.”

Musk dated actress Amber Heard for a year, and split in 2017, leaving the billionaire businessman heartbroken.

“I was really in love, and it hurt bad,” he told Rolling Stone. He was later accused of having an affair with her during her stormy marriage to Johnny Depp, a charge they have both denied.

Musk’s latest business move is perhaps a natural progression for a man who has caused many a controversy on Twitter – tweeting mainly from his toilet.

In August 2018, he posted that he had funding to take Tesla private at £330 per share – but he was fined £15m after the Securities and Exchange Commission (SEC) concluded the tweets had no basis in fact and hurt investors.

A year later he was sued by defamation after branding British cave diver Vernon Unsworth, who helped rescue 12 Thai students from a cave, “pedo guy”. Unsworth lost the case.

He also brooked criticism during the pandemic for playing down the severity of Covid-19 and railing against lockdowns.

His ownership of the platform has now raised theories that “cancelled” users like Donald Trump and conspiracy theorist Alex Jones will be allowed back onto Twitter.

Whatever direction Musk decides to take, there are bound to be a few surprises up his sleeve.

Ne-Yo Gets Married Again to Wife Crystal Renay in Vegas

Iran arrests man after brown bear is beaten to death