‘Are you crazy?’: Bob Arum shuts down Tyson Fury retirement talk after Dillian Whyte KO and teases an exhibition fight between the Gypsy King and UFC heavyweight champion Francis Ngannou

Tyson Fury‘s promoter Bob Arum has ruled out the idea of the heavyweight champion retiring from boxing after defeating Dillian Whyte.

The Gypsy King dominated from start to finish at a sell-out Wembley on Saturday night, eventually finishing off Whyte with a stunning uppercut in the sixth round.

In his interview after the fight, Fury vowed to quit the ring as he wanted to keep a promise that he made to his wife. 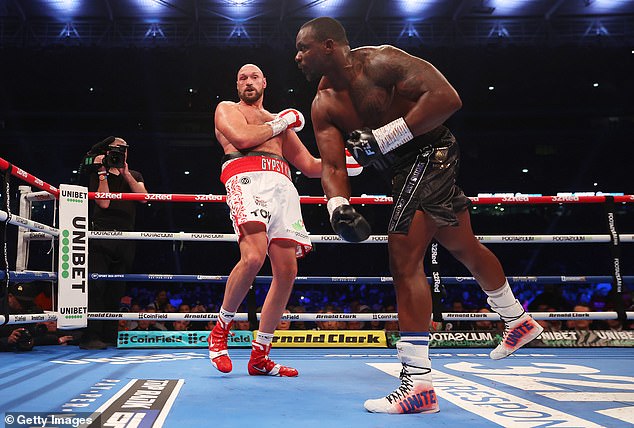 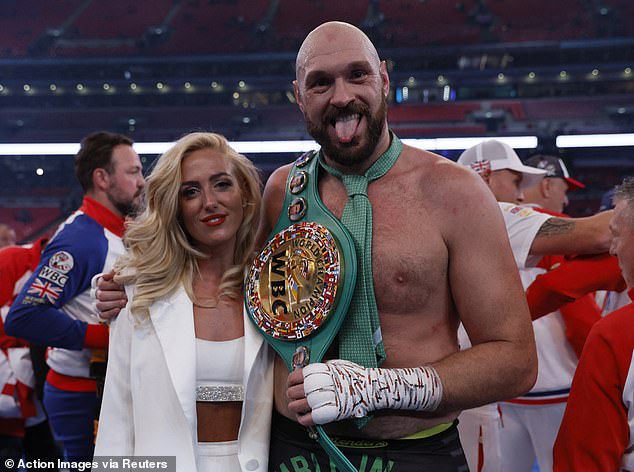 After the fight, Fury said that he had promised his wife Paris that he would retire from boxing

‘This might be the final curtain for the Gypsy King,’ he said. ‘I promised my lovely wife Paris that would be it after the [Deontay] Wilder fight. But I got offered a fight at Wembley and I owed it to the fans. What a way to go out.’

Fury’s remarkable record stands at 32-0-1 and if he was to retire then he would stand as only the second undefeated heavyweight boxer after Rocky Marciano.

However, Arum – who represents the 33-year-old in the USA – shut down talk of him leaving the sport. 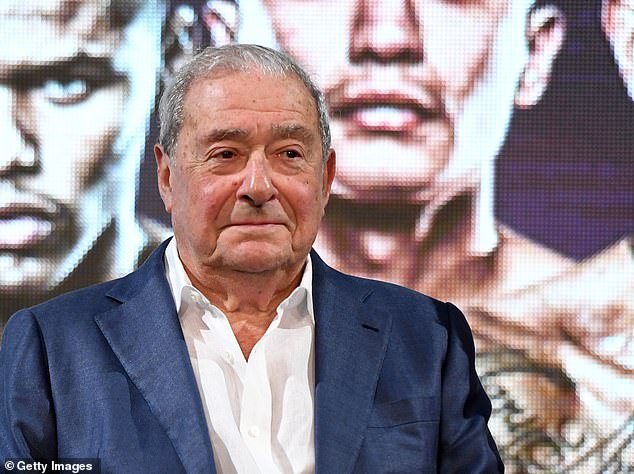 Bob Arum ruled out the possibility of the Gypsy King retiring, saying it ‘definitely’ won’t happen 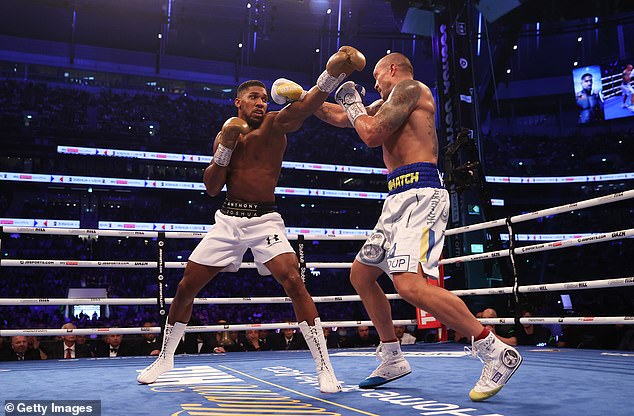 ‘No, he definitely won’t retire,’ Arum told USA Today Sports. ‘Of course not. Are you crazy? We’ll have plenty of time to talk everything out.’

Arum’s comments will raise hopes of Fury facing either Anthony Joshua or Oleksandr Usyk in a long-awaited unification fight.

The pair are expected to meet in a rematch in July after the Ukrainian won by unanimous decision last year.

Another bout that could be on the cards for Fury is an exhibition match against UFC heavyweight champion Francis Ngannou, who he brought into the ring after defeating Whyte. 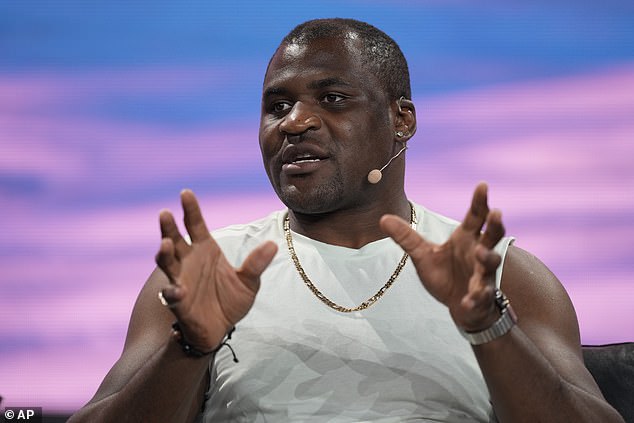 ‘Big Francis Ngannou was here today, he’s on my hit list in an exhibition fight, either in a cage, in a boxing ring, boxing gloves, UFC gloves, we can make it happen,’ Fury said.

Arum confirmed that the crossover fight could be a possibility: ‘I don’t know what [Ngannou’s] contract situation with the UFC is. Obviously it’d be a massive fight, and it should be easy to make.’