Thiago Alcantara completed more than 20 passes more than Everton‘s entire team in the Merseyside derby at Anfield on Sunday afternoon.

Everton went to Liverpool with a clear game plan of trying to contain their title-chasing neighbours and enjoyed some success on the counterattack.

Liverpool were allowed to have much of the ball throughout and this ensured Thiago was able to control the tempo of proceedings for much of the game. 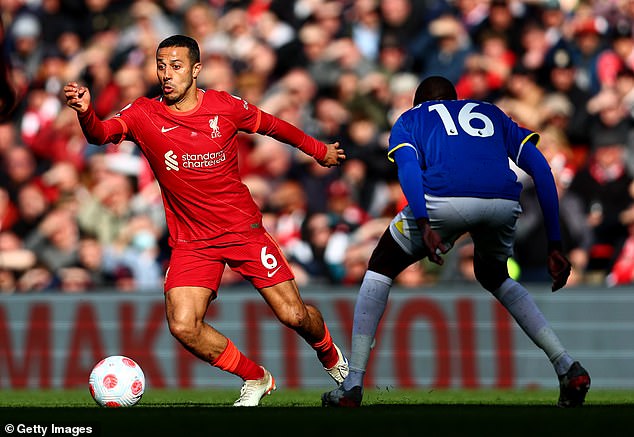 Able to get his foot on the with little pressure from Everton’s deep-lying midfielders, Thiago completed a staggering 120 passes to Everton’s measly 94.

Perhaps Allan, Everton’s Brazilian ball-winning midfielder, provided the best indication of the gulf in quality on the ball between the two sides.

Despite being on the pitch for 73 minutes, he only completed two passes – misplacing a further four. Both of his successful passes came from kick-offs. 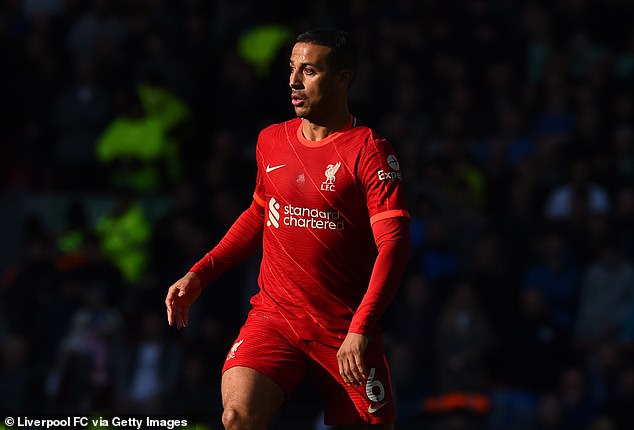 Everton sat off Liverpool throughout, allowing the Spaniard plenty of time on the ball

Meanwhile, Liverpool’s overall dominance on the ball was laid bare by the 82.3 per cent share of possession they enjoyed over the 90 minutes.

Only their title rivals, Manchester City (83 per cent vs Swansea in 2018), have bettered that since Opta began recording such stats in 2003-04.

With Everton in deep trouble at the foot of the table, Liverpool’s victory ensured they kept pace with City and remain only one point off the summit.

The win also meant that Liverpool (79 points) ended the Premier League weekend 50 points ahead of Everton (29 points) in the league table. 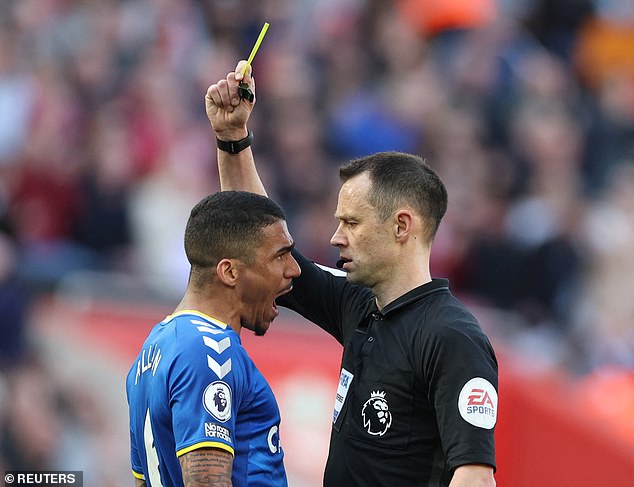 It is the joint biggest lead the Reds have enjoyed over the Toffees in the Premier League era, drawing level with the the points difference at the end of 2019-20 campaign.

Following Burnley’s win earlier in the day, Everton went to Anfield in the relegation zone and despite some dogged defending remain there with games fast running out.

Frank Lampard after the game defended Everton’s performance, saying his players ‘played well’ and stuck to the game plan.

He said: ‘I thought we played well, I don’t know what it looks like in terms of possession. 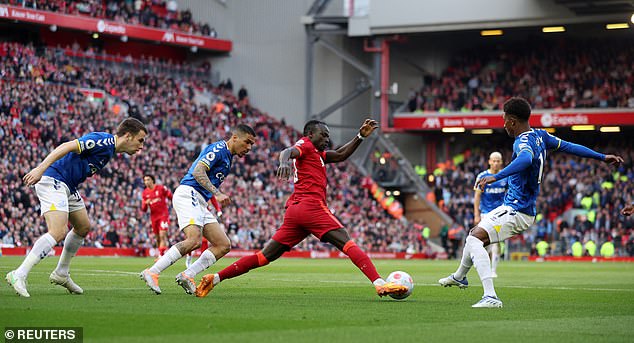 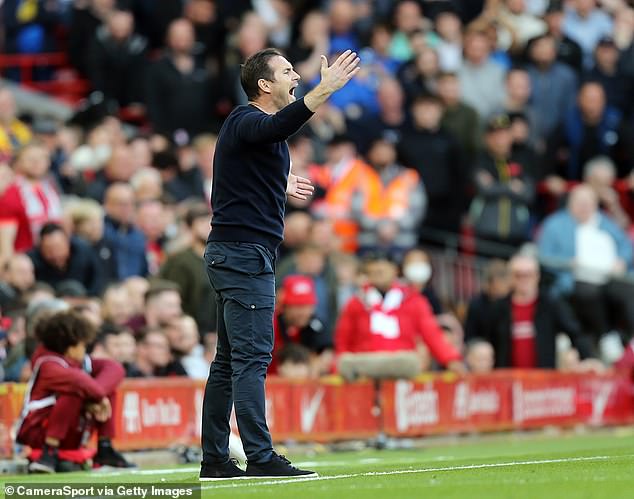 Despite feeling they played well, Everton’s situation is now perilous as they sit in the drop zone

‘Of course, the game plan was understanding that they’re one of the best teams in the world.

‘What [they’ve been] doing to teams recently, I thought could we be disciplined and work hard within that… could we break and create chances? Yeah.

‘They didn’t threaten our goal at all in the first half.’

Wayfair Way Day Early Deal: This $150 Best-Selling Comforter Is On Sale for $49