Paris Saint Germain captain Marquinhos has admitted to him and his teammates struggling in the aftermath of their ignominious Champions League exit to Real Madrid.

The Parisian side led 2-0 on aggregate at half-time in the second leg and appeared to be cruising into the last eight before a Karim Benzema hat-trick ensured the competition’s most successful ever side advanced.

The Brazilian Marquinhos, 27, admitted that the players ‘were in [the] s***’ following the defeat. 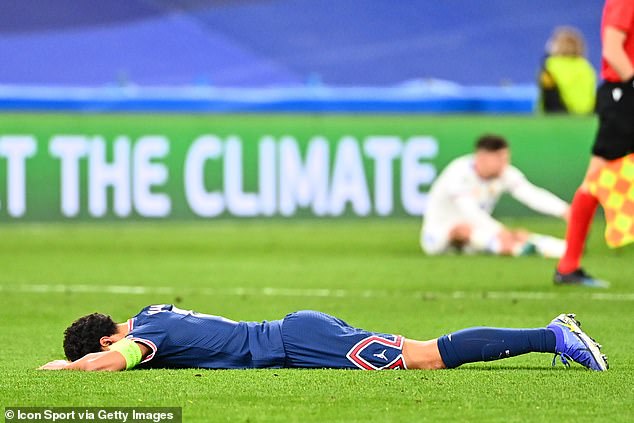 He told Canal+: ‘It was a hard match to digest.’

‘We the players, after a match like that frankly, sorry for the words but we are the first to be in s***,’ he added.

Marquinhos went on to admit to struggling in the immediate aftermath, saying he even found water difficult to stomach the next day.

‘It was an important match for us. The next day, for me, even water was difficult to swallow,’ he said. 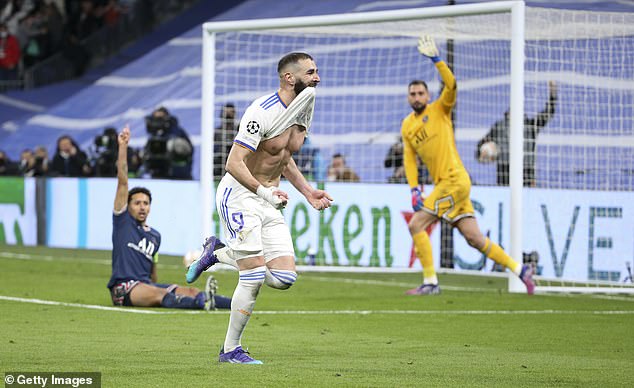 ‘Benzema was great. I won a duel in the first leg and he won the second duel on the return.

‘Maybe on that match, I should have focused more on my actions. Sometimes you want to think so much about the team, about the others and about everything around you.’

The interview was broadcast amid strange times at PSG, with the club having clinched their record-equalling 10th Ligue 1 crown but relations between the club and its fans far from amicable.

The ultras walked out of the game at the Parc Des Princes with Lens on the weekend with 15 minutes remaining in a further sign of their discontent with the club ensuring an odd atmosphere for the title celebrations. 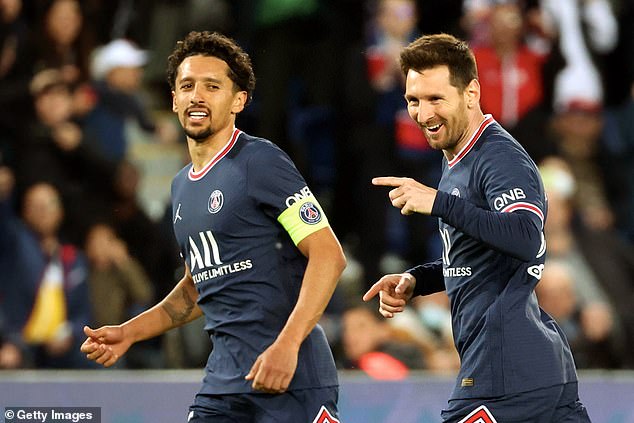 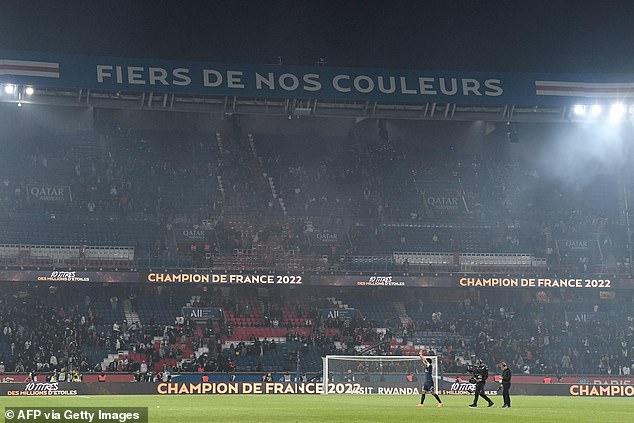 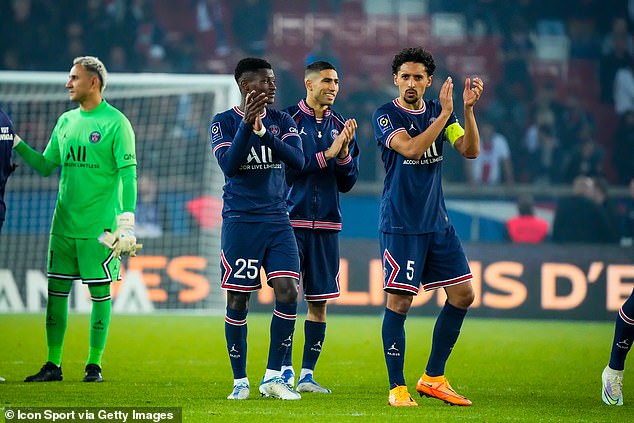 Despite the clear issues at the club, Marquinhos said he currently has no plans to depart the French capital anytime soon.

‘Right now, no, I don’t want to leave,’ the Brazilian said when asked the question.

‘At the start, there was a time when I was interested in doing so, but since then my mind’s always been here at PSG. My desire is to stay,’ he added.

‘We know how it goes in football – as long as you’re performing and playing well, you can have a desire to stay.

‘But sometimes, things can change or the club can no longer want you, as we’ve seen in the past. If possible, I’d like to stay for life here in Paris. That would very much suit me and I would be happy with it.’