Man City and Liverpool will both DROP points in their final five matches, claims Jamie Carragher, as he says Pep Guardiola’s side could be held to a goalless stalemate while his former side could be involved in a four-goal thriller

Jamie Carragher claims both Manchester City and Liverpool will slip up before the end of the season, as he analyses their strengths and weaknesses with the Premier League title race going down to the wire.

Pep Guardiola’s City remain just one point above Jurgen Klopp‘s Reds as they head into the final five matches of the season.

Liverpool appear to have the tougher run of fixtures, although the former defender Carragher insists both sides will slip from now until the end of the season. 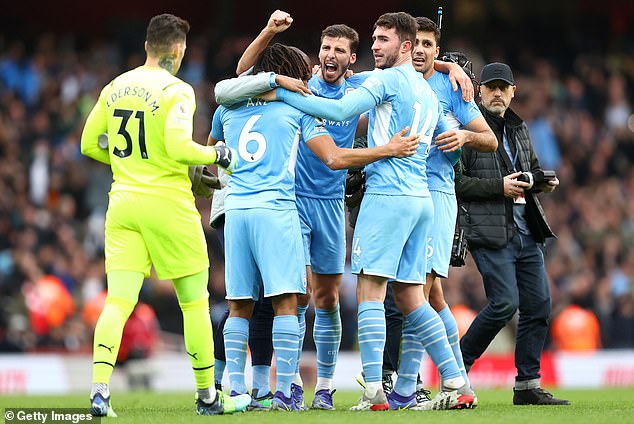 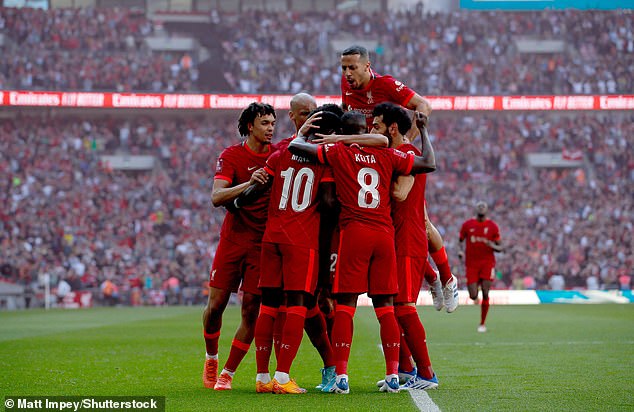 ‘You can’t really split them in an area of the game, but I can see both of them dropping points, I do believe that.

‘Liverpool have scored 85 goals, Man City 80, when you talk about not having a striker the goals are still absolutely phenomenal from Man City. 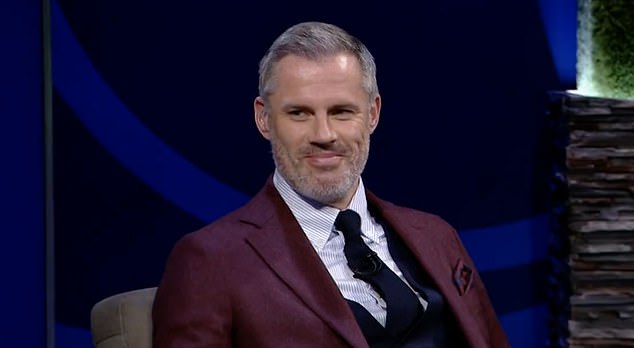 ‘The XG per game shows that Liverpool have the edge. Man City’s top scorer is De Bruyne with 11, and for Liverpool it’s Salah with 22. There’s a big difference.

‘Man City obviously spread the goals out a bit more, but the numbers in terms of their top scorers show Liverpool have a big advantage in attack.’

He added: ‘If Man City are to drop points, it would be down to the fact they could have games where they fail to score.

‘Man City have failed to score in four games this season – Liverpool only one – and they have only scored once in seven games too, so that’s 11 games where they have scored one goal or zero goals.

‘So, you think, if Man City are going to drop points, it must be from a 0-0, there’s been evidence of that this season in games that we’ve seen.’ 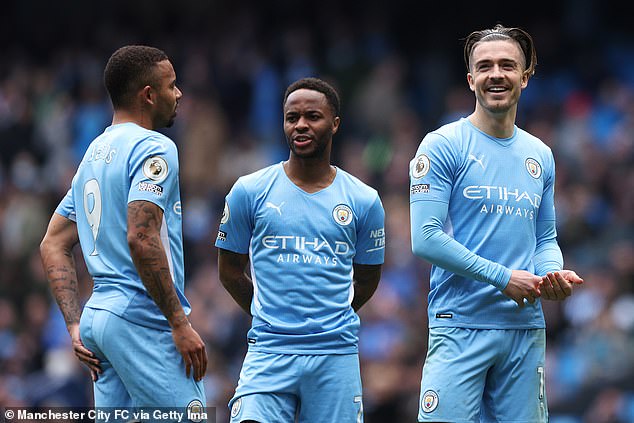 Carragher insisted if Liverpool drop points it will be in a very different way as they seem to score goals in every single match.

Although, defensively City appear to have the edge, and the pundit believes that could be down to not playing with a true striker.

‘We should add that lot of those games where Liverpool dropped points were early on in the season and there has been a change, defensively, in the second half of the season,’ said Carragher.

‘The perceived weaknesses of the two sides are that City haven’t got a striker, and Liverpool’s high line. But I think in some ways those are both strengths for them as well.

‘The defensive stats show City have the edge. Most people would say Liverpool have the best defender in the world in Virgil van Dijk, but as a team, City are better defensively and that might have something to do with not having a striker. 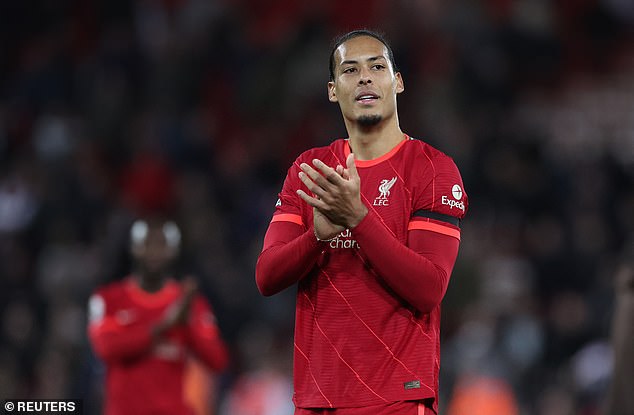 ‘Maybe having more control of the ball in the game means people can’t attack them. Again the numbers are very close. Man City just have the edge.

‘Where there is a big difference is the xG per game. It’s almost a third higher for Liverpool.

‘There’s nothing in the clean sheets but the big one that stands out is that Manchester City have only conceded one goal from a set-piece, Liverpool seven.’

It's Monday night in Kyiv. Here's what you need to know.