Max Verstappen has insisted he took no joy in humiliating Lewis Hamilton at the Emilia Romagna Grand Prix by lapping his struggling rival during the race.

The world champion dominated at Imola, leading all 63 laps to take his second win from four races this season for Red Bull and securing a one-two finish for the team in front of Sergio Perez.

Hamilton by contrast endured a miserable afternoon stuck in 13th place and unable to pass AlphaTauri’s Pierre Gasly, who in turn could find no way past the Williams of Alex Albon. 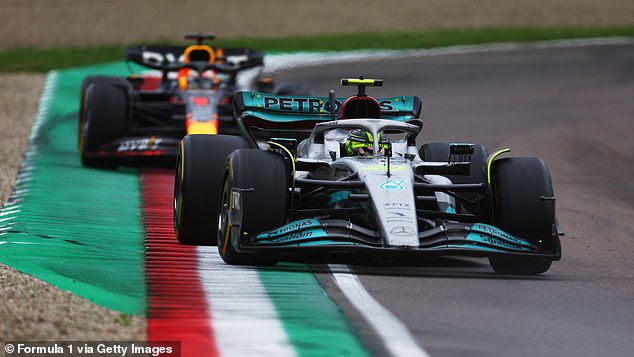 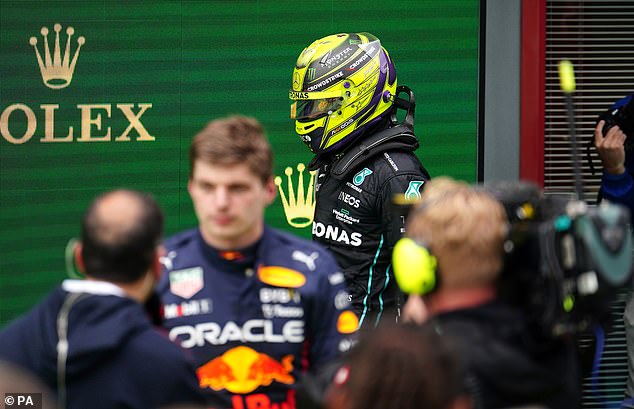 Verstappen took full advantage of his bitter title rival from last season and his struggles at Imola by overtaking him late in the race to go a whole lap clear of the Brit.

The Dutchman though insists he took little joy from building such a huge track advantage over Hamilton, claiming the seven-time world champion’s lack of pace is more down to how poor his Mercedes is.

‘Mercedes has been slow all year, so for me it’s not anything exciting, it just happens,’ Verstappen said when he was asked to reflect on lapping Hamilton. 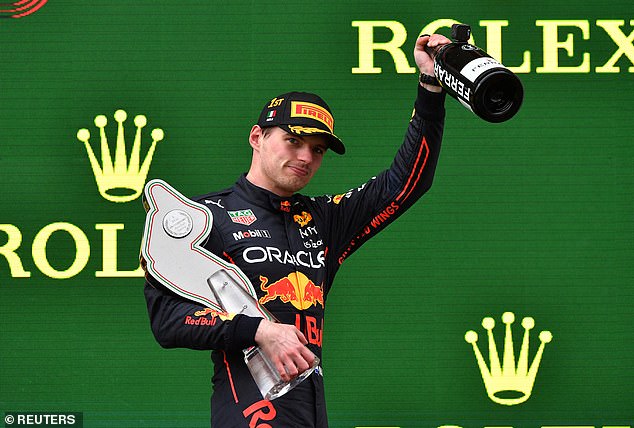 ‘It was a good weekend for us, we needed it. I didn’t expect us to have a weekend like this.

‘But when you have a weekend at the end like this, that’s incredible: a one-two for the team but also maximum points scored. Also the way we handled the race, we didn’t really make any mistakes. A very positive weekend.’

Verstappen’s win takes him right back into the title fight as he trails series leader Charles Leclerc by 27 points, but Hamilton has admitted his hopes of joining a championship battle are already all but over.

He already trails Leclerc by 58 points and with no signs of Mercedes improving their package fears the gap to Ferrari and Red Bull is already too big to close down.

‘It’s been difficult, but I don’t really know what to say,’ said the deflated 37-year-old. ‘It’s definitely not easy.

‘I am out of the championship, and there’s no question about that. It has been a weekend to forget.’