AFL chief executive Gillon McLachlan will stand down from his post at the end of the season, after eight years in the high-pressure job.

Having largely guided the competition through the Covid process as well as overseeing the birth and growth of the AFLW competition, McLachlan’s last year in the job will be focused on completing a new players’ pay deal and a broadcasting contract to replace the existing one which ends in 2024. 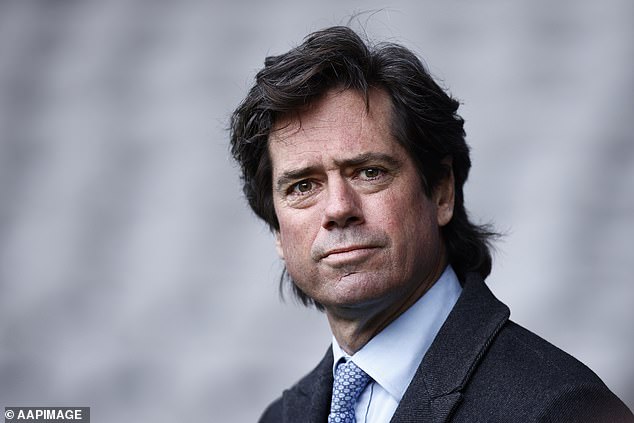 AFL chief executive officer Gillon McLachlan will announce that he is standing down at the end of the 2022 season today.

‘One day I will wake up and feel it’s time and who knows when that is?’ he told the Herald Sun earlier this year.

‘Our finances are going to be fine, we’ve got no debt, and we’ll make a good profit this year, so we’ve got through the financial element. Now it’s investment decisions to make around players, clubs, game development, infrastructure, and they will be made.

From outside AFL House, the top candidate was Brendan Gale, a former playing great who has guided Richmond’s revival to a powerhouse on and off field as Tigers chief executive. 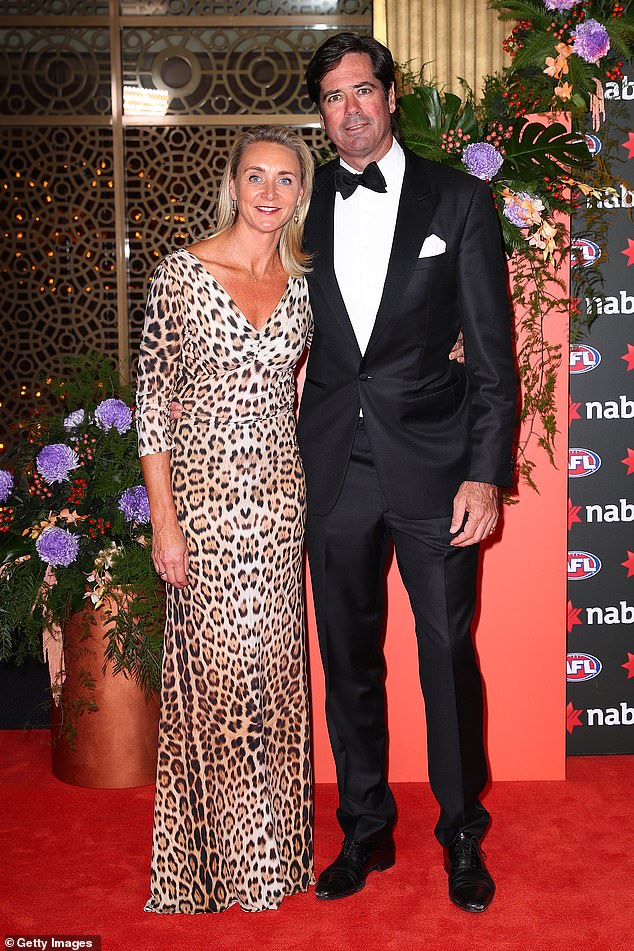 McLachlan and his wife Laura Blythe arrive for the 2022 AFLW W Awards at Crown Palladium on April 5, 2022

1994-2003: Played as a ruckman for the Melbourne University Blues in the Victorian Amateur Football Association

2000: Employed as a strategy consultant to the AFL by CEO Wayne Jackson

2016: Oversaw the acquisition of Marvel Stadium that would ultimately save the competition in the 2020 Covid pandemic

2017: Fast-tracked the establishment of the AFLW competition with eight teams that has now grown to 14 teams. More than 1 million fans have attended AFLW games and the grassroots participation levels have soared.

2018: Strikes deal with Victorian government and the MCG worth close to $500 million that guarantees the grand final will be held at the venue until 2058 (not including the pandemic grand final held in Brisbane in 2020).

2020: Steered the AFL through the Covid pandemic, including establishing hubs in Queensland and South Australia. Delivered a $200 million surplus and ensured all clubs survived

In terms of leaving the AFL in strong financial health, McLachlan was responsible for the media broadcast deal of $1.25 billion in 2021 [when he was deputy CEO] and also engineered the richest broadcast deal in Australian sporting history in 2014 with the $2.5 billion, six-year agreement with Seven, Telstra and Foxtel.

Not only did McLachlan ensure all clubs survived the 2020 pandemic season, he delivered a $200 million surplus.

He used the competition’s investment in Marvel Stadium to provide financial assurance for all clubs and oversaw the relocation of the competition to hubs in Queensland and South Australia – including the historic grand final at the Gabba in Queensland between Richmond and Geelong in 2020. 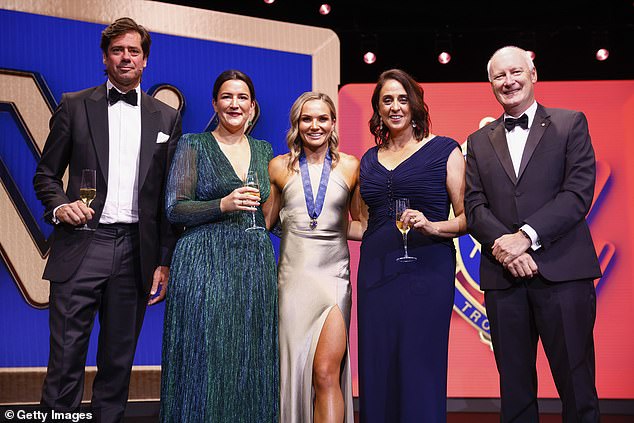 Another legacy that McLachlan will leave is the AFLW competition that recently completed its sixth season. It was supposed to commence in 2020, which means it would have collided with the pandemic and ultimately might not have happened at all.

McLachlan insisted the competition be fast-tracked and it kicked off in 2017 instead, enjoying strong growth over its six years. The results were immediate, with the AFLW resulting in a 6.5 per cent growth of female participation across all levels from 2017 to 2018 and then a massive 14.2 per cent spike from 2018 to 2019.

The 2022 NAB AFLW Competition saw the 1 millionth fan pass through the turnstiles and the league has grown from eight teams to 14, with every club expected to have a professional women’s side in the near future. 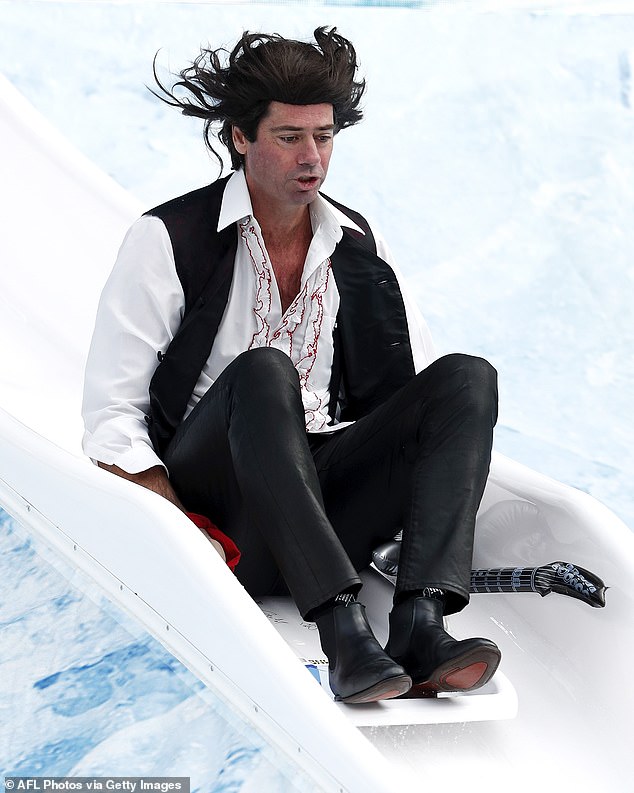 McLachlan goes down the slide during Big Freeze 7 at the Melbourne Cricket Ground on June 14, 2021

‘I don’t think it’s a great surprise that this would be (McLachlan’s) last season,’ he said.

‘I think coming into the pandemic there was a strong feeling that McLachlan felt his work was nearing it’s end and then a whole new set of circumstances arose.

‘Internally I feel like the candidate that they have settled on is Travis Auld,’ Whateley said.

‘Don’t dismiss Andrew Dillon, and I’m not absolutely saying my information’s right, but I feel like late last year there was a move towards Travis Auld being the internal candidate.’

Ukraine war could worsen crises in Yemen and Afghanistan