FOUR people have been killed and several others injured by a knife wielding maniac in Israel.

Police said the Arab attacker drove his car into a cyclist and stabbed five people in the southern city of Beersheba before he was shot dead.

The death toll the highest in a single attack against Israelis since 2017, when a Palestinian rammed his truck into a group of soldiers in Jerusalem, killing four of them.

Amateur video of the Beersheba attack posted online appeared to show armed bystanders shooting and killing the attacker at the scene.

Israel police chief Kobi Shabtai that the incident was carried out by a terrorist known to security services, who had previously served prison time.

He said the attacker appeared to have acted alone.

Shabtai declined to comment further on the suspect, but Israeli media identified the attacker as a 34-year-old Arab man from the nearby Bedouin town of Hura. 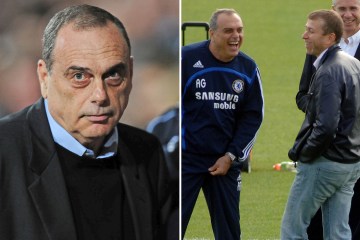 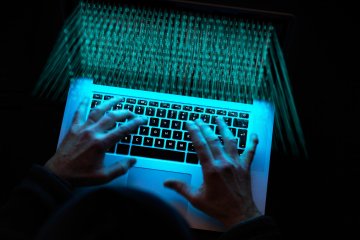 The attack began at a petrol station in Beersheba, shortly past 4pm, according to police and the Magen David Adom emergency medical responders.

Police said the killer got out of his car at the station and stabbed a woman.

He then returned to his vehicle and drove towards a nearby shopping centre, where he rammed the car into a man in his 60s who was riding a bicycle.

After the car-ramming, the suspect left his car and attacked others with a knife, stabbing at least two people.

Police said that “civilians who were at the scene fired (at the suspect) and neutralised him”, without specifying his condition.

Reports said the formed high school teacher was imprisoned for four years after admitting he intended to join the Islamic State group in Syria in 2015.

Israeli Prime Minister Naftali Bennett issued a statement of condolences to the families of the victims.

The premier then praised those who shot the alleged assailant, saying they “showed resourcefulness and courage and prevented further casualties”.

“Security forces are on high alert,” he tweeted.

“We will work hard against terrorists. We will pursue them as well and those who help them.”

“The Raam party condemns the criminal attack in Beersheba and sends its condolences to the families of those killed,” said a party statement posted on his personal Facebook page.

But in the the Gaza Strip, Palestinians were seen distributing sweets to express happiness following the attack and Hamas militant spokesman, Hazem Qassem, praised the attack.

Palestinians have been accused in dozens of stabbing, shooting and car-ramming attacks targeting Israeli civilians and security personnel in recent years.

Attacks resulting in multiple Israeli fatalities have also been rare in recent years, while Israel’s south, including Beersheba, has largely been spared such violence.