Kane Cornes has warned Collingwood not to rush through a mega-money deal to keep hold of Jordan De Goey, despite the troubled star’s strong start to the season.

De Goey, 26, endured a controversial off season which saw him temporarily stood down by the club, but he came back firing on all cylinders in the Pies’ round one win over St Kilda – collecting 27 disposals.

The midfielder’s contract expires this year and he is at risk of leaving the club as a free agent, with reports suggesting that the Pies are putting together a mega-money deal to re-sign him. 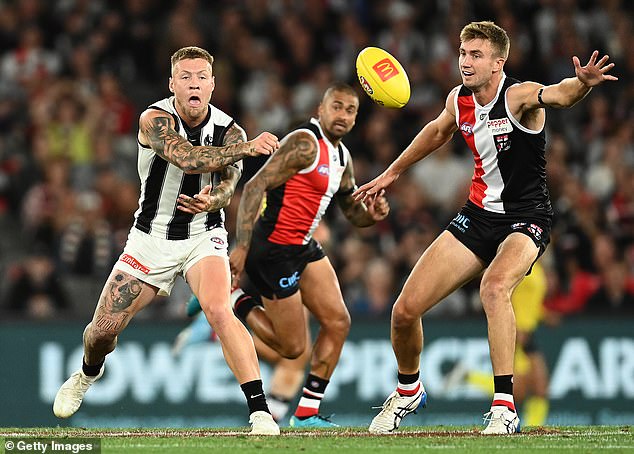 However, Port legend Cornes has urged Collingwood to hold off from making any hasty decisions, insisting that the 26-year-old ‘owes’ the club for sticking by him and should not look elsewhere as a result.

‘I don’t think they need to (blink first in negotiations),’ Cornes said on Nine’s Footy Classified.

‘It’s a fascinating one, but isn’t it a situation where the club just comes out and says, ‘We’re putting all contract negotiations off until later in the year’?

‘Good luck if he does (sign elsewhere). He owes this club, and I know it doesn’t work that way anymore, but there is a little bit of loyalty that is required here. I think Jordan De Goey needs to pay them back, not only with his footballing ability. 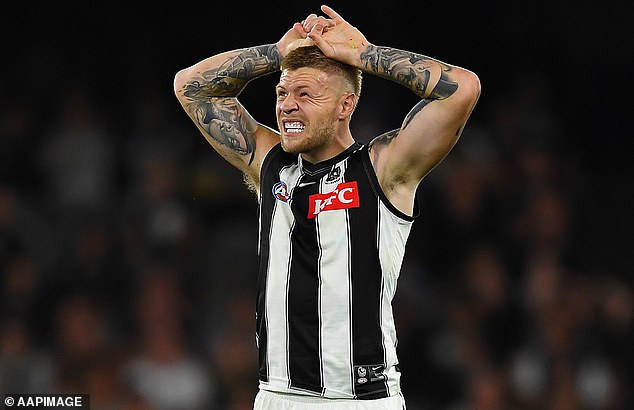 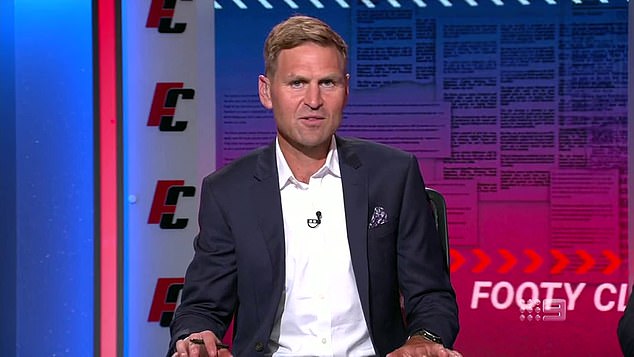 However, Port legend Kane Cornes says the Pies should wait before re-signing the midfielder

‘You could not responsibly sign him now, and I’d be saying it’s a two-year deal if they do re-sign him. He’s going to want a long-term deal, he’s 27 this time next year. Are you comfortable giving him a long-term deal?’

However, Cornes’s Channel 9 colleague Craig Hutchison believes the club will be better served by tying De Goey down sooner rather than later.

‘Ironically, the best deal Collingwood is going to get is right now, by a long way,’ Hutchison said.

‘As the weeks go on, peoples’ preparedness to remember what happened is going to diminish as his performance goes up. By Round 16, they might be wishing they did (re-sign him early).

‘I don’t think they’re going to need to (give up a long-term deal). He’ll take two or three years.’ 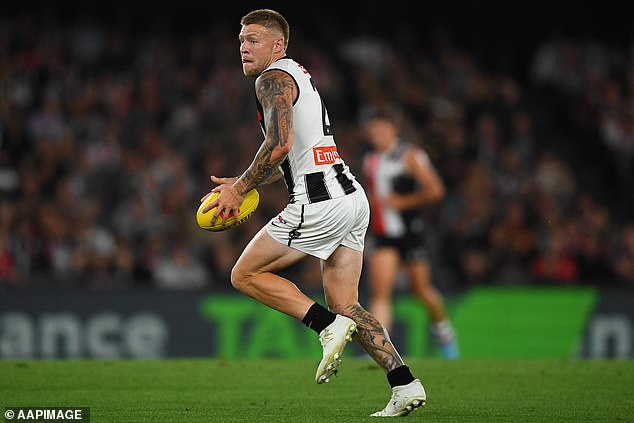