Welcome to Turkey! Galatasaray fans set off fireworks outside Barcelona’s team hotel through the night as they look to disrupt Xavi’s in-form side ahead of crucial Europa League last-16 second leg

Galatasaray supporters made sure to give Barcelona a fiery welcome ahead of their Europa League showdown on Thursday night.

The Spanish side arrived in Istanbul, Turkey in the afternoon before undergoing a training session at the Nef Stadium.

They then made their way back to their hotel but any hopes of a good night’s sleep soon disappeared.

Scroll down for video 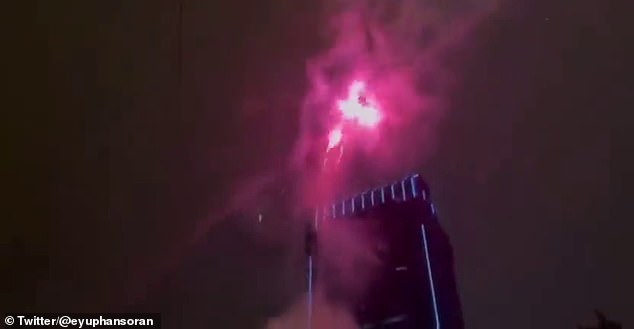 A group of Galatasaray fans gathered outside the hotel in the early hours and proceeded to sing songs and set off fireworks in an attempt to ruffle their feathers ahead of the second leg.

Barca were frustrated by the Turkish side with Frenkie de Jong going closest when he struck the post in the second half from Pierre-Emerick Aubameyang’s overhead kick.

Former Swansea striker Bafetimbi Gomis thought he had earned the visitors an unlikely late win but his sublime finish was ruled out for offside. 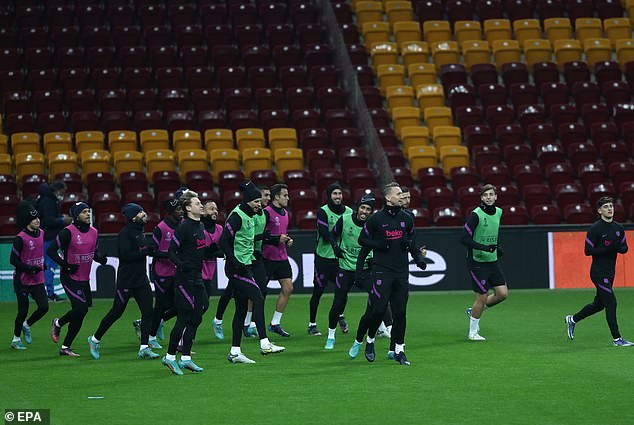 What is a war crime and could Putin be prosecuted over Ukraine?