By Dan Cancian For Mailonline

Sam Docherty capped a miraculous return to AFL action with a stunning goal during Cartlon’s season opener against Richmond at the MCG on Thursday night.

A visibly emotional 28-year-old was engulfed by his teammates as he celebrated his first goal of the season, a moment which seemed absolutely unthinkable back in August. 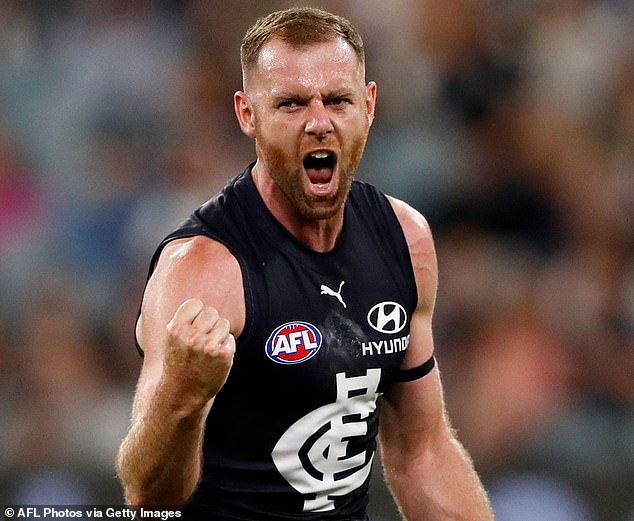 Speaking earlier this week, Blues coach Michael Voss admitted that when he first met the defender in early October, he didn’t think it would be possible for the 28-year-old to feature in the curtain-raiser.

‘One of the first things I did when I was appointed was go around and visit Doch and he was in treatment at that particular time. 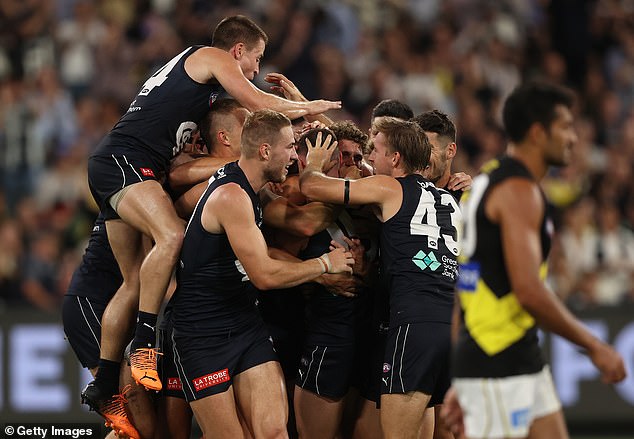 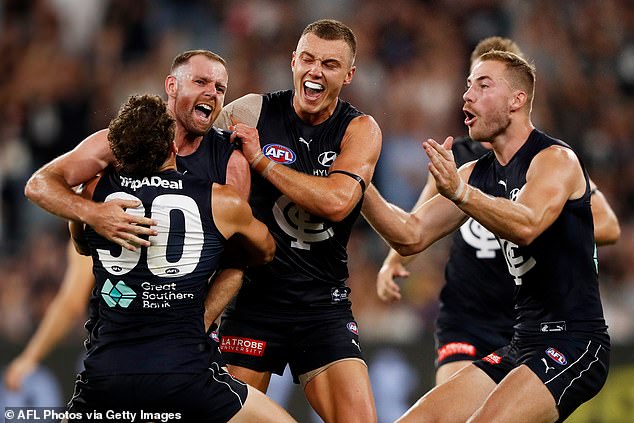 ‘I sat on the park bench and just talked about life, talking about where he was at and what he wanted to do and he said, ‘I want to play Round 1’.

‘I couldn’t believe that he was actually even thinking about that, I tried to give him some encouragement but I was thinking, ‘This would be remarkable if he could do that’.

‘And here he is. It is really testament to the person and how resilient he is and how determined he is.’