DRAMATIC drone video shows a Russian Z tank being blown to bits as its desperate crew run for their lives.

At least five fireball blasts hit the war machine after it was hunted down by Ukrainian defenders in a city street.

It is the latest of hundreds of tanks and armoured cars that Ukraine claims to have destroyed during Putin’s stalled invasion.

The high definition footage – thought to be filmed on a commercial drone in besieged Mariupol – was shared on Telegram channels.

It shows a battle tank with a distinctive Z marking driving through deserted streets and rounding a corner past buildings.

Suddenly it is shaken by a blast which sends a puff of grey smoke billowing from inside. 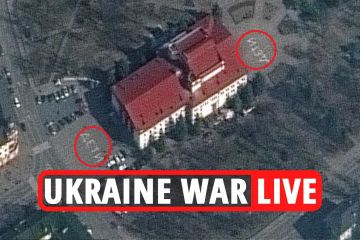 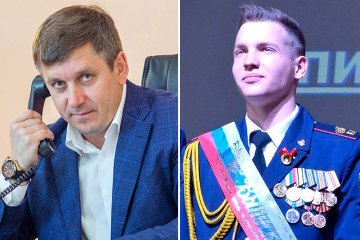 The tank grinds to a halt 20 yards down the road, where it is hit by a bigger explosion and orange flames.

A crewman in the gun turret opens the escape hatch as the driver throws the 40-ton machine into reverse.

Russian soldiers can then be seen clambering out and fleeing on foot as it is hit three more times, possibly by rocket-propelled grenades.

One injured crewman is seen crawling away on the side of the road as a sixth explosion throws debris over the wreck.

The drone camera zooms out to reveal a second Z tank has been hit and is on fire a short distance away.

Yesterday another drone video showed a tank crossing a snowy stream before being hit by a missile that blows it to smithereens.

And Call Of Duty style video from a Ukrainian gunner’s aiming screen showed him peppering a Z tank with explosive shells.

Kyiv claims its forces have killed or captured 13,000 Russian troops so far, and destroyed nearly 200 aircraft, 400 tanks and 2,000 other vehicles.

Vladimir Putin is said to be raging at the disastrous invasion, which he expected to be over inside a fortnight.

His forces have turned to bombing civilians in cities such as Mariupol, where city authorities say 80 per cent of buildings are damaged and thousands are dead.

Yesterday a theatre was destroyed by Russian bombs while up to 1,200 people sheltered inside.

Cuba anti-government protesters jailed for up to 30 years