Jurgen Klopp admitted Liverpool do miss Mohamed Salah and Sadio Mane but that they’ve struggled to break down teams with 10 men with the AFCON stars.

The Reds were held to a goalless draw by Arsenal in the first leg of their Carabao Cup semi-final clash on Thursday night after playing against 10 men for more than an hour following Granit Xhaka’s red card.

Liverpool are without star men Salah and Mane for several weeks with the pair representing Egypt and Senegal respectively at the Africa Cup of Nations. 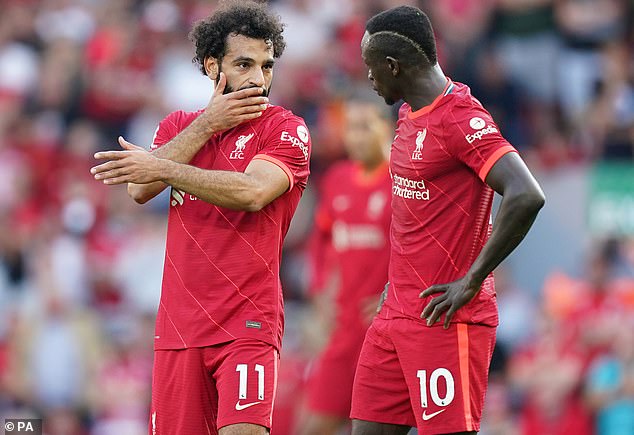 Salah has been in sensational form this season, notching 23 goals and supplying nine assists in 26 matches while Mane, on the opposite flank, has contributed 10 goals and one assist.

‘Do we miss them? Yes,’ Klopp said in his pre-match press conference for his side’s clash against Brentford on Sunday.

‘But I liked the start we made in the game yesterday.’ 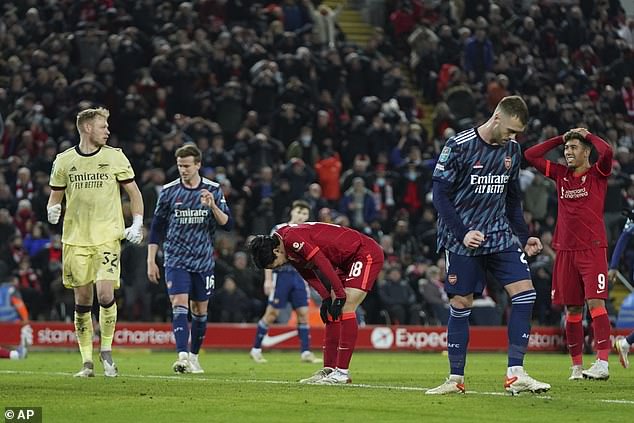 The Liverpool boss was quick to point out that his team have found it hard against 10 men when Salah and Mane have been in the side as he insisted a lack of pace wasn’t the issue in stalemate with Mikel Arteta’s Gunners at Anfield.

‘We have had struggles before with Sadio and Mo v 10 men. Breaking down a low block is the most difficult thing in football.

‘Last night we didn’t miss pace, that wasn’t the problem. There was no space to use that.

‘We just have to build on how we start. We have to play between the lines – quick thinking more important than quick running. We are here to find solutions.’ 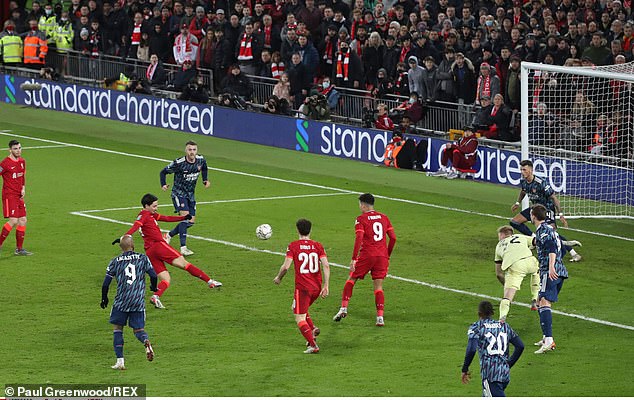 Klopp selected Diogo Jota, Takumi Minamino and Roberto Firmino as his front three in the absence of Salah and Mane but it was a frustrating night for the hosts.

Xhaka was sent off for a high challenge on Jota when he was the last defender in the 24th minute Liverpool struggled to find a breakthrough.

Minamino fluffed his lines with at the goal gaping, blazing the ball over from close range in a chance described as one that was ‘easier to score than miss’ by fans.

Divock Origi could be handed more game time with Salah and Mane on international duty and Klopp revealed on Friday that the striker is edging closer to full fitness.

‘He’s been outside running and looked really good so he won’t be far away,’ he added.